Scotland has the dairy ‘wow’ factor 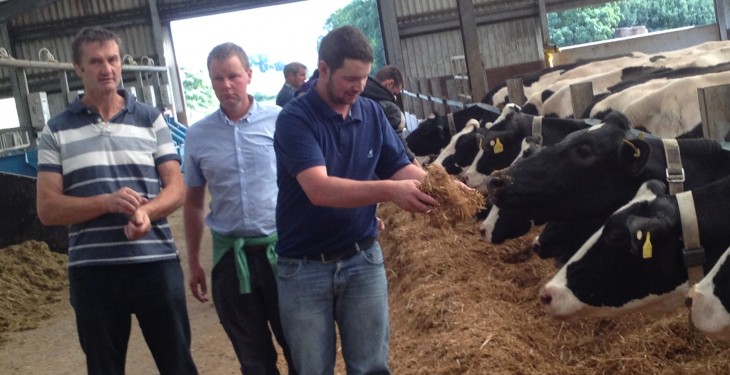 “Scotland really does have the ‘wow’ factor. Many on the discussion groups were overwhelmed at the scale of some of the farms we visited, for example a herd of 1,100 that is set to expand to 1,500. There is no farm like that in Ireland. There will be in time, it will be exception rather than the norm.”

The dairy discussion group visited four dairy farms in south western Scotland. At the Scottish Dairy Research Unit at Crichton Royal Farm in Dumfries, the group got to see a farm comprising of 310ha and 510 diary cows, with the average of 9,000 litres per cow.

One of the key aspect that was observed was calf-rearing. Speaking to AgriLand, Keogh explained: “The attention to calf-rearing was exceptional. The testing of colostrum for every calf born was common practice but not so in Ireland. Many of the dairy farmers since the visit have now bought colostrometers and are now testing colostrum.”

In addition, the emphasis on slurry was stressed.  “The extraordinary use of slurry and pumping underground and the results that were achieving were of huge interest to the group.”

In one farm chemical nitrogen usage on the farm was brought down from 130 tonnes to less than 50 tonnes in the past 10 years. According to Keogh, this has been brought about by making the most of the slurry  produced on the farm.

In conclusion, Keogh noted: “At the end of the day what did we learn from our Scottish trip? Firstly the scale of the farms meant that they had big labour requirements but when divided out, it was roughly one labour unit per 100 cows. So managing people was key. In one farm there was 12 staff looking after 1,100 cows, which is very unusual from an Irish point of view.

“Also regardless of the farming system all farmers we visited were testing the colostrum for quality before feeding it to new born calves, using a colostrometre. Also the low-cost/alternative cow and calf accommodation provided food for through for the group.”

And the plan for next year is a tour of France.”There might be a language barrier, but France is definitely a possibility.”