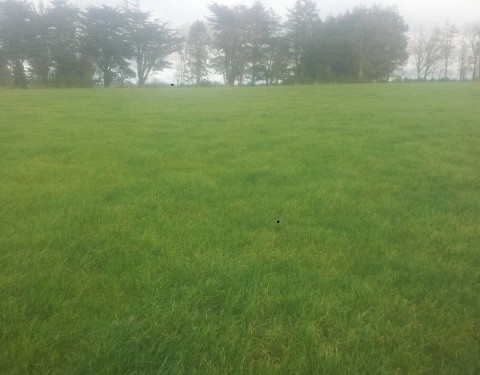 Met Eireann forecasts a mostly dry week for the country this week. Rainfall is well below normal in most parts of the country. This follows on from a dry weather spell last week, where at Shannon Airport only 13 per cent of the normal rainfall for this time of the year fell was reported.

This period of dry weather is set to continue this week, according to Met Eireann. Today will be dry, but rather cloudy with top temperatures seven to 10 degrees. The cloud will remain tonight and scattered patches of drizzle and fog are forecast. Met Eireann said where there are clear spells some grass frost will form with lowest temperatures of three to six degrees.

Tomorrow is forecast to be a similar day to today with only occasional sunny spells and top temperatures of eight to 11 degrees, best in western areas.

According to Met Eireann, the rest of the week is to remain dry and settled. However they do say there will be a change on Thursday night and for Friday.

Forecasters say the weather for Thursday will follow a similar pattern to the earlier part of the week. It will be mostly cloudy, with just occasional bright or sunny spells. With the best weather along the south coast with top temperatures will be in the range of eight to 10 degrees.

On Thursday night a spell of wet and windy weather will move down from the northwest. The rain will continue on Friday morning with quite strong winds. It is forecast to turn showery later in the day on Friday with the chance of some hail.

At the moment Met Eireann say the weekend will see some showers at times, but overall, there will be a good deal of dry weather, with a mixture of cloudy periods and occasional sunny spells.