New milk supply contracts for Glanbia in the New Year 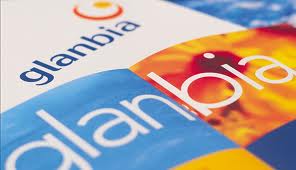 Glanbia milk suppliers will be asked to sign new milk supply contracts in the New Year, according to a spokesman for Glanbia Ingredients Ireland Ltd (GIIL).

Speaking to AgriLand this afternoon, Glanbia’s spokesman confirmed that new milk supply contract arrangements between farmers and GIIL are under way and it has yet to publicly announce proposals.

“GIIL views the abolition of milk quotas post 2015 as a strategic development opportunity for the business and for its 4,500 milk suppliers.

“Through expansion at the Ballyragget facility and also the  investment in the first dairy facility of scale to be built in more than 40 years at Belview, County Kilkenny, the business is  positioning itself to harness this opportunity.”

He concluded by saying in context in the early new year  2014, GIIL will communicate with its milk suppliers arrangements in respect of  milk supply agreements in order to improve each party’s ability to plan for the post-quota era.”