January milk intake down 14.9% as milk imports continue to rise

Domestic milk intake by creameries and pasteurisers was estimated at 112.3m litres for January 2015.

This was 14.9% below the corresponding 2014 figure, according to the figures from the Central Statistics Office (CSO). The figures also show that the level of milk imported into Ireland continues to rise.

The volumes of whole milk being drank by the general public are reducing, as skimmed and semi skimmed consumption grows.

The figures from the CSO also show milk intake volumes across the EU in the January – November period of 2014, and every country in the EU, bar Greece and Spain increased their dairy production in 2014.

Across the European Union there was a 4.8% increase in milk intake volumes, with Romania and Latvia both increasing their volumes by over 10%. 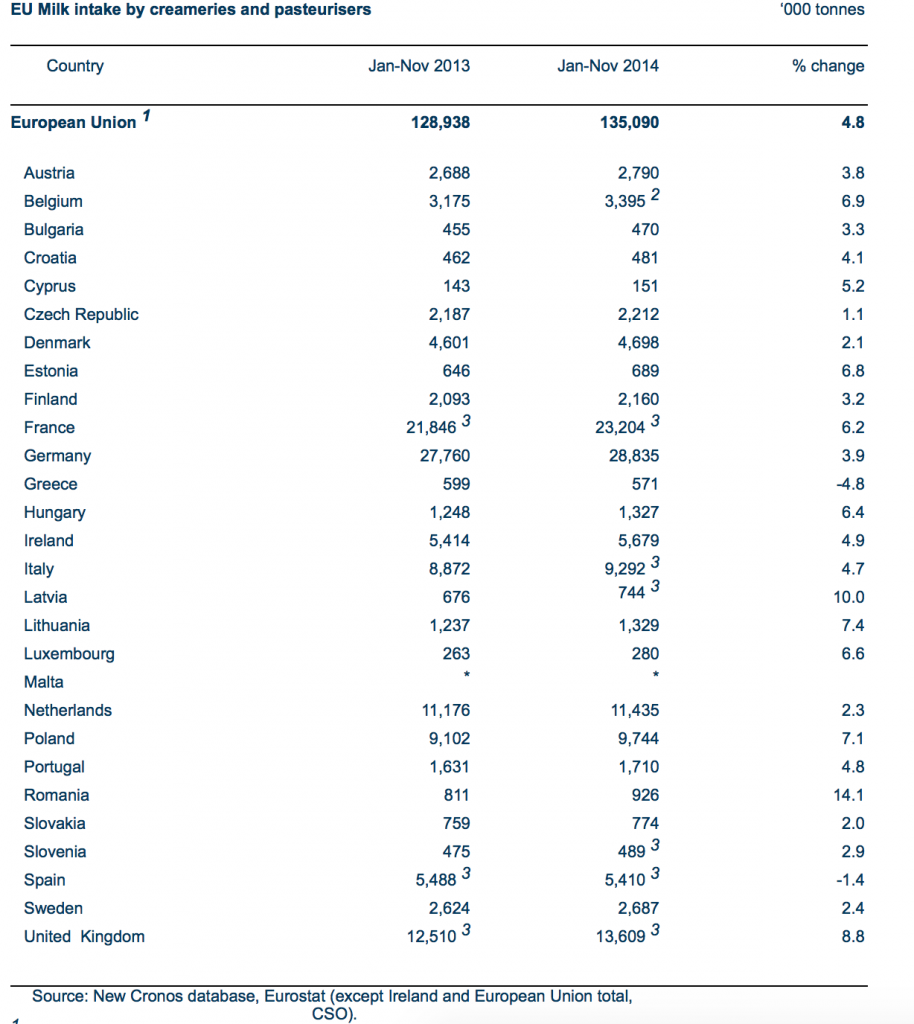