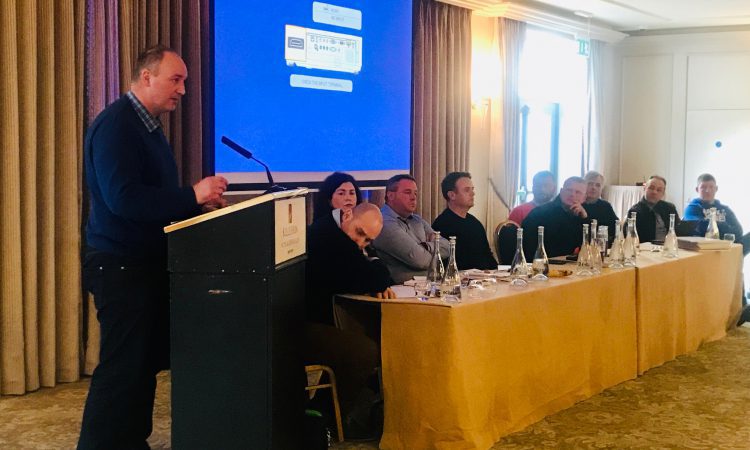 Beef Plan’s Eoin Donnelly has spoken out in response to the deepening divide that has rocked the farmer representative body to its core.

Over recent weeks Donnelly – who lives in Westmeath; but farms in east Galway – has been in the eye of an internal Beef Plan storm over governance issues and the running of its 2020 elections.

Drilling further into the issues that appear to be at the epicentre of the row – and cited across both factions – the dispute appears to have manifested over: the enactment of the organisation’s rules of governance; the formation of a “supplementary regulations” document for the running of AGMs and elections; the organisation’s membership register; the financial position of the organisation; the authoritative capacity of the National Committee; and the content of a letter sent to UK retailers with regards to Irish beef production.

As the toxicity intensified, it resulted in a statement from Beef Plan’s co-founders (Hugh Doyle and Eamon Corley) directing that the the organisation’s national, regional and sub committees be “stood down” alongside its spokespersons in light of what the co-founders described as “disciplinary issues” that warranted “investigation”.

Many of the organisation’s WhatsApp groups and pages – the organisation’s chief form of communication with its previously claimed 20,000 members – were shut down in the crossfires of the row, causing widespread confusion among its grassroots.

Frustrations worsened still when Donnelly – who is Beef Plan’s western chair, vice chair of Galway and who acted as lead negotiator for the entity during last summer’s beef talks – was initially prevented from running for the Galway chair position earlier this month, as it was claimed that his €10 membership form could not be located.

(Donnelly was later given the go-ahead to run. However the AGM was abandoned for a second time).

Despite the high drama, Beef Plan’s co-founders decided to carry on with its own AGMs in its bid to establish a new National Committee for the organisation – An Garda Siochána had a notable presence outside one particularly controversial meeting in Co. Tipperary.

Both Enda Fingleton and Alan O’Brien are directors of Beef Plan Movement CLG (company limited by guarantee); the other two directors are Hugh Doyle and Galway chair Kevin O’Brien.

Most of the original committee essentially claims that the rug has been pulled out from under them without any meaningful communication or mediation on the reasons behind the aforementioned actions from its co-founders.

It is the original committee’s view that the national chairman and co-founder (Hugh Doyle) and co-founder and Meath chairman (Eamon Corley) have “no power to stand down” any committee in the Beef Plan Movement “on their own”.

They contend that such authority is not written in Beef Plan’s rules of governance.

They contend that it is stated in the rules (signed by all four directors) that the National Committee has responsibility for the overseeing and running of elections.

As a result of the situation, most of the original National Committee say it was within their gift – as per the rules of governance – to call an extraordinary general meeting (EGM) on Sunday last, January 26.

Organisers say an estimated 250 members attended the meeting at The Killeshin Hotel in Portlaoise, where the original National Committee shared its experience of the dispute to date and outlined that the original committee would remain in place until all county elections are complete.

In his first public address to members since the saga began, Eoin Donnelly explained the following:

“This is a meeting of fundamental importance for what we do as an organisation; 18 months, that’s how long Beef Plan has been around.

“I wasn’t involved in the very, very first meetings; but certainly, around November 2018, I would have been made aware of what was going on – primarily through social media.

“I was reading something about a meeting in Tullamore on AgriLand one morning and I said ‘I want to become part of that’. I picked up the phone and called Eamon Corley and the rest, as they say, is history in terms of my involvement in Beef Plan.

“These people on the committee; I knew none of them up to 18 months ago – some of them not even 12 months ago. But what we have done as an organisation is quite remarkable.

“I think it’s horrendously unfortunate where we are today as an organisation; the way the organisation is being hamstrung in my opinion.

“It’s wrong and in fact this is the reason I got involved in Beef Plan originally – to stop this from happening to farmers.

“It has such similarities as to the censorship and dictatorship that is going on in the beef industry that has resulted in farmers being exploited for years and years and years.

“The fundamental issues that we need to agree on are firstly our WhatsApp access so people can actually share and have what is considered ‘natural law’ – you need to have the right to reply. 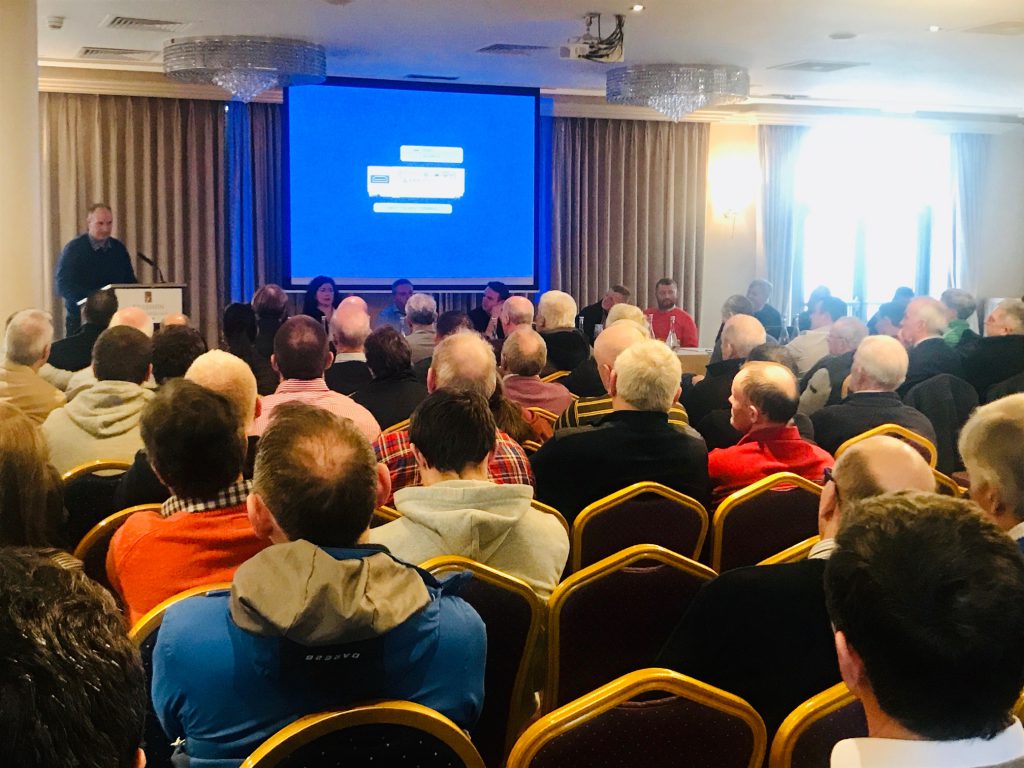 “And secondly what steps are we going to take to mitigate against, what is for me, a major concern in the organisation – the elections.

“It is the most important thing that we have elections that are open, transparent and fair – and that nobody in the country can turn around and say ‘there is something dodgy that’s after happening with Beef Plan elections’.

“What does it say for the organisation when there are more guards and more security at the doors of an AGM than there was at the meat factory in the middle of the protest? What does that say to the general public?

“There is something grossly wrong with what’s going on if you need the guards at an AGM with only 20 people inside and security on the door.

“The only time we saw the guards in Athleague was when they were dropping off the milk for the tea.

“From the date when the rules of governance were signed off we have been asking for meetings with…the chair to ensure that there is enough guidance given to the counties that elections are held in.

“That people will see who is actually nominated for positions and who is going to contest the various positions on the committees or how many people should be on a committee and who has a vote.

“And with that then we said we have to make sure that we address this anomaly that is the membership – and myself included in the membership.

Donnelly aired his frustrations over the running of the Galway election earlier this month.

“When my form went missing I wasn’t allowed to run for election originally in Galway.

“I don’t know what they are afraid of; are they afraid I will win?

“I was never on Twitter, never on Facebook, until the last couple of months and do you know what? Now I wish I never was.

“Some of the stuff I’ve been reading about myself. I don’t know the social media world; I had a very quiet life up until 18 months ago.

“I done my job, I looked after my cattle, made sure things were okay at home and that was life.

“But what’s being written about me now, even by people that are hiding behind pseudonyms, you don’t know who is writing what about you.

“They can create a Facebook account, write what they want, but there are no consequences for their actions.

“And maybe they believe what they are writing is true; I don’t know. But I can tell you one thing, none of them have come and spoke to me.

“The elections need to be done in a fair and transparent way; I don’t mind who wins, loses or draws.”

He went on to say:

“We wanted an organisation to get away from what’s been going on; and now I would argue that we are worse than any of them the way things are being ran at the moment.

“There was a flurry of communication sent out last night [Saturday, January 25] for election dates.

“Now I haven’t talked about this with the National Committee, but I’m going to go with my own personal suggestion here.

“We have no choice now, I don’t think, but go with the dates that were advertised last night – February 14 and 15 [on] Valentine’s Day.

“Because if we don’t we’ll only end up confusing all the other members around the country, because they are sick to the back teeth of everything that’s gone on.

“It’s all a muddle; and they are saying ‘as grown-ups sort this out’ and that’s what we have to do.”

In a subsequent development AgriLand received a statement (dated Monday, January 27) on behalf of a group purporting to be the “newly-elected National Committee – elected under the signed-off rules and [of] governance”.

It asserts that Sunday’s meeting was “unauthorised” and describes the out-workings as a “type of sabotage”.

The statement said: “The unofficial EGM was not a valid meeting of Beef Plan and the business discussed is not binding on the organisation, as no member received any notification thereof.

“It appears the sole purpose of the meeting and handful of individuals that organised it was purely character assassination of the people within the organisation that wish to follow the rules and get on with the proper democratic election process and get on with representation of farmer members.

“The organisation will have to look at the organisers of yesterday’s meeting and their future role in the association.

“Over the last number of months, the four directors of Beef Plan – Hugh Doyle, Kevin O’Brien, Enda Fingleton and Alan O’Brien – were given the responsibility of putting in place rules and [of] governance to safe-guard the organisation into the future. The former temporary National Committee had a significant influence in the final draft of the rules and Government which was signed on December 6, 2019.

It later went on to say:

“The unofficial EGM/meeting held on Sunday [January 26] had no legal standing and was not in line with proper EGM notification rules. Furthermore, the former temporary National Committee has no authority to organise this event or any other event and, as of January 15, 2020, they are only ordinary members. This meeting has only served to further damage Beef Plan.

“As of January 24, notice has gone out to the remaining counties who have not yet held their AGMs. These remaining AGMs will be held on February 14 and 15. This will be the last opportunity these counties will have to hold their AGMs and elect their County Committees and elect a representative to be part of the National Committee. Any member of any county that has not yet held their AGM can assist in organising the event.”

Stay tuned to AgriLand for more on this story… 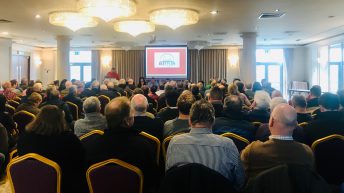