Is your raised bog one of 46 to be de-designated? Find out here

The drafting of legislation has been approved for the de-designation of 46 raised bog Natural Heritage Areas (NHAs), the Minister for Arts, Heritage and the Gaeltacht, Heather Humphreys has announced.

The Minister is now to submit the General Scheme of the Wildlife (Amendment) Bill to the Joint Oireachtas Committee on Regional Development, Rural Affairs, Arts and the Gaeltacht for pre-legislative scrutiny.

The publication of the legislation is identified as a 100-Day Action in the Programme for a Partnership Government.

Minister Humphreys said that this legislation is an important step forward in terms of securing a long-term resolution for turf cutters. 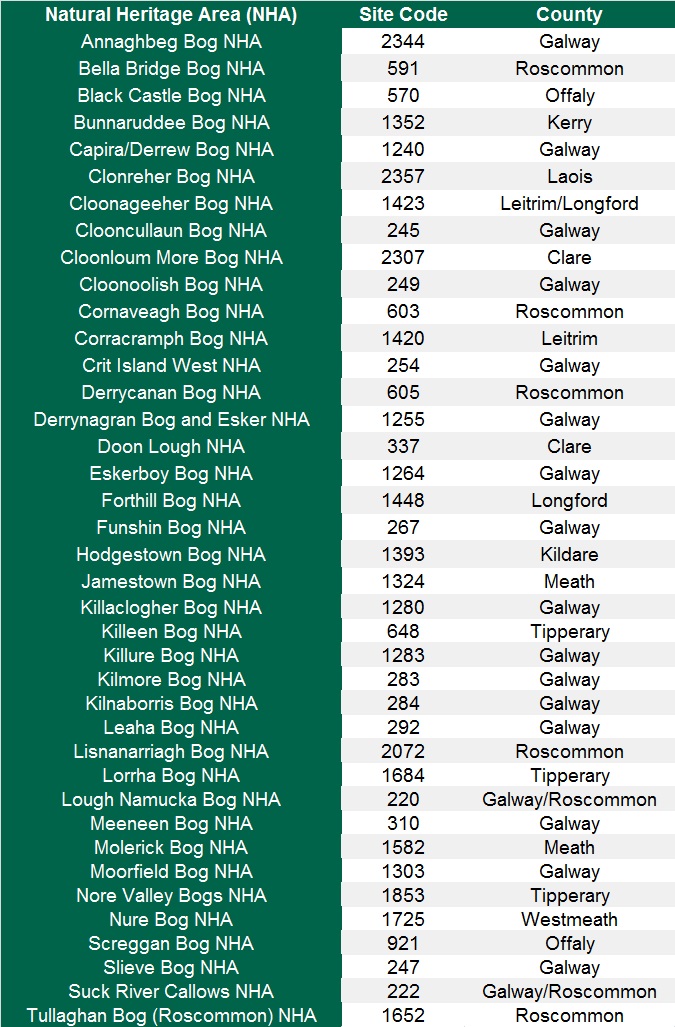 “The legislation will implement the recommendations of the Review of Raised Bog Natural Heritage Area Network, which was approved by Government in 2014.

“It concluded that Ireland could more effectively conserve threatened raised bog habitats through focused protection and restoration of a reconfigured network.”

This will result in the phasing out of turf cutting on certain existing NHAs by January 1, 2017 in addition to the partial or complete de-designation of certain NHAs.

“There will be around 2,500 fewer actively cut turf plots in the reconfigured network.”

“It is my hope that de-designating these bogs will help with the relocation process, which is an important piece of the overall resolution for turf cutters,” she said.

The seven bogs to be partially de-designated are:

In January 2014, the Review of Raised Bog Natural Heritage Area Network was published and concluded that Ireland could more effectively achieve conservation of threatened raised bog habitat through focused protection and restoration of a reconfigured network.