Video: Is this the best way to load and carry wrapped bales?

Andersons Group  – from Quebec, Canada – will shortly launch what it describes as a “unique bale collecting trailer”.

It can pick up wrapped round bales from the field (on the move) with “no risk of damaging the wrapping”.

According to the manufacturer, its RBM2000 PRO trailer transforms bale collection into a “one/man machine operation” – resulting in quicker field clearance, as well as requiring less labour and fuel.

It also, says the company, reduces the risk of soil compaction.

It can do all of this thanks to a lifting arm with an “innovative” design, which has a bale detector that initiates the loading sequence as soon as the arm contacts the bale.

This enables it to grip the bale and apparently lift it without scuffing it on the ground – thus supposedly reducing the risk of damaging the wrapping film. 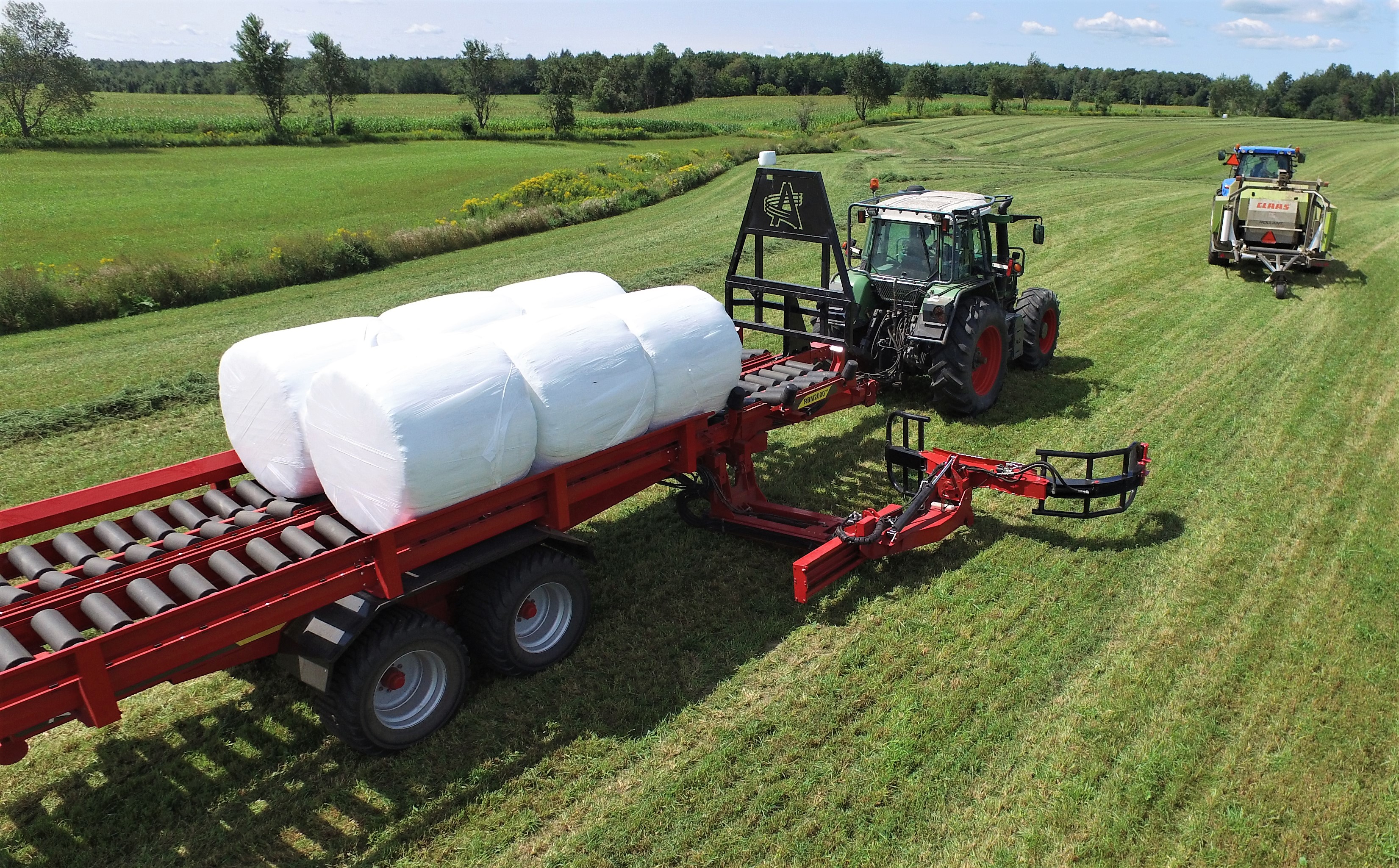 The trailer can carry 20 bales, with two lines of seven on the bottom and a single line of six placed on top of them.

All the trailer’s operations are overseen by the machine’s Danfoss Plus 1 Controller and Danfoss DP720 touch-screen monitor. These controls, says the manufacturer, enable the machine to be operated efficiently by less experienced operators.

Bales are unloaded by tilting the trailer rearwards and pushing them off with the headstock, so they land on their end – ready for stacking.

Todd McMyn, export sales director, says the trailer offers several valuable benefits to users. He explained: “Normally, loading wrapped bales is a slow operation with one person in a fork-lift carrying bales to a static tractor and trailer. Both vehicles then have to move back to the yard to unload.

Like other Andersons’ trailers, the RBM2000 PRO enables one operator and machine to pick up bales on the move and transport them back to the yard for stacking.

“With a conventional system, there is always the danger of the loader causing localised compaction as it shuttles back and forth to the trailer.

“The fact that bale removal is now so swift and easy means the fields get cleared more quickly, enabling slurry or fertiliser to be applied so the next forage cut gets a good, fast start.

It weighs 5t when unladen.

The trailer will get its official debut at Agritechnica.

Is this the future of bale transport in Ireland?