Which calf breed comes out on top for average daily weight gain? 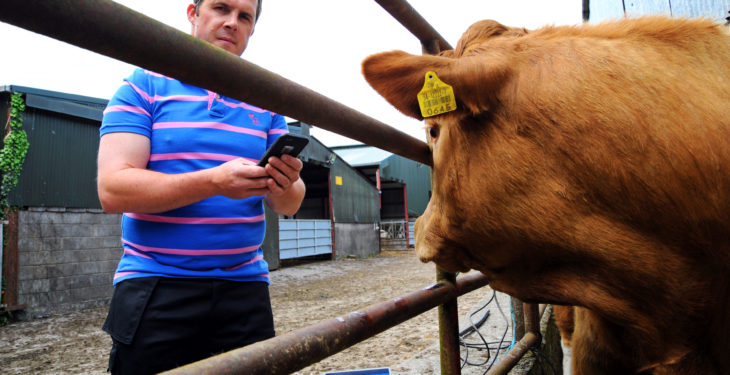 Brian Reidy from Ballylooby, near Cahir, Co. Tipperary is another farmer who records his cattle's weight

In an effort to improve margins, farmers are recording more and more data to identify which breed or individual animal is leaving the most amount of money in their pockets.

A total of 5,434 calves across 218 farms have had their weights recorded in the Herdwatch app between the beginning of this year and October 1. During that time period, over 24,000 weighings have been recorded using the app.

For 2017-born calves to date, the average daily gains (ADG) across all breeds equates to 0.84kg/day.

If broken down further, the data indicates that Charolais-cross calves have the best ADG – standing at 1.3kg/day. Both Charolais calves and Simmental calves follow closely behind with ADGs of 1.29/kg/day.

The lowest performing breed, which will be unsurprising to most, is Jersey calves – with an ADG of just 0.56kg/day.

Farmers in counties Cork, Tipperary, Offaly, Limerick, Kilkenny and Laois were most likely to record the weight gain data on the Herdwatch app.

Any weights recorded in the app are then forwarded directly to the Irish Cattle Breeding Federation (ICBF), which subsequently feeds into farmers’ animals individual Eurostar or EBI (Economic Breeding Index) rating.

Having purchased a weighing scales about two years ago, a suckler farmer from Skeaghbeg near Headford in Co. Galway – Denis McHugh – has recorded over 250 weights on the app.

His aim while recording the data was to identify the cows producing the best calves on his farm. McHugh incorporated the task of weighing the animals when they would be in the yard for routine dosing.

For more information check out www.herdwatch.ie. 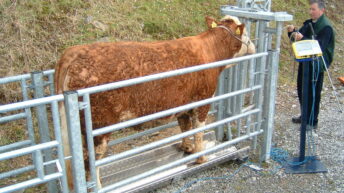