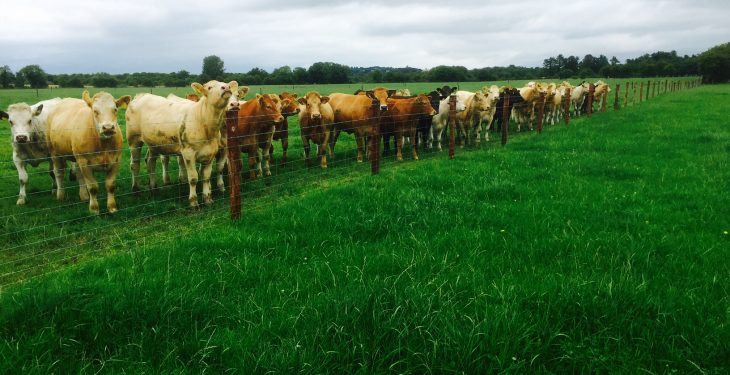 Irish heifer prices continued to close the gap on those on offer across the UK, according to the latest figures from the Livestock and Meat Commission (LMC).

In the week ending April 2, Irish farmers were paid 395.8c/kg for an R3-grade heifer carcass. This represented an increase of 11.7c/kg from the 384.2c/kg paid at the beginning of March.

As a result of this increase, Irish heifer prices climbed from eighth to sixth in the EU heifer price league table.

Heifer prices in the North retained four place in the league table; despite a decrease of 1.5c/kg compared to the price on offer in the week ending March 5. At the beginning of April, farmers in Northern Ireland were paid the equivalent of 406.4c/kg for an R3-grade heifer.

Heifer prices in Britain remained in third place in the league table in the week ending April 2 – equivalent to 410.6c/kg. This fell by 5.3c/kg in the space of four weeks, figures from the LMC show.

Farmers in Britain and Northern Ireland were paid 14.8c/kg more and 10.6c/kg more respectively than their counterparts in the Republic of Ireland at the beginning of this month.

This equates to €40.44 more for British farmers on a 280kg heifer carcass and €29.68 more for farmers in the North on the same animal, compared to farmers in the Republic of Ireland.

Meanwhile, the price difference between the North and Britain stood at just 4.2c/kg in the week ending April 2. This adds up to a price gap of €11.76 on 280kg heifer carcass.