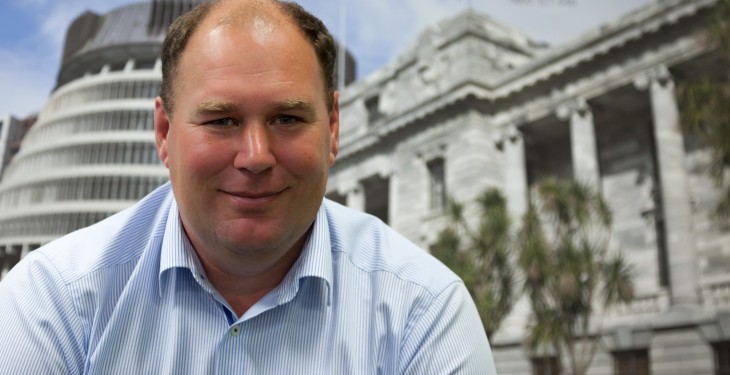 Subsidies have resulted in Irish dairy farmers propping-up other farmers around Europe who should be allowed to fail.

That’s according to Andrew Hoggard, Federated Farmers of New Zealand Dairy Industry Group Chairperson, who added that if the global dairy sector is serious about improving milk prices then subsidies need to be scrapped.

“I’m sure some Irish farmers may get all upset by that, but Irish farmers actually have far more to gain than lose out on with the removal of subsidies.

“Ireland has an advantage, like New Zealand, of being able to produce pasture-fed milk well, and would likely be able to handle the removal of subsidies far better than other countries in Europe.

Whereas New Zealand farm subsidies were removed over 30 years ago, public expenditure in Ireland on the agri-food sector by the Department of Agriculture was about €2.4 billion in 2014. Payments to farmers totaled €1.75 billion that year, of which Single Farm Payments accounted for €1.18 billion and Rural Development accounted for €405m.

According to the Central Statistics Office, in 2014 net subsidies accounted for about 60% of agricultural incomes in Ireland, while in the Border, Midland and Western region they accounted for 78.1% of farm incomes.

Hoggard told Agriland.ie that there are dairy farmers across Europe that are only able to keep going because they are insulated from the true economic reality of their dairy operation.

“Sure, you’re all doing it tough, but some are doing it tougher and as heartless as it seems it would be better for the long-term stability of the entire dairy sector if they were allowed to fail, rather than be continually rescued.”

According to the EU Commission last year, about 38% of the EU’s budget is spent on agriculture and rural development, with a CAP budget of €58 billion a year.

It anticipates that by 2020 about 365,000 European farmers will have received investment aid to restructure and modernise their farms, while €22.6 billion from the Rural Development Fund is earmarked for investment in the rural economy during that period.

“If we allow the uneconomic to fail, it reduces supply and prices lift to a sustainable level for all of us,” argued Hoggard.

“In Ireland’s case you have the comparative advantage of having a similar climate to New Zealand and thus would be able to prosper, whereas other countries in Europe would not.

“Quite frankly, Irish farmers are missing out on opportunities because of the need to prop up other farmers around Europe, who should really be using their land for something more suited to it.”

Hoggard added that while there will be some Irish farmers who would not survive without subsidies, their demise creates opportunities for young energetic farmers in particular.

“I often hear the complaint from Europe that you can’t get young people into agriculture. Well of course not! Where is the opportunity for them? How can they get some land and get ahead when you have a whole bunch of people who keep farming till they hit the grave, because the check from Brussels enables them to do that.”

Kiwi Precedent not All Black

When New Zealand dropped its agricultural subsidies in 1984 – initially at the behest of the lobby group Federated Farmers – it was feared by some that up to 10% of farmers would go to the wall.

However, it is understood only 1% (or about 800) of the total number of New Zealand’s full-time farmers went under as a direct result of the removal.

It was argued that subsidies caused resent among farmers (owing to a perceived unfairness in their application) and non-farmers alike, while encouraging overproduction, which drove down prices, thereby requiring more subsidization of farmers’ incomes. It was claimed they also lead to the inflation of land values, based on production incentives.

Since 1984, New Zealand farming has become more efficient and more responsive to market signals, while the uptake of new technologies has increased and the dairy sector has grown exponentially.

According to the 2014 Environmental Performance Index (a joint project between the Yale Center for Environmental Law & Policy and the Center for International Earth Science Information Network at Columbia University), “because subsidies promote the production of commodity crops beyond market demand, they encourage farmers to rely on them instead of consumer demand.”

After the dropping of New Zealand’s agricultural subsidies, it states “Herds were consolidated, and breeds that reflected market demand—producing leaner milk, for instance—rose to prominence.

“And benefits to the land were dramatic. Pesticide use declined by 50%. Soil erosion, land clearing, and overstocking also declined. The entire agricultural sector was forced to shift toward better practices that increased efficiency and yield.”