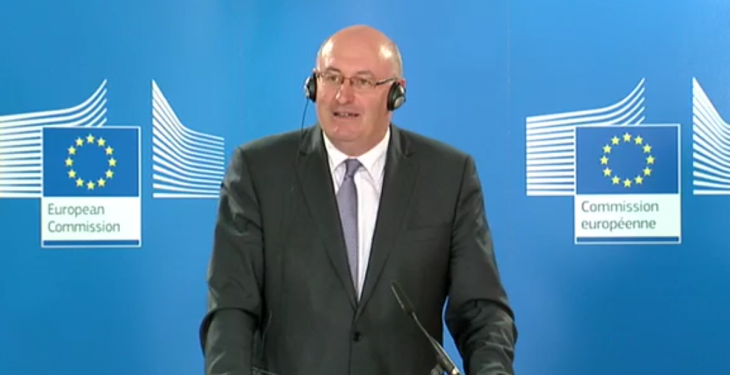 Export subsidies, which accounted for one third of the EU CAP budget in the 1980s, will no longer be used to support agricultural exports, under a new World Trade Organisation deal.

In the 1980s and 1990s, the EU was spending €10 billion a year on export subsidies, almost one-third of the CAP budget, in order to allow traders to get rid of the EU’s growing export surpluses by paying the difference between the EU’s high internal prices and lower world market prices.

This weekend, the World Trade Organisation (WTO) met and agreed a deal that will see the end of export subsidies being used to support agricultural exports.

The 10th WTO Ministerial Conference, gathered in Nairobi and agreed on a global trade deal which, it says, benefits developing countries in Africa and around the world by getting rid of trade distorting export subsidies in agriculture.

Cecilia Malmström, welcoming the deal, said “We’ve had some long days and nights of intense negotiations here in Nairobi, and our work has paid off.

“The EU has successfully concluded what we set out to achieve. The WTO, meeting for the first time in Africa, has been able to deliver a good deal for developing countries. Today’s decision opens real opportunities for more trade and investment and reinforces the global trading system.

“For those who had doubts, it proves the relevance of the WTO and its capacity to deliver results. That’s good news for our work in the years ahead.”

Phil Hogan said it was a “square deal” for EU agriculture, for farmers in the developing world, in particular for the least developed countries.

“We have delivered on our objectives outlined ahead of the negotiations. In recent years, the EU has led the way in agreeing to renounce the use of export subsidies. Now, for the first time, there are binding disciplines on subsidies such as export credits, where our competitors are subsidising trade worth billions every year.”

According to the EU, in practical terms, the deal:

According to the EU, it will benefit EU farmers by ensuring an end to export subsidies in key sectors such as wheat flour, sugar and dairy.