Irish distillers accused of ‘coining profits at expense of growers’

Guinness and Irish distillers have been accused by Irish Farmers’ Association (IFA) treasurer Tim Cullinan of “coining profits at the expense of Irish malting barley growers”.

“Concerns expressed for the future of the tillage sector by Ibec Drinks Ireland director Patricia Callan are entirely self-serving for the Irish beer and spirits industry when it’s patently obvious the unsustainable price paid to malting barley growers is the root cause of the problem.”

The hugely profitable Irish drinks and whiskey industry has not returned a premium price to its world class committed Irish grain growers who are entitled to be rewarded for the value added by their Irish grown premium product.

The Co. Tipperary farmer accused the multinationals of instead pushing the price down to base commodity levels “while continuing to capture a huge premium from global brands built on Irish authenticity and taste from Irish grown grain.”

Cullinan noted that the Irish drinks industry has been quick to protect its own brand value through the use of the EU Geographical Indication (GI) regime, ensuring that the exclusivity of Irish whiskeys are protected on global markets.

On this he said: “It is unacceptable that the core ingredient in our Irish whiskey brands, Irish grain, is not distinguished under that same law.”

“The grapes and grape growers of the Champagne region in France are afforded protection under the EU’s GI regime as are the Parma Ham producers of Italy, where the origin and geography of the raw material is recognised”, he added.

I am calling for Irish grain to be afforded the same status and recognition, based on its origin and the unique distinction is gives to Irish whiskey.

“The drinks industry must move quickly to recognise, through premium price contracts, the value of Irish grain, without which the success of their global brands would not be possible.”

Cullinan concluded by calling for “solid contracts with premium prices for a premium product”. 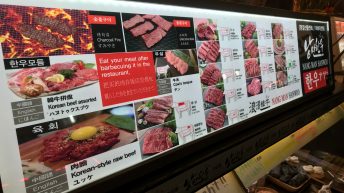