Ireland remains in sixth position on the league table for EU heifer prices, 111.7c/kg behind leaders Sweden, according to figures released by the Livestock and Meat Commission (LMC).

In the Republic of Ireland the grade R3 heifer price was 389.0c/kg in the week ending on August 28, figures show, placing it 11.7c/kg above the EU average price and 4.0c/kg lower than the equivalent price in Northern Ireland.

This was an increase of 0.6c/kg on last months price, but despite this increase Northern Ireland still sit above the Republic of Ireland in the league table in fifth position, according to the LMC. 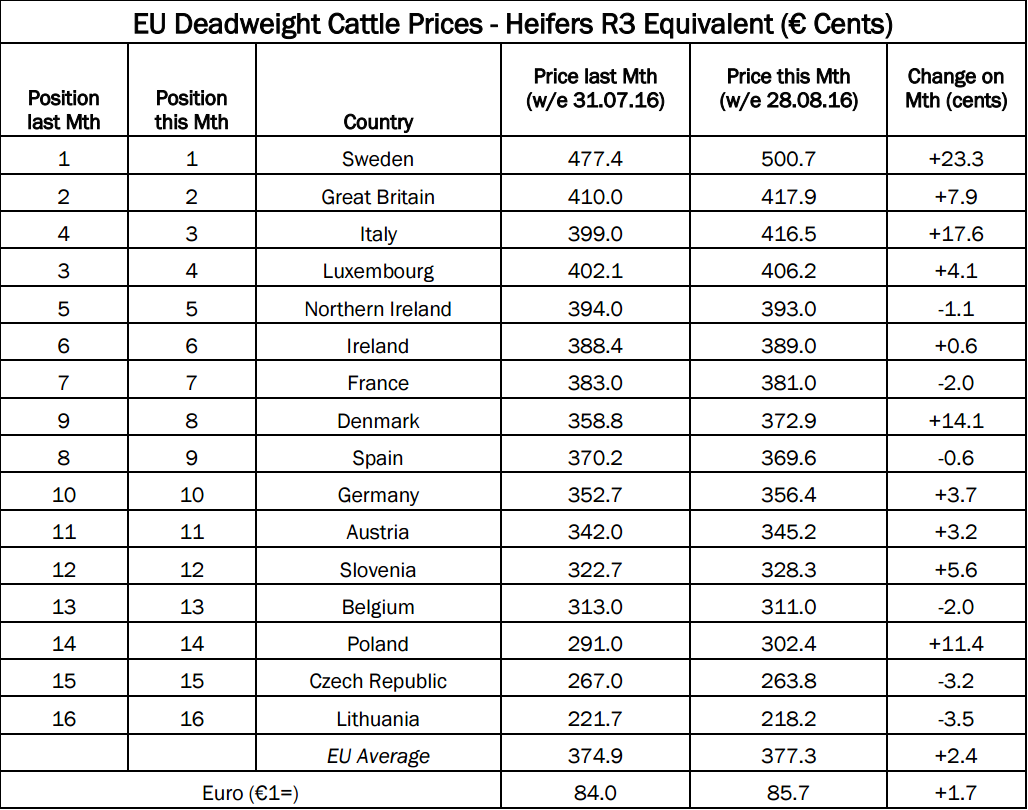 The Northern Ireland heifer price fell by 1.1c/kg between the end of July and August 28, leaving it at 393c/kg, figures from the LMC show.

Great Britain remained in second place on the league table with an equivalent R3 heifer price of 417.9c/kg, according to the Northern Irish Livestock and Meat Commission.

This was a 7.9c/kg increase from the 410.0c/kg paid during the week ending July 31. The differential between R3 heifer prices in Great Britain and the EU average widened from 35.1c/kg at the end of July, LMC figures show, to 40.6c/kg in the week August 28.

The largest increases in heifer prices were seen in Sweden and Italy, with improvements of 23.3c/kg and 17.6c/kg respectively, according to LMC.