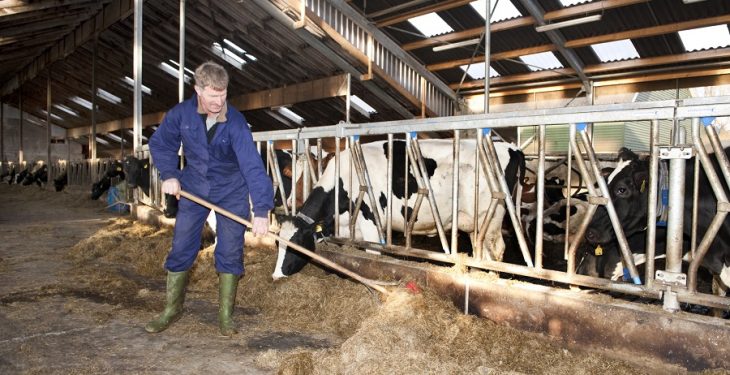 Stark figures from Teagasc show that only 37% of farms were economically viable in 2015 while a further 29% of farm households were only sustainable because of the presence of off-farm income.

The figures which are compiled by Thia Hennessy and Brian Moran of Teagasc’s Agricultural Economics and Farm Surveys Department further shows that 34% of farms were economically vulnerable in 2015.

The research shows that the viability of farming varies quite substantially by farm system with vast differences between dairy, tillage and mixed livestock farms and the drystock sectors, namely cattle and sheep.

According to Teagasc, a farm business is viable if the farm income can remunerate family labour at the minimum agricultural wage and provide a 5% return on the capital invested in non-land assets.

In general, the viability of dairy farming is high relative to other farm systems but it declined in 2015 as a result of lower milk prices.

The mideast and southeast contain the greatest proportion of viable farms in the country with 55 and
52% of farms viable in each region respectively.

The border and west regions have the poorest viability ratings with just 18 and 27% of farms viable in the respective regions.

The presence of off-farm employment improves the economic situation in most regions the exception being the border region, where almost half of all farm households are classified as economically vulnerable because the farm business is not viable and there is no off-farm income present in the household.

Almost 8,000 farm households in the border region are in this economically vulnerable position.

The relative decline in off-farm employment across the various regions has contributed to the high
rates of vulnerability.

Off-farm employment rates of the farmer are highest in the west but have also declined very rapidly in that region. The impact of the economic recovery in the wider economy is more apparent in some regions than others.

For example, employment rates have started to recover in south and Mideast but seem to be stagnating in some other regions.

The IFA has said that there has been very little progress in improving the overall viability and profitability of farm enterprises in the primary agriculture sector, which underpins the entire agri-food industry.

Low farm income, particularly in the non-dairy sectors, is the greatest challenge facing the agri-food sector in its ability to deliver on the targets set out in Foodwise 2025.

The IFA says the Department of Agriculture must have as an objective not just an increase in output and export value but also an increase in income and viability at farm level.

IFA believes that an explicit commitment to achieving increased farm viability at farm level must be included in this year’s Statement of Strategy for the Department.