This latest price for the Republic placed it 61.4c/kg lower than the equivalent price in Northern Ireland.

Britain continues to hold the top spot on the heifer price league table. For the week ending November 22, the average R3 heifer price in Britain was the equivalent of 500.0c/kg. 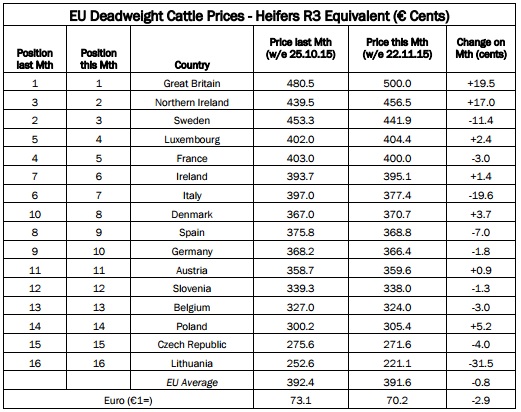 The total number of beef cattle slaughtered at beef export plants last week was back 5% on the corresponding period last year, figures from the Department of Agriculture show.

Total heifer throughput at the factories is back 4% on the corresponding week last year with total throughput this year standing at 382,211.