Two consecutive rises in milk prices at January Global Dairy Trade (GDT) auctions may have signalled that international dairy markets have bottomed out.

However, it must also be set in the context of a massive decline in GDT prices throughout 2014 and a general fall in milk prices in Europe and the US. 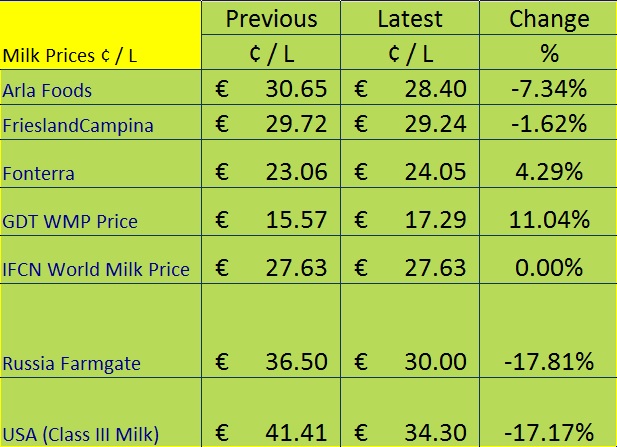