Internal convergence of ‘up to 100%’ given green light by MEPs 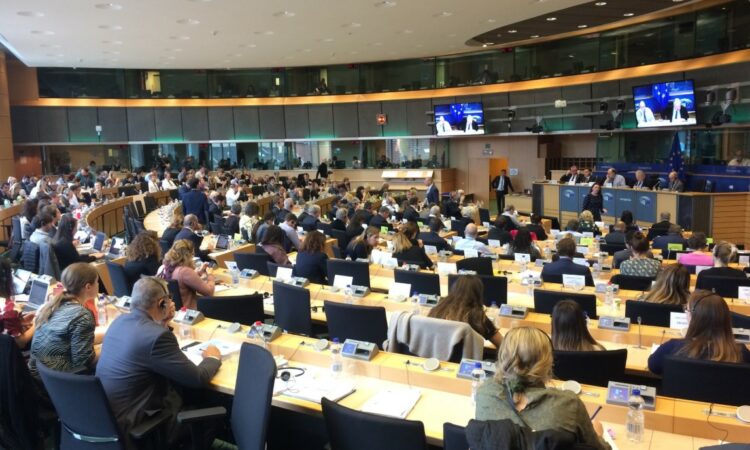 The Agriculture Committee approved the second batch of proposals to improve EU farm policy – and has given the green light to internal convergence, aiming for 75% by 2024 and 100% by 2027.

The second vote on CAP reform focused on the new general EU rules for direct payments and rural development after 2020.

The Agriculture Committee’s amendments to the so-called Strategic Plans regulation were approved today by 27 votes in favour to 17 against, with one abstention.

The so-called new delivery model based on national strategic plans to be drafted by member states and approved by the EU Commission, should be delayed by one year until 2022 to allow more time for adjustment, the Agriculture Committee said.

According to the approved proposal, member states should ensure that all per hectare direct payments within their territories reach at least 75% of their average direct subsidies by 2024 and 100% by 2027.

Member states will be obliged to cap annual direct payments to farmers at the level of €100,000 but they may allow farmers to deduct 50% of agriculture-related salaries, including taxes and social contribution, from the total amount before the reduction, MEPs say.

At least 5% of national direct payments enveloped should be allocated for complementary redistributive income support to small and medium-sized farmers with a maximum of 65% top-up per hectare.

States using more than 10% of their direct payments budget for this support scheme, may decide not to apply the capping mechanism at all, says the adopted text.

In addition, according to the committee, EU states should use at least 2% of their direct payments budgets to support young farmers. The per hectare top-up should be granted for the first seven years after the application.

Further support could be granted from the rural development funding and member states could support young farmers’ investments, including land purchase, as a priority, MEPs say.

MEPs also want member states to adopt specific actions to promote greater inclusion and involvement of women in rural economies and to use rural development funding to this end.

Active farmers, i.e. persons eligible for EU direct payments, should be defined by member states in a way to ensure that no support is granted to those whose agricultural activity forms only an insignificant part of their overall economic activities.

Such a definition, MEPs insist, must preserve the EU’s family farming model. Companies, but not groups of farmers, carrying out large scale processing of agricultural produce could be excluded, they add.