These farmers endorsed a call for immediate action in the delivery of a fodder aid scheme and a fairer redistribution of the Areas of Natural Constraint (ANC) payment, according to the organisation.

Speaking after the meeting, national president Colm O’Donnell expressed his delight at the turnout stating: “Tonight’s meeting – which is the largest turnout to any farmers’ meeting this year – is a clear message to our minister and his officials on the need to deliver on these two issues.”

With regard to the fodder crisis, O’Donnell welcomed the support from Fianna Fail’s Charlie McConalogue; Martin Kenny of Sinn Fein; and Independent TD Thomas Pringle; who all outlined the need for the delivery of a fodder aid scheme for farmers in the west and north-west. 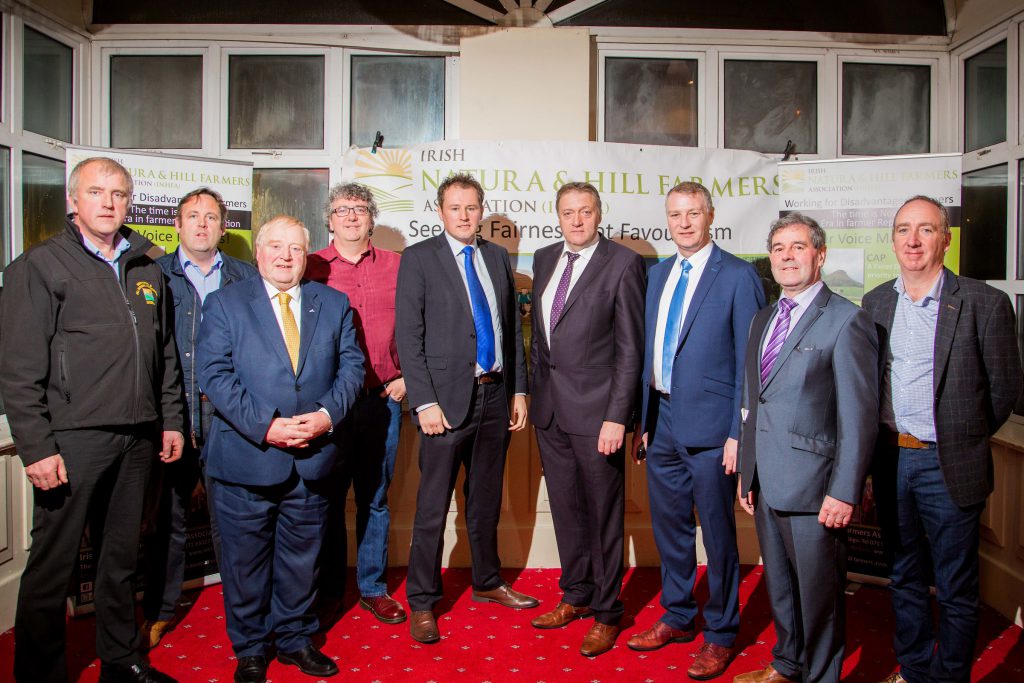 He also welcomed the acknowledgement from Michael Comiskey, spokesperson on behalf of Minister Creed who accepted that we are looking at a fodder crisis in western areas.

The event’s attendance and engagement from farmers was, according to O’Donnell, a “clear indication of the growing concern” facing many of them who need help now in order to avert financial hardship and possible welfare issues next spring.

O’Donnell added: “A fodder aid scheme that focuses on meal vouchers could be of major assistance to many farmers.”

This point was also covered in a presentation by farm advisor Liam McKinney, who recommended that farmers – who have over 50% of their required fodder – supplement the deficit through meal feeding.

The president noted: “It is now critical that if any farmer is facing a potential fodder shortage, then they should contact their local Teagasc office, outlining their situation as Teagasc have been tasked with the role of assessing the overall situation.” 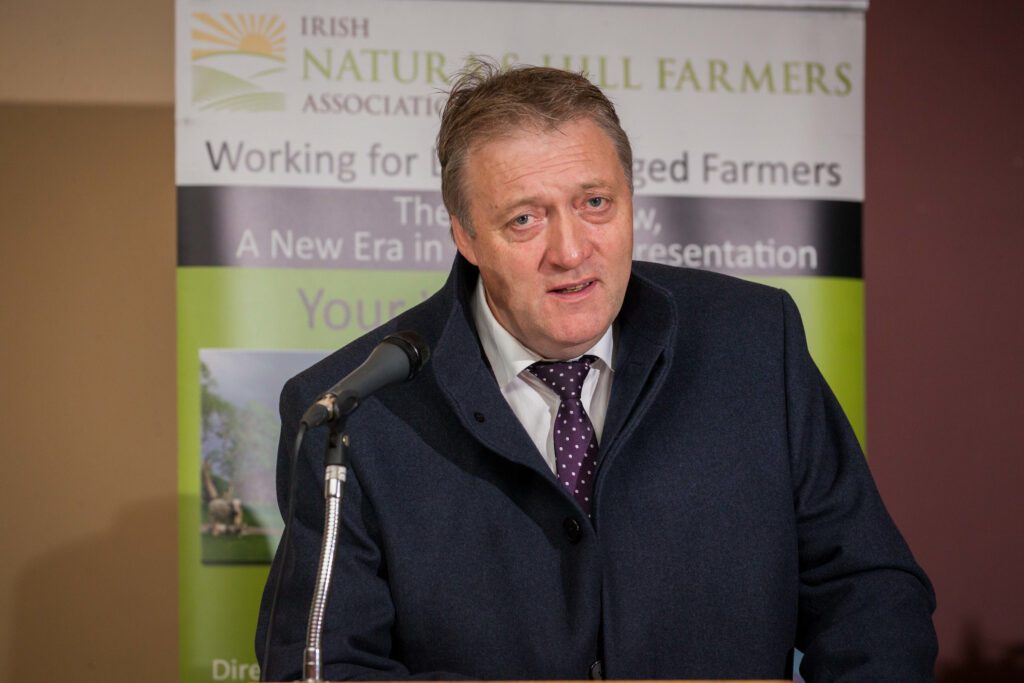 On proposed changes to the ANC scheme and the targeting of the additional €25 million promised in the recent budget, O’Donnell welcomed the support given to the INHFA proposals as outlined in their presentation by all speakers at the top table.

These proposals which included front-loading and a targeting of payments to the lands with the highest constraints were emphatically endorsed by all farmers present.

The INHFA policy on front-loading, according to O’Donnell. will “deliver for farmers with smaller areas unlike proposals made by others that will only benefit large-scale farmers”.

The organisation’s proposals, the president added, on the targeting of payments is what needs to happen and not other options outlined in Minister Creed’s statement on the night, which could see payments “spread thinly across three categories delivering little impact for anyone”.

On the mountain sheep grazing area, O’Donnell welcomed the support from all politicians in backing its retention and concluded by reminding the minister of the mandate delivered to the organisation from the those present on the night in ensuring that future ANC payments should reflect the land constraint and deliver for farmers who need it the most. 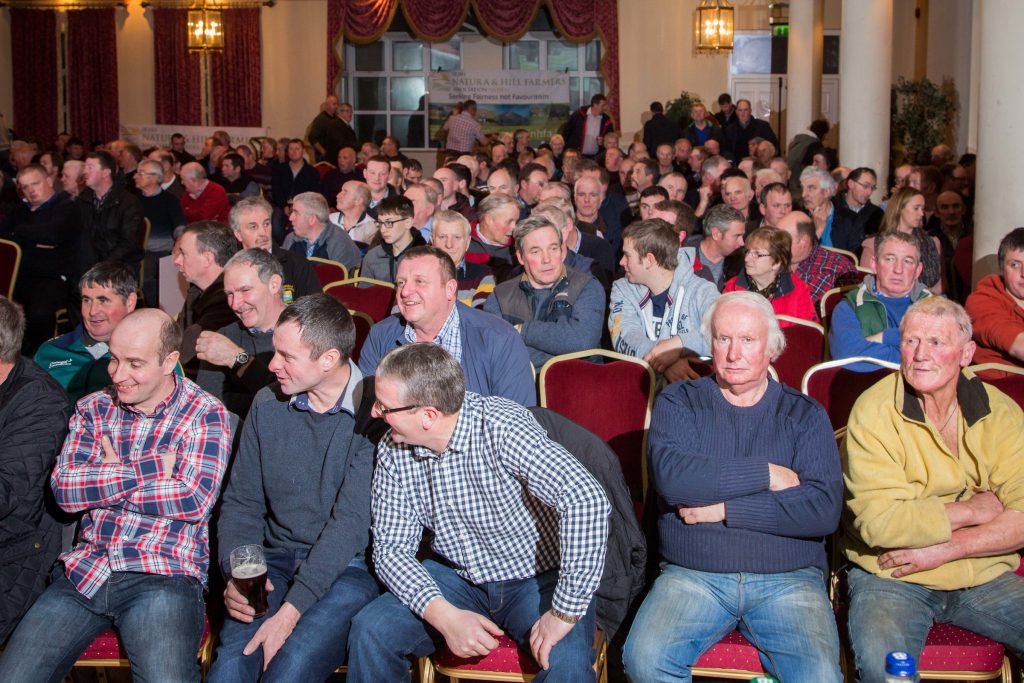 Almost €100 million issues to farmers in GLAS and AEOS