Infrastructure focus: Investing in machinery and a paddock system in Co. Laois 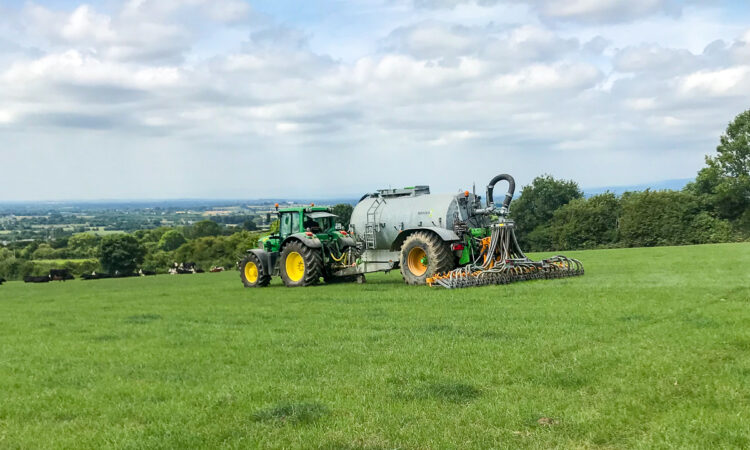 Recently, John has made many improvements to his farm by implementing a paddock system, improving grazing infrastructure and investing in new machinery; John also carried out some reseeding.

The farm extends across 130ac of grassland; an additional 50ac of grassland are rented from John’s parents, Seamus and Ursula, who are actively involved on the farm.

Land type varies across the farm from flat ground to hilly, heavier soil, which can be quite difficult to deal with at the shoulders of the year. 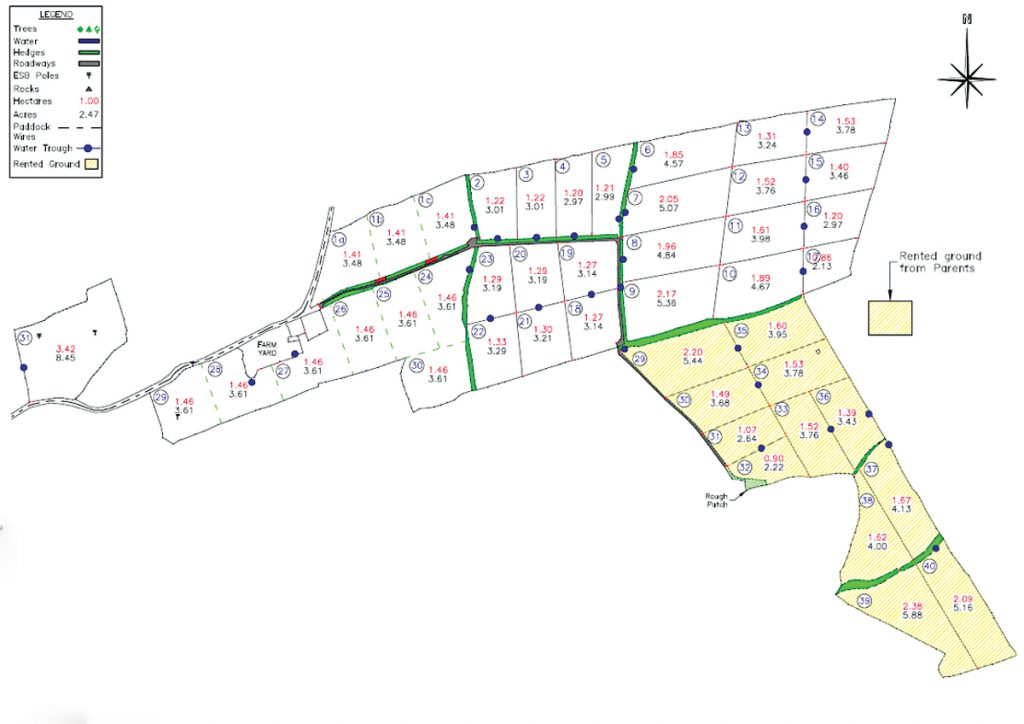 Originally, John and Seamus purchased Charolais and Limousin store heifers in the springtime and aimed to sell them in the autumn off-grass. At that time, the farm was stocked at 1.5LU/ha.

While John admitted that this system worked at one stage, as the years progressed, it became more difficult to make a profit and the Laois-based farmer realised that this was a high-risk system with little return.

It all changed for John in 2016 when he attended a farm walk on John Lalor’s farm in Ballyfin. His attitude towards his own farm switched that day and he knew it was time to increase output by growing more grass.

John outlined that the success of these improvements on his farm hinged on three main investments. These are: a new and improved water system; a rotational paddock system; and the utilisation of slurry through the use of an umbilical system.

All of these projects were overseen by John’s Teagasc advisor at the time Peter Grogan. Now, 165 Friesian bullocks (purchased as yearlings weighing 330kg) and 66 Angus and Hereford heifers graze across the farm and are aimed to be finished – out of the shed – at 24 months.

After attending a series of farm walks and becoming involved in a local discussion group, John decided to implement a rotational paddock system.

Previously, cattle were allowed to roam across fields ranging from 20ac to 50ac in size, resulting in poor grass quality, regrowth and utilisation.

“My goal was to pick up one point from every walk and implement it on my farm. One point that stuck with me was that 20% (if not more) additional grass could be grown by using paddocks,” John explained. 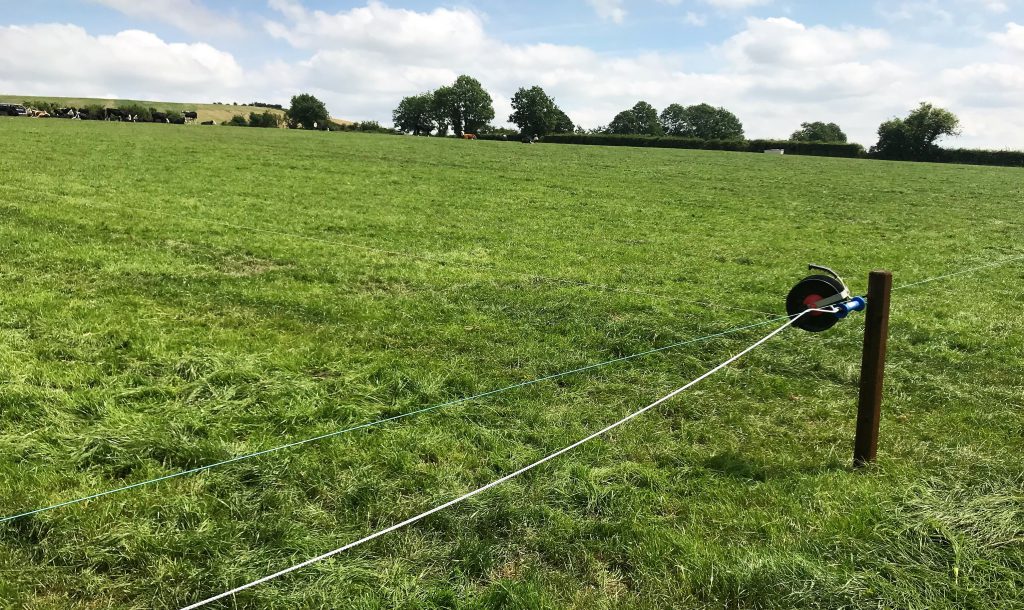 The farm was mapped and soil tests were carried out to amend soil fertility issues. While the low land was adequate for phosphorus (P) and Potassium (K), the hilly ground returned an index one and two score respectively. These issues are continuously being addressed and lime was also spread to adjust pH levels.

Originally, John split the large fields in two; but was quick to realise that this wouldn’t work. He now has 3ac paddocks divided by permanent fencing.

“By the end of 2016, the bottom half of the farm had been completed. In November 2016, I sunk an additional well (300ft deep) on the farm, which allowed me to provide water to the furthest away paddocks on the hill. New water troughs were also installed. 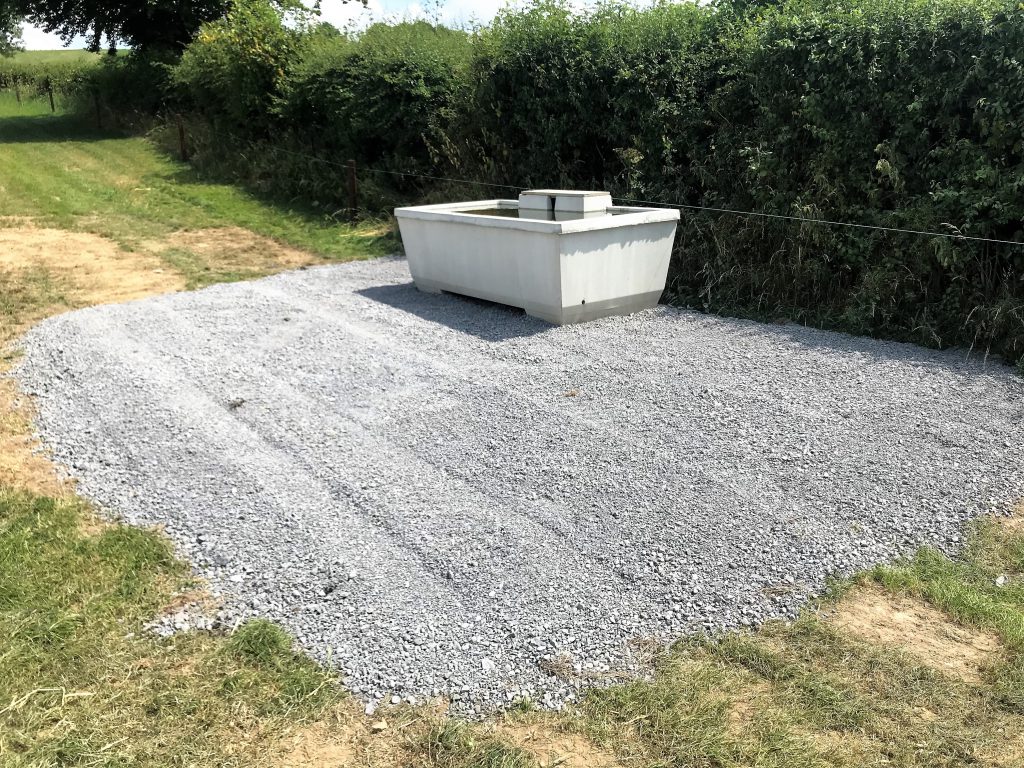 When John started to invest in the farm, he began making changes to the best land he had. However, if John was to start again, he would do things a little different.

“The land on the hill was marginal, inaccessible and dangerous with no water. I started spending money on the good land and – in hindsight – I probably should have started with the marginal land. Since we tackled this ground, we got a huge response that we didn’t expect,” John explained.

Three large groups of cattle now graze the platform on a 21-day rotation and John aims to graze the paddocks in three days.

However, like the majority of farms across the country, the drought took its toll on John’s grass supplies and tactics had to be changed this year; he will aim for a third cut of silage this year.

Also Read: How one beef farmer changed tactics to deal with the drought

“I was nervous about the big groups; we wouldn’t have had big groups of cattle before. My concern was I know this farm and when it gets wet, it gets wet and big groups are not the way to go in wet weather.” 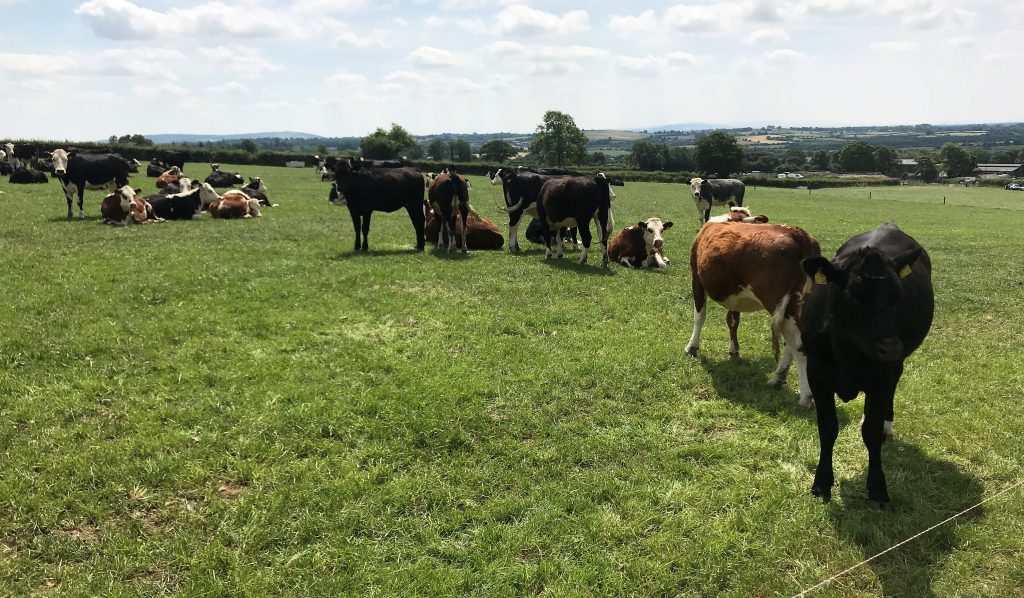 However, he was proved wrong and now praises the paddock system for the good-quality grass he now grows. John measures his grass every week using a Grasshopper plate meter – which works via GPS and a bluetooth connection with a smartphone – and compiles a grass wedge from which he makes informed decisions from.

“I also want to be able to see my progress from year-to-year. It’s easy to say I’m growing more grass, but I also want proof of it and to be able to identify areas where I can improve,” he added.

The benefits John has seen from using a paddock system
:

John attributes the excellent response of the marginal, hilly ground to the slurry it received. Prior to the investment in a Slurryquip umbilical system – equipped with a dribble bar – this land had received little feeding.

John made the decision to purchase his own unit as he struggled to get a contractor when he needed them. The availability of the TAMS (Targeted Agricultural Modernisation Scheme) also provided an incentive; he received a grant of €16,000.

“However, the main reason I purchased the umbilical system was because I can leave the pipes out and come and go at will; I don’t have to put all slurry out the one day and this leads to better utilisation,” John explained.

“Originally, it was Peter’s idea and I wasn’t too optimistic; however, it has turned the ground inside out.” 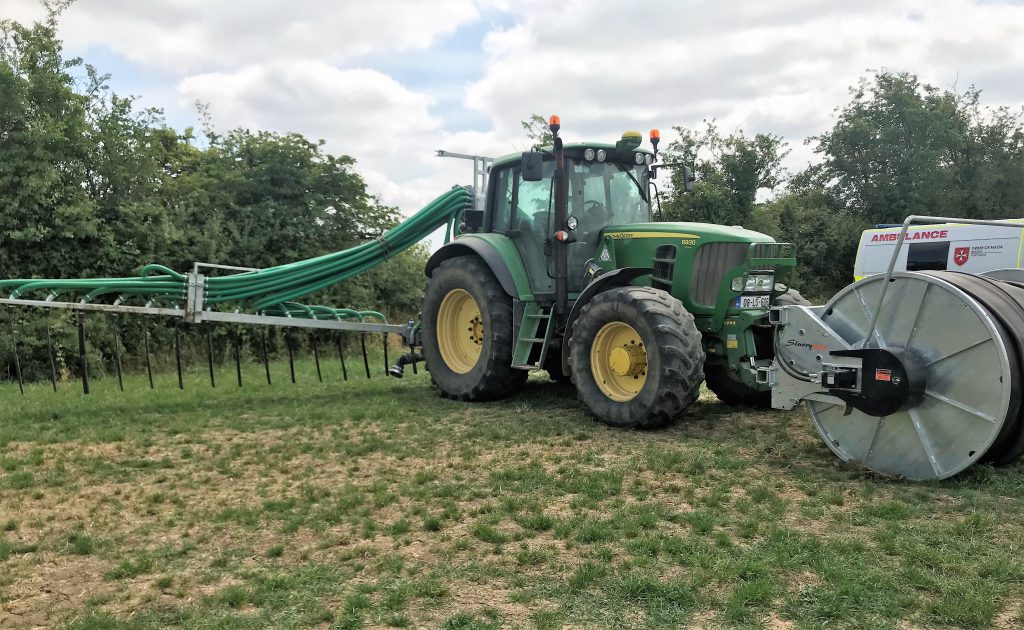 The Co. Laois native praised the paddock system and the slurry for the desired results. On this, he said: “Going back five years, this land had rushes on it; now we’re taking some paddocks on this land out for silage.”

John has also installed a tank and is now harvesting rain water for diluting the slurry so it can be easily spread through the umbilical system.

The system is equipped with 6in pipes instead of the standard 4in pipes; this allows the slurry to be pumped up the large hill; a secondary pump was also needed. John also runs a Joskin tanker with a trailing shoe.

From speaking with John, it is easy to see his passion for farming. While John describes himself as ‘a work in progress’, he is very honest in the mistakes he has made along the way.

The end goal for John is to run a dairy calf-to-beef enterprise. This way he can be in more control when it comes to animal performance targets; a lot of silage is sold from his farm and this is something that he wants to eliminate.

John will also sow Gorilla – a hybrid variety of forage rape – and Westerwold ryegrass over the coming days; the rape will be grazed and fed to heifers and the latter will be sold.

Some reseeding has also been carried out this year and John achieved a great strike before the dry weather halted growth; the silage paddocks are now earmarked for the plough. 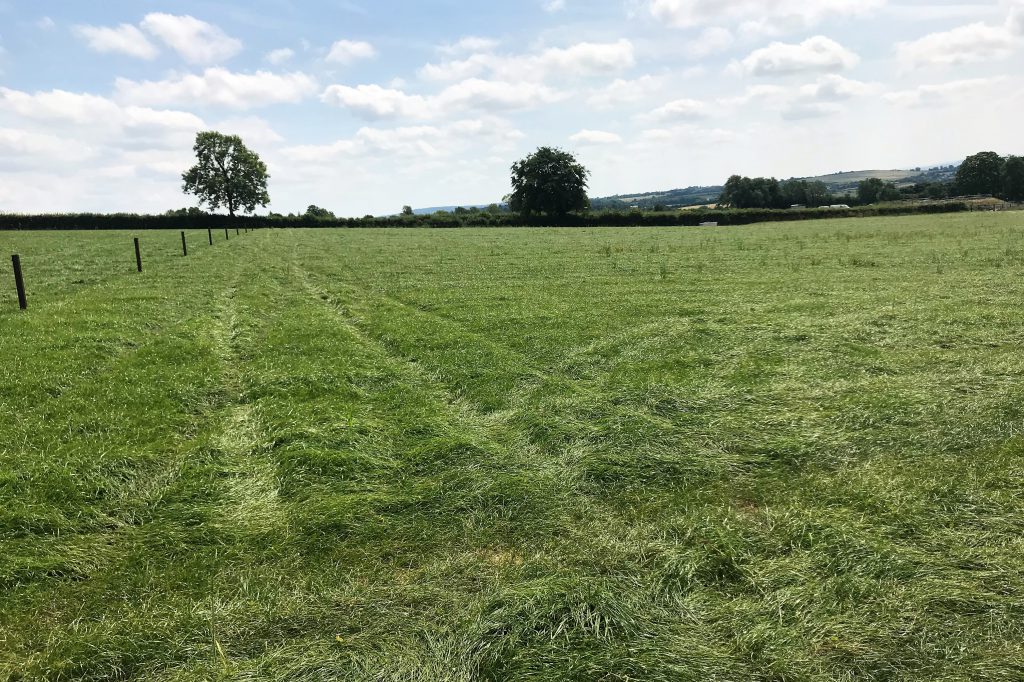 John has been approved to build a new shed under TAMS and this will pave the way for the calf-to-beef system going forward.

Concluding, John said: “Farm walks and discussion groups are well worthwhile. I got into a discussion group after going to farm walks. It makes a big difference when you can bounce ideas off other lads and get their opinions.” 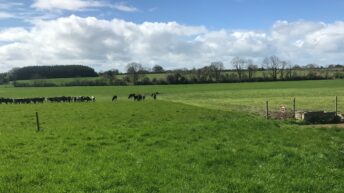