Prevention is always better than cure; but, for this dairy farmer prevention is the only cure.

AgriLand took a trip to Co. Meath to meet Pat Farrelly, who milks 265 cows through four robots. Pat has tried every trick in the book for controlling lameness; so he has decided to take an innovative approach to the issue.

Pat had been looking for a long time for a suitable solution for his roadways. He said: “I needed something on the passes to ease the strain on the animal.”

This is where Astrotracks came into the equation. Astrotracks supplies recycled astro turf – from football pitches – to dairy farmers in Ireland and the UK, as an alternative roadway surface solution.

Lameness is a costly issue on dairy farms throughout Ireland – through direct and indirect costs. Insufficient roadway surfaces is one of the major reasons why an animal may become lame.

“My furthest paddock is 1.7km of a walk away; you are always going to have a problem with lameness with that amount of walking,” Pat outlined. 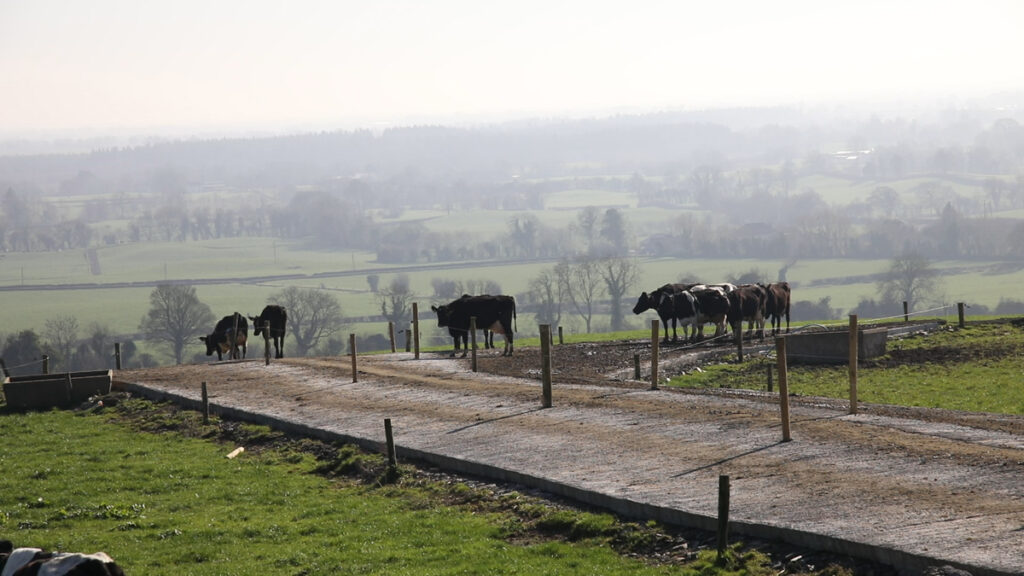 Pat also explained that the reason for choosing astro turf for his roadway surfaces was because he wanted to do his very best to prevent lameness – rather than cure it.

“There is no such thing as a cure, I do all the treatment here myself. But now what I want to do is prevent the problem altogether.”

Pat also highlighted that with robots it is essential that all the cows can walk with ease to and from the paddocks, as a lame cow won’t come in on her own.

A total of almost 6km (2m wide) of astro turf is being laid down on the farm. In preparation for the astro turf, all the passes were cleaned off so that the astro turf could be easily laid out.

“All the passes have a natural slope already, so the astro turf is just being laid down on top of this,” explained Pat.

While rolling out nearly 6km is no easy task, Pat is doing all the rolling out himself. He said: “I considered getting someone with a mini digger, but in the end I decided to do it myself. 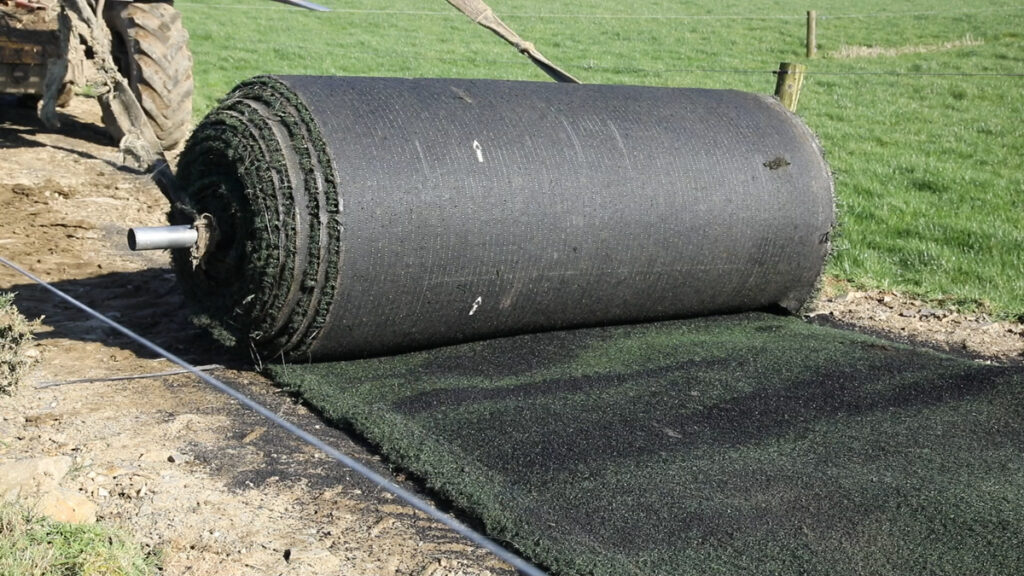 “What we do is we run a bar through it and just pull it back using straps; it is a dead weight and you will not lift it. Every roll is a tonne weight.”

Commenting on how the cows have adapted to the new surface, Pat said: “The cows love it and so far I am very happy with it.

“The cows are literally fighting to walk on the astro turf; they much prefer it to the uncovered roadway.”

Where did the surface come from?

On the day, AgriLand also caught up with Michael McCreath –  the founder of Astrotracks – for a further insight into the idea and where it all came from.

He explained how his background is in dairy farming and how the idea came from “his own experience with lame cows, as sharp stones would puncture the bottom of cows’ hooves and someone suggested we try astro turf”.

“The first load we got was a disaster because it was the wrong type; it was far too thin. Then we realised there are only certain types of astro that work.

“We thought someone needs to be grading this stuff to make sure farmers got the right type,” explained Michael. 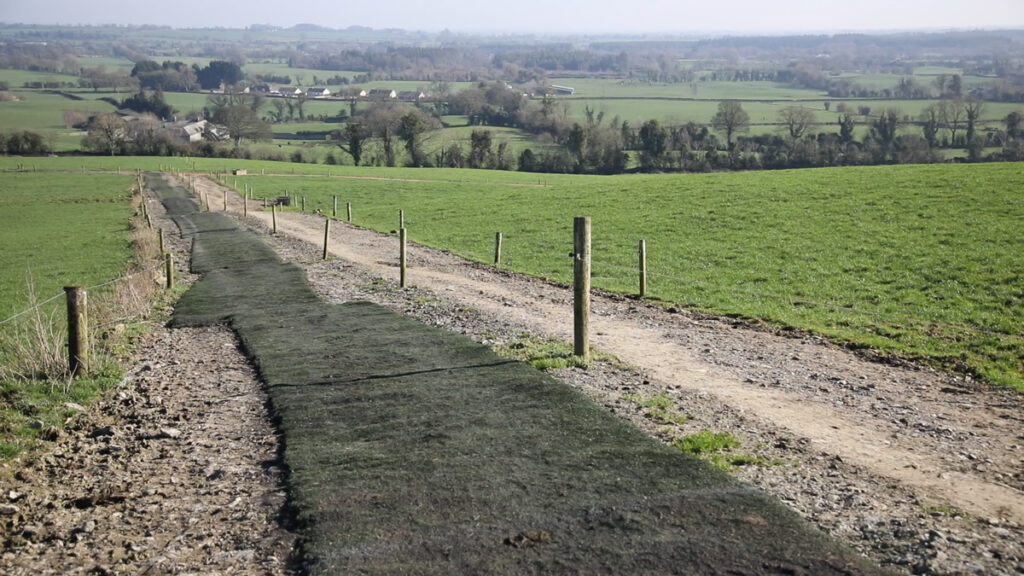 The lifespan of the astro turf is basically unknown as the company is relatively new.

“We have been going for about five years now and the astro turf we put down five years ago looks every bit as good as what is being put down today. The rainwater percolates through it and almost washes the astro turf.”

When it comes to preparing farm roadways for the astro turf, Michael outlined that they need little or no preparation. 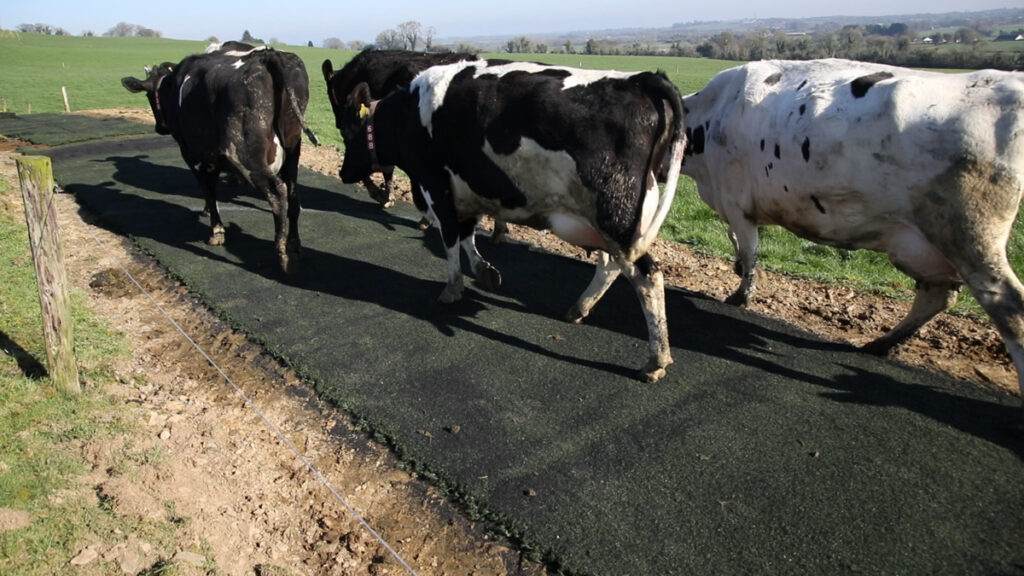 “The cows love it; you can almost see it on their faces. They enjoy walking on it and they will almost fight to get on it if you only have one strip of it.

“Basically, you’re providing a surface where cows don’t even have to think about where they’re walking,” he added.

Michael also touched on the cost of the innovate surface. He said: “It’s very, very cheap; it’s the haulage that is the big thing.”

Dairy focus: Farming in a 'niche sector' in Co. Kildare