Infrastructure focus: ‘A cheap and cheerful underpass’ in Co. Cavan

Just like many farmers, dairy farmer Damien Gilsenan struggled with the constraints of land fragmentation. His land was in three sections, but all in very close proximity to each other; with each section being separated by a public road.

Damien – along with the help of his sons Kevin and Jason – is dairy farming just outside Virginia, Co. Cavan. Last year, he made the decision to install an underpass to make life a bit easier for himself.

Since the installation of the new underpass, two of his land fragments have been joined together increasing the size of his milking platform to 50ha.

Previously, he was restricted in how many cows he could carry on the milking platform – never carrying anymore than 70 cows.

However, the new underpass has provided access to a further 16ha which has allowed him to increase his cow numbers to 90 cows.

The land that the new underpass provides access to had previously been used for grazing in the shoulders of the year. However, grazing it was challenging and it just wasn’t going to work long term.

“Before the underpass, I had to bring them up a public road and I needed help; so it was usually always a two-man job,” Damien explained. 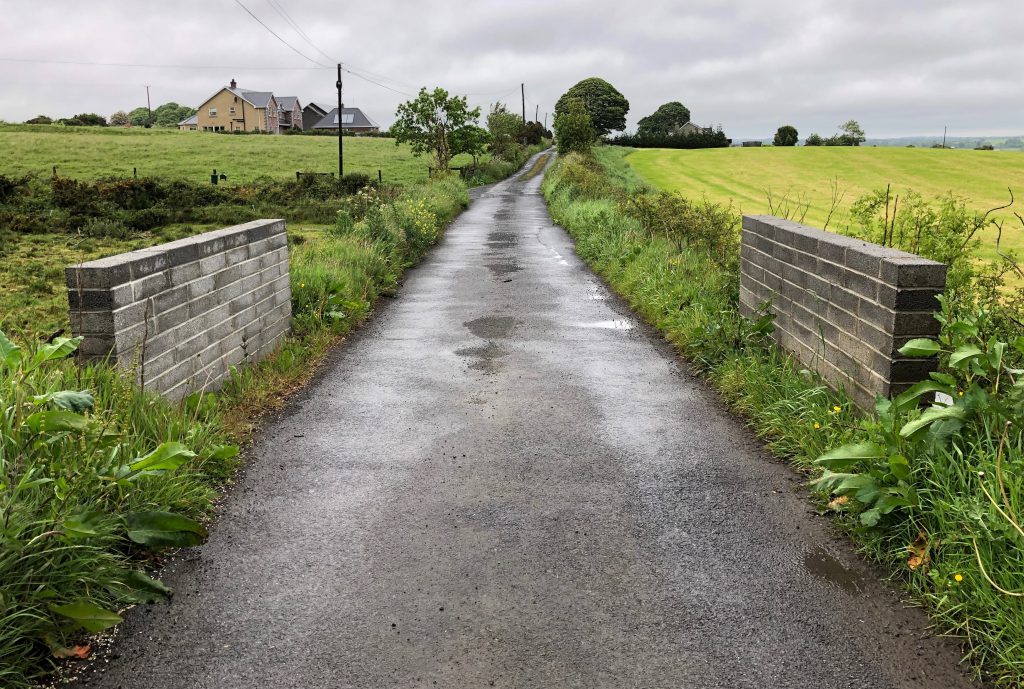 “If I couldn’t get any help, I would sometimes try and manage by myself – which didn’t always work out.

“I would hold them in the yard after milking and let them all go at once. I would then run up ahead of them to put up the wires in front of the houses and doubled back behind them to push them the rest of the way.

“The whole process would take about 35 minutes. I also had the issue of meeting cars on the road, which would often happen. Some people began to complain about dung on the road as well.

“One particular time someone opened the gates going into their house and the cows all went onto their lawn,” he added. 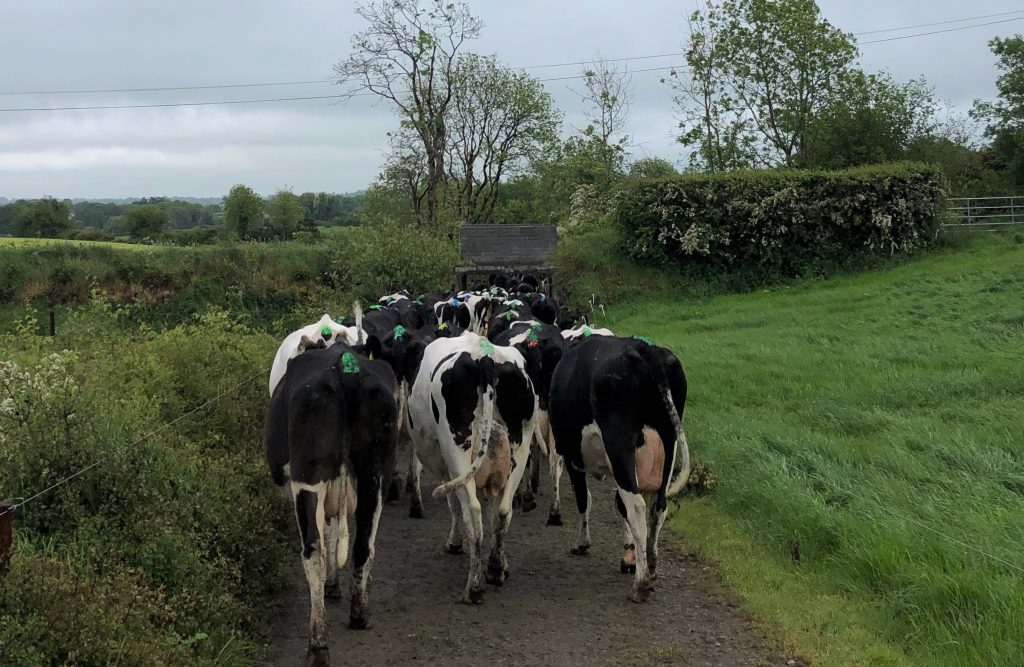 “A further issue I had was with the cows. When I started bringing them on the road first, it had been freshly tarred; so it had lots of little stones on it. The cows were picking up these small stones in their feet, which meant I was having problems with lameness.

“I actually had to stop bringing them up the road because I was having so many problems with lameness. I was beginning to have to hold cows back which meant I wasn’t going up with them all – so it was almost defeating the purpose.

“The road was handy, but long term it wasn’t going to work and it was just too awkward,” explained Damien.

Since installing the underpass the whole process has become less of a “nightmare” for Damien.

“Basically now I can milk the cows, they go out the gate and they can doddle off by themselves down the pass; I don’t have to worry about a thing.

“The underpass has also given me the option that if I want to go up in cow numbers, I can. I have 95 cows at the moment and I think I can push this to about 110 and still get my cuts of silage.

“There are 16ha in that new block; whereas I used to only have access to 37ha which left me snookered. I was always going to be floating around the 70 cow number without it.

“Plus, I wasn’t really utilising this farm here fully. There are parts that you are unable to cut for silage because they are just too rough; they are only really suitable for grazing. The underpass has made these areas so much easier to access.

“I have reseeded almost the whole lot of it now. I think I only have about 5ha left to do and I have finished fencing it all. 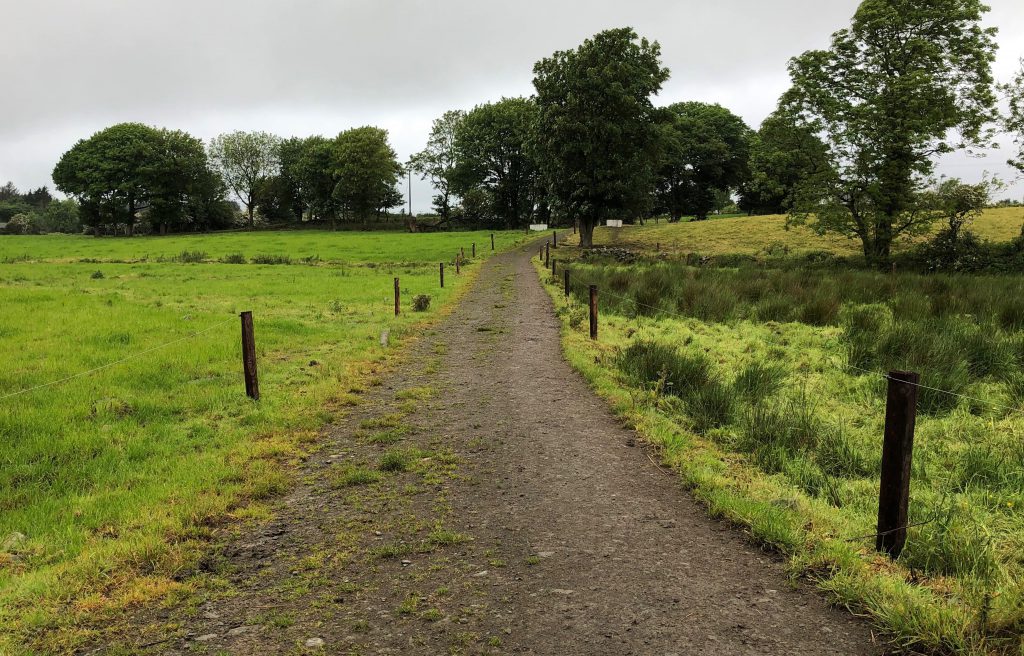 “Last October, I installed a new water system on the block; so every paddock has access to water and is grazable. It is all more or less ready to go.

“From a labour point of view, the underpass is a great job. Not just because I don’t need two people to move them up the road anymore, but for any job; whether it’s moving calves or heifers, I can do it all myself,” highlighted Damien.

The construction of the tunnel started and finished on the same day in January 2018.

Damien, outlining the process involved, said: “The day before the digging began I went around and told all the neighbours that the road would be closed between 7:00am and 8:00pm the following day.

“The next morning we started and we dug it out. We then put down some crush rock (804), leveled it off and dropped down the precast units. 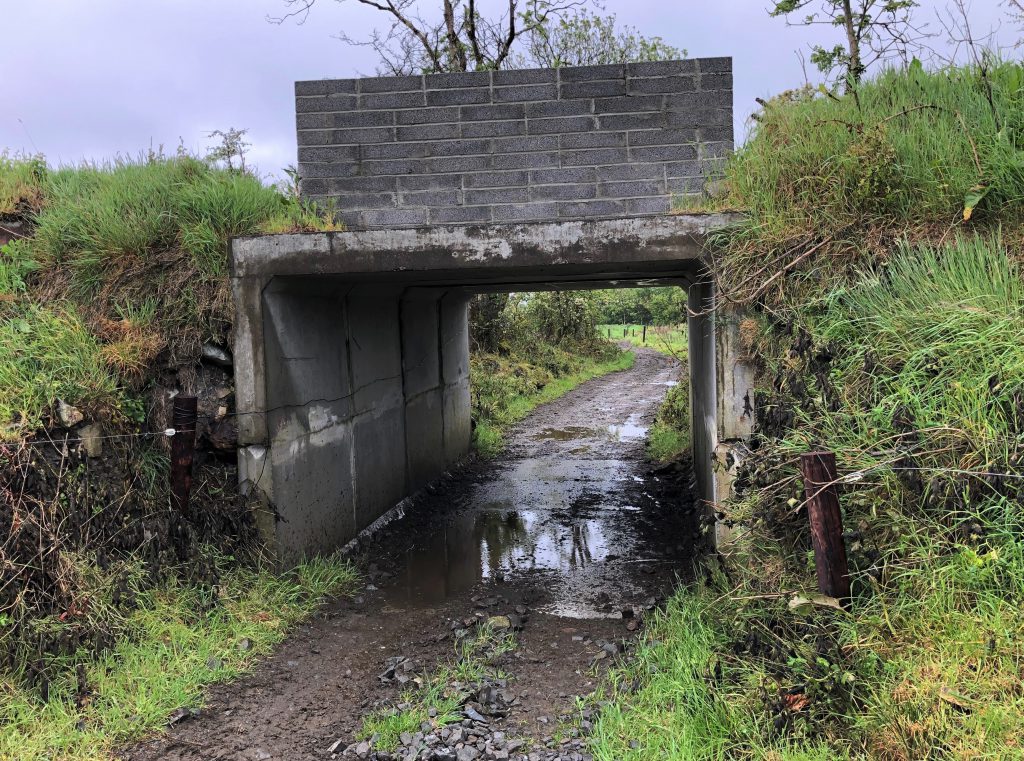 “For drainage, there were two shores in the field to one side of the underpass; so we brought drainage stone up to the level of the pass to allow the water to run down the pass, out into the field and hopefully to be collected by these shores.”

In addition, he said: “Three or four weeks later when everything settled we tarred over the top of it.

“It was reasonably straightforward. The only issue we had was with the lorries the precast panels came on. The crane couldn’t do a 360° turn – it could only do a 180° turn – which was awkward because we had to handle them a second time. This delayed them being dropped in, but we got them in eventually.

“You can put in H-irons either side of the underpass and slide some precast concrete down which would act as a wall, but I just built the walls myself.” 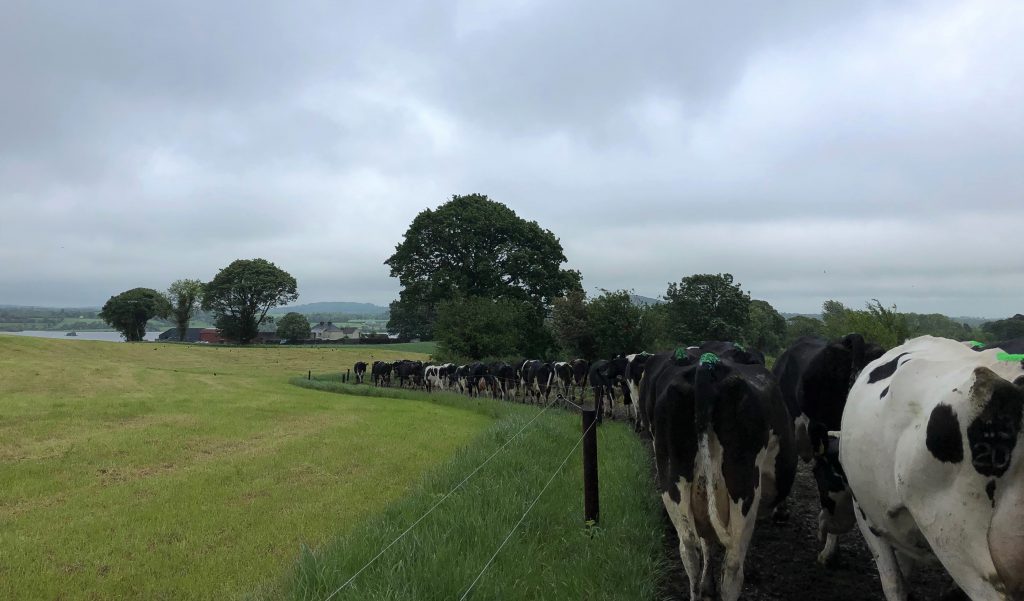 The pass leading to the underpass had to cut through a small area of two other farms. There wasn’t any issue with this as Damien knew the other two farmers and made what he described as “a gentleman’s agreement”.

“They are very, very easy to install. You would think they are difficult to level up but they aren’t. The trick is to try and get all the sections in together, as quickly as possible, so that they act as one unit and then they won’t move. They haven’t moved yet,” he added.

Touching on the cost of the whole project, he said: “The whole job worked out quite cheap. Obviously, if you had to go under a bigger road and you had to cut more tar it would be much more expensive.

“The total cost of the investment was €15,500 excluding VAT. This includes the underpass itself, the digger work, the tar for the road and the two walls. 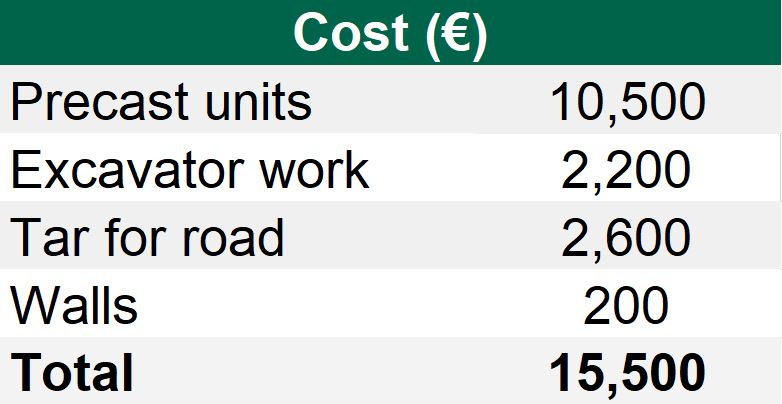 “Myself and my brother built the walls and they cost around €200 for two bales of blocks,” he said.

Damien is currently milking through an 11-unit parlour, but his plan is to hopefully extend this to a 14-unit this year.

I hope to upgrade the milking parlour this year. I plan to do this before I go up any more in cow numbers so that I can milk the cows in a reasonable length of time.

Furthermore, Damien’s heifers are also reared on the block. But, subsequent to installing the underpass, he is now considering the option of contract rearing his replacement heifers.

“I have mentioned it to a suckler farmer and he didn’t say no; so I’m waiting for him to get back to me. Contract rearing the heifers would just simplify the whole system,” concluded Damien.

Dairy focus: Going down the 'robot route' in Co. Laois