IFA will appoint Independent Chairman to its Audit Committee 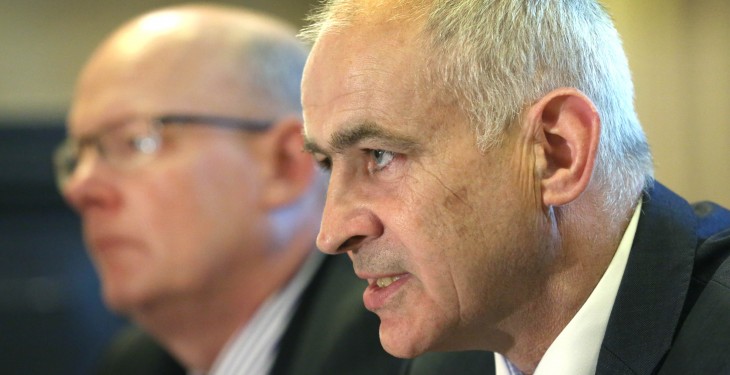 IFA President Eddie Downey has told Agriland that the bond of friendship that exists between himself and Con Lucey has not been damaged by the leaking of the resignation letter written by the renowned agri economist on foot of his decision to remove himself from the association’s Audit Committee.

While not wishing to comment on how the contents of the letter got into the public domain, Eddie Downey stressed that no rancour exists between the IFA’s presidential team, the staff at the Farm Centre and Mr Lucey.

He added: “I have worked with Con over many years. I have the utmost respect for him, both as a professional economist and a human being.”

The President went on to confirm that he has spoken at length to Con Lucey since the ‘leak’ debacle came to public prominence.

“I can also confirm that IFA accepts, in full, the recommendations put forward by Con Lucey. And in this regard, my immediate priority is to appoint an independent chair to the Audit Committee. This process is already underway.  All the other points raised by Con Lucey will be dealt with as a matter of priority, in the wake of the new appointment.”

Eddie Downey also confirmed that the person selected would be ratified by the IFA’s President’s Committee. While claiming that the media attention given to the resignation issue had served to misinterpret the facts of the matter, Eddie Downey conceded that the efforts made by the IFA over recent months to make its procedures more transparent had back fired.

“The idea of setting up the Audit Committee in the first place was to clearly demonstrate that the highest standards of professional conduct are maintained at all levels within the IFA and we remain fully committed to reflecting these ideals across the broad spectrum of all our activities.”