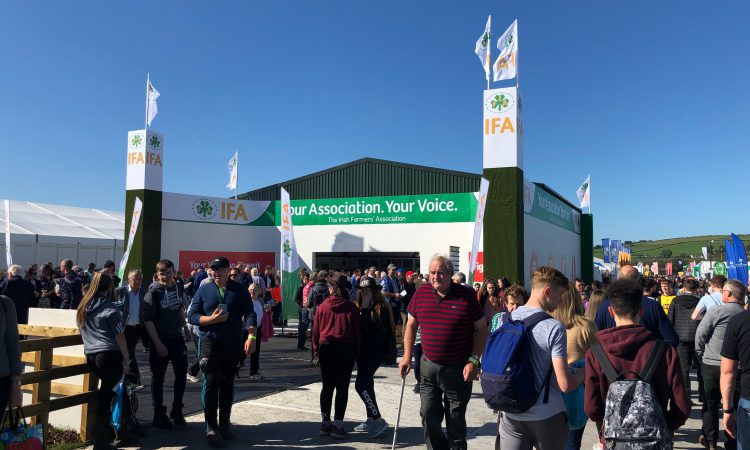 Following much speculation that another candidate would step into the race at ‘Ploughing 2019′, the position for deputy president of the Irish Farmers’ Association (IFA) remains uncontested.

The chairman of the Kildare IFA branch, Brian Rushe, is currently the only declared contestant in the race.

Rushe is set to host his campaign launch night on Tuesday, September 24, at 8:00pm in the Keadeen Hotel, Newbridge, Co. Kildare.

The county chairman announced his intention to run on Tuesday, July 16, following his nomination for the position by Kildare IFA at a county executive meeting the previous night.

Rushe is a dairy and beef farmer and former Nuffield scholar.

He was nominated by his home branch, Carbery Cadamstown, and seconded by Moone branch, to contest for the role of deputy president.

Advertisement
Potential candidates have until Tuesday, October 1, to be nominated by their home county executive.

However, nominations must be received by the IFA’s returning officer no later than Wednesday, October 2, at 10:00am.

Meanwhile, three candidates stand in the race for the leadership role in the organisation as the the next president of the IFA.

They are as follows:

All candidates attended the three days of ‘Ploughing 2019’ and were busy with their campaign teams canvassing their fellow IFA members who visited the organisations stand at the event.

Stay tuned to AgriLand for further updates on the IFA’s presidential race.