IFA calls on ministers to act on forestry emergency measures

The Irish Farmers’ Association (IFA) is calling on the Minister for Agriculture, Food and the Marine Charlie McConalogue and Minister of State with responsibility for forestry Pippa Hackett to implement emergency measures for the forestry sector.

IFA President Tim Cullinan said that six emergency measures put forward by the IFA would allow farmers to manage their forests and ensure the survival of the indigenous timber industry.

At a meeting yesterday (Wednesday, November 18) with Ministers McConalogue and Hackett, the IFA pointed out that there are nearly 2,000 licences caught up in the department.

Despite the additional resources that have been allocated, the backlog will not be cleared for two years according to the association.

Tim Cullinan said: “The target for processing licences in both the legislation and the Charter of Farmers’ Rights is four months.

These delays are a scandalous treatment of farmers and will be the death knell for our timber industry and our forestry planting programme.

Cullinan stressed the IFA’s willingness to work with the ministers, but said that the length of the timeframe proposed to deal with the crisis was unacceptable.

“I have asked the ministers to go to the EU Commission to seek an amnesty – an emergency provision – due to the scale of the crisis and the risk to the future of the forest sector. These are exceptional circumstances and demand exceptional actions,” Cullinan said.

IFA Farm Forestry Committee chairman Vincent Nally said that the system is not working for farmers. He noted that the costs and red tape associated with planting and managing a forest is a “disincentive to planting” and actively discourages management.

“The system needs to be streamlined through the amendment of the Forestry Act 2014 to remove the requirement of a licence for a forest roads and thinning operations,” Nally said.

The submission of a management plan that describes how the forest will be sustainably managed over a 10 to 20-year period should replace the licence requirement.

Tim Cullinan welcomed the proposal by the ministers to meet again in three weeks to progress action on forestry licences.

“There is no doubt that the system needs to be reformed, and without this reform, I could not encourage farmers to plant,” he concluded. 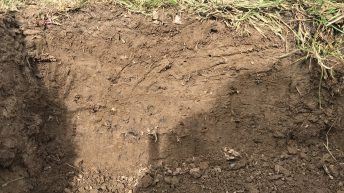