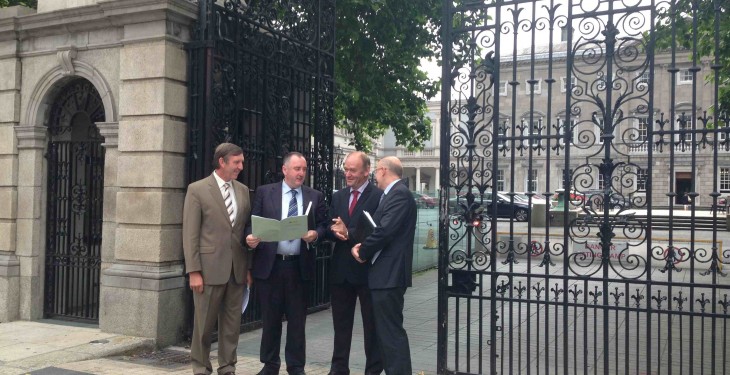 Speaking at the launch of the Association’s pre-Budget submission ‘Investing in Agriculture for Economic Growth’ in Dublin this morning, IFA President John Bryan has said that the Government must take into account the new EU Rural Development funding that is available for agriculture, in the budget decisions for 2014.

Bryan said: “Under the proposed Rural Development programme 2014-2020, an average of €290m EU funding/year will be available directly for farm schemes. This is an increase of more than €100m on the EU funding that was available in 2013. This funding will be available at no additional cost to the Exchequer, and must be directed towards schemes for the farming sector in 2014.

“As agriculture is the only sector to generate a significant level of EU funding, the continued rigid adherence to a reduction in the Gross Ceiling in the Agriculture Budget for 2014 is totally unacceptable. The Government must ensure that the increased EU funding that is available is directed in full to the faming sector.

“Funding for farmers has been significantly reduced in successive budgets through cuts to, or the closure of, a number of schemes. Within the agriculture budget, farm schemes have been targeted for disproportionate cuts. Farm schemes have been cut by 18% since 2011, while the overall budget has been reduced by just 8 per cent.”

He continued: “I am very concerned about recent statements from the Minister for Agriculture, Simon Coveney, in which he suggested more budget cuts this year. The Minister needs to fight for the retention of existing exchequer funding for farm schemes, and ensure that new EU money available is retained in full for the farming sector.”

He added: “At a national economic level, the agri-food industry is also contributing to economic growth, with food and drink exports in 2012 exceeding €9bn for the first time. Despite a difficult economic environment in our main export markets, agri-food export growth has continued into 2013, with an increase in value of over 6% in the first five months of the year. In addition, figures for early 2013 indicate a significant rise in employment numbers in the agriculture sector.

Mr Bryan concluded: “Funding for farm schemes underpins farm incomes and output in the agriculture sector, which is delivering employment growth and increased economic activity. The recent study undertaken by UCD shows that for every €1 of output produced on cattle farms, an additional €1.49 is generated in the Irish economy. In addition, every €1 of support for the cattle sector, through direct payments, underpins over €4 of output in the economy.”