‘If it wasn’t for the robots, I wouldn’t have the cows’ 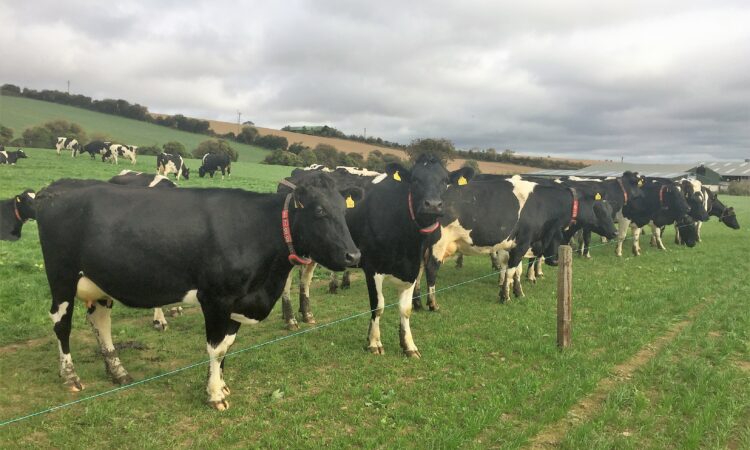 After being involved in an accident in 2016, Michael Callan had to re-evaluate his whole dairy farming system. However, it wasn’t until he visited a farm in Co. Meath that he settled on the idea of robots.

Now Michael and Christine Callan – along with their three sons – milk 450 cows, across two farms, through six Lely Astronaut A4 milking robots.

Telling his story, Michael said: “We bought this farm in 2005 and it was in tillage for 30-odd years. I spent five years losing money at tillage and we decided to go milking here in July 2010.”

Touching on the conversion of the new farm from tillage to dairy, Michael added: “We reseeded the whole lot in the autumn of 2010 and we started milking here in the spring of 2011 in an 18-unit parlour. We extended it then to 30 units. 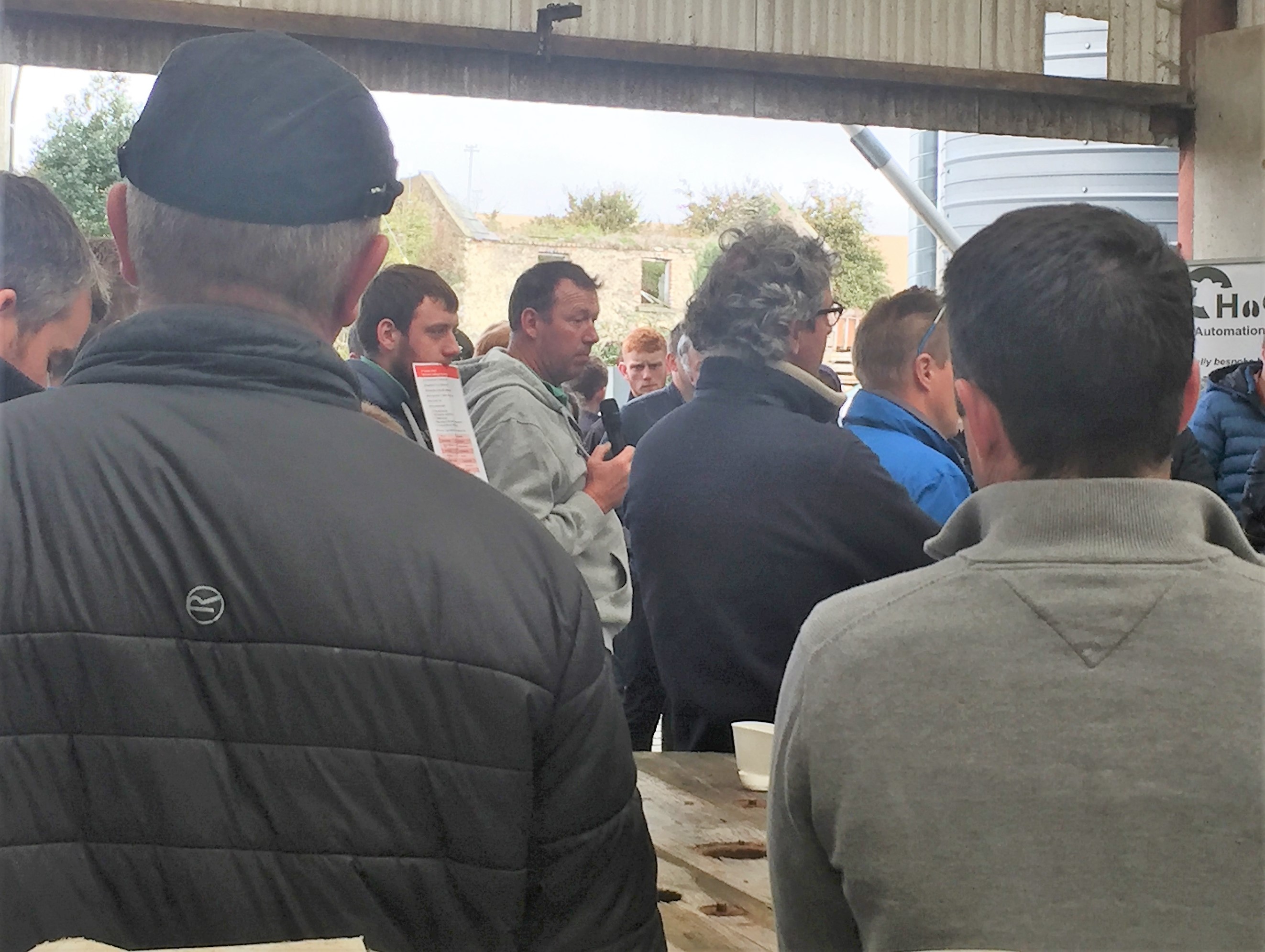 “We decided in October that we’d go milking with robots. Basically, the cows were dried off Christmas week; we started demolishing straight away and we started milking here in the first week of February with the robots.”

Initially, four Lely Astronaut A4 milking robots were installed on the purchased farm; a further two were fitted in the original farm the same year. With the development of the purchased farm, there’s scope to increase to eight robots if the need arises. 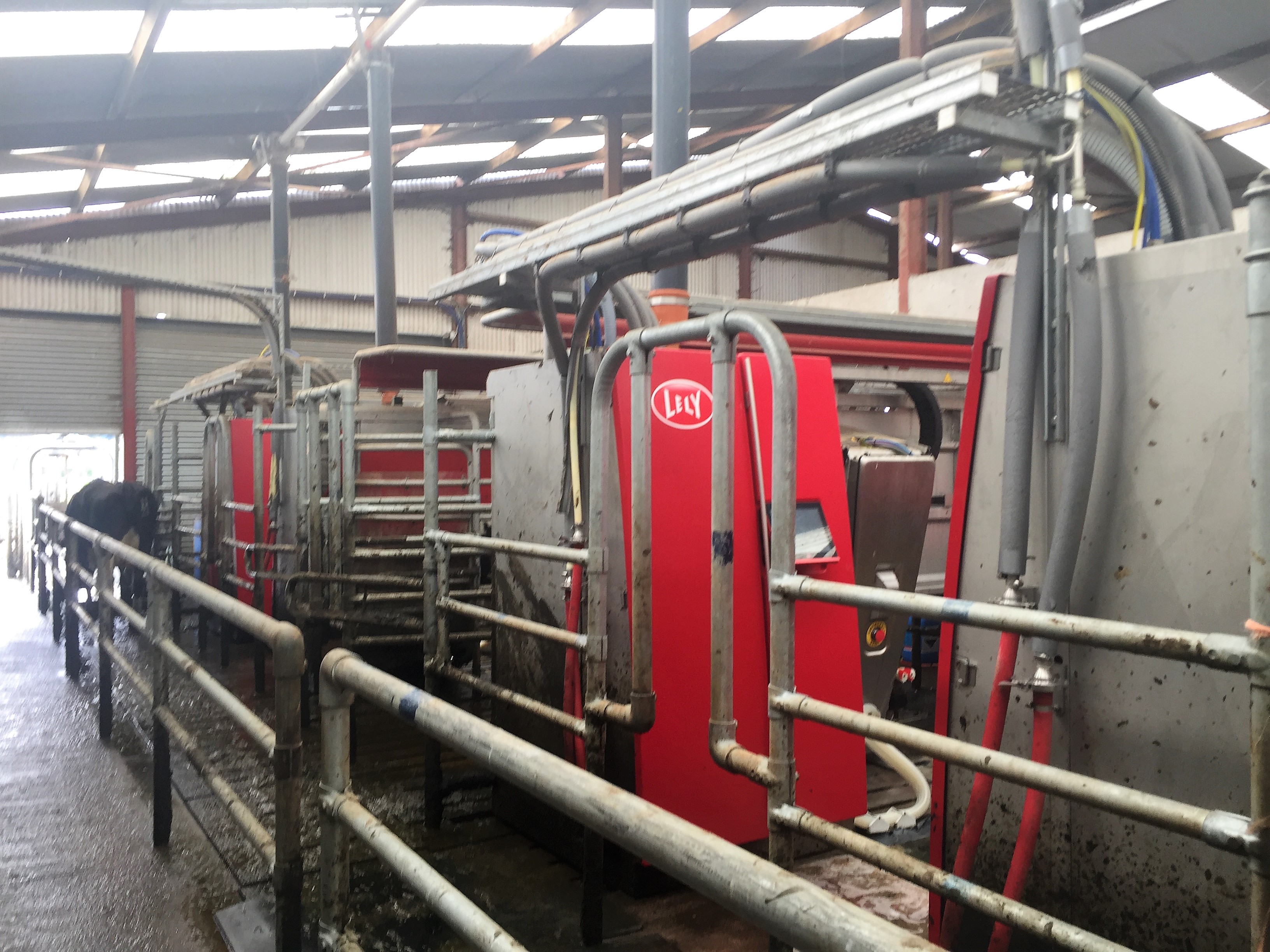 Why the robotic route?

When questioned on why the decision was made to go down the robotic route, Michael said: “In 2016, I was involved in an accident and I wasn’t able for the same level of physical work as I previously had been.

“I’ve been around cows my whole life and I love everything about them – except milking them. In October 2016, we attended an open day on Pat Farrelly’s farm and that’s when it became clear to us that robots could be a solution.

“My vet asked me recently how the farm was going and I told him I wouldn’t still have the cows if it wasn’t for the robots.

“There’s a massive saving on labour with the robots, but it probably takes a slightly higher degree of management. You have to keep your finger on the pulse. If you do that, you will be truly rewarded.”

Joe McGorman, who’s worked with Michael for over 20 years, is tasked with the day-to-day running of both farms.

Michael continued: “There’s 300 cows here the whole time, but we moved the empty and late-calving cows down to the other yard to try and stretch grass here.

“Basically, between the two yards, we have 450 milking – 300 here and 150 in the other yard – and that’s running on less than half a labour unit at the minute.

Michael did stress, however, that you have to keep your finger on the pulse when it comes to the management of a robotic milking operation. He also highlighted some of the benefits – in addition to the labour savings – that have been witnessed since the robots were installed.

“We had a cell count issue before we put the robots in and we were struggling to get in under our co-op limits. That had been going on for a year or 18 months.

“At the minute, our cell count is running around an average of 100,000 cells/ml; the last couple of months it has been under that, and that’s basically coming from using the information we get out of the robots.

“We have a cell count for every cow for every milking. If you see a problem developing, you won’t be long solving it and it could be as simple as drying off one spin.

“There wouldn’t be much mercy here with problem cows or cows not doing what they are meant to be doing. If you have 95% of your herd doing what you want, I don’t see much point in rooting at the other 5%.”

The Callans are currently operating an ABC grazing system through the use of a Lely Grazeway. The installation of this piece of equipment means that the cows are allocated grass in three different paddocks each day. 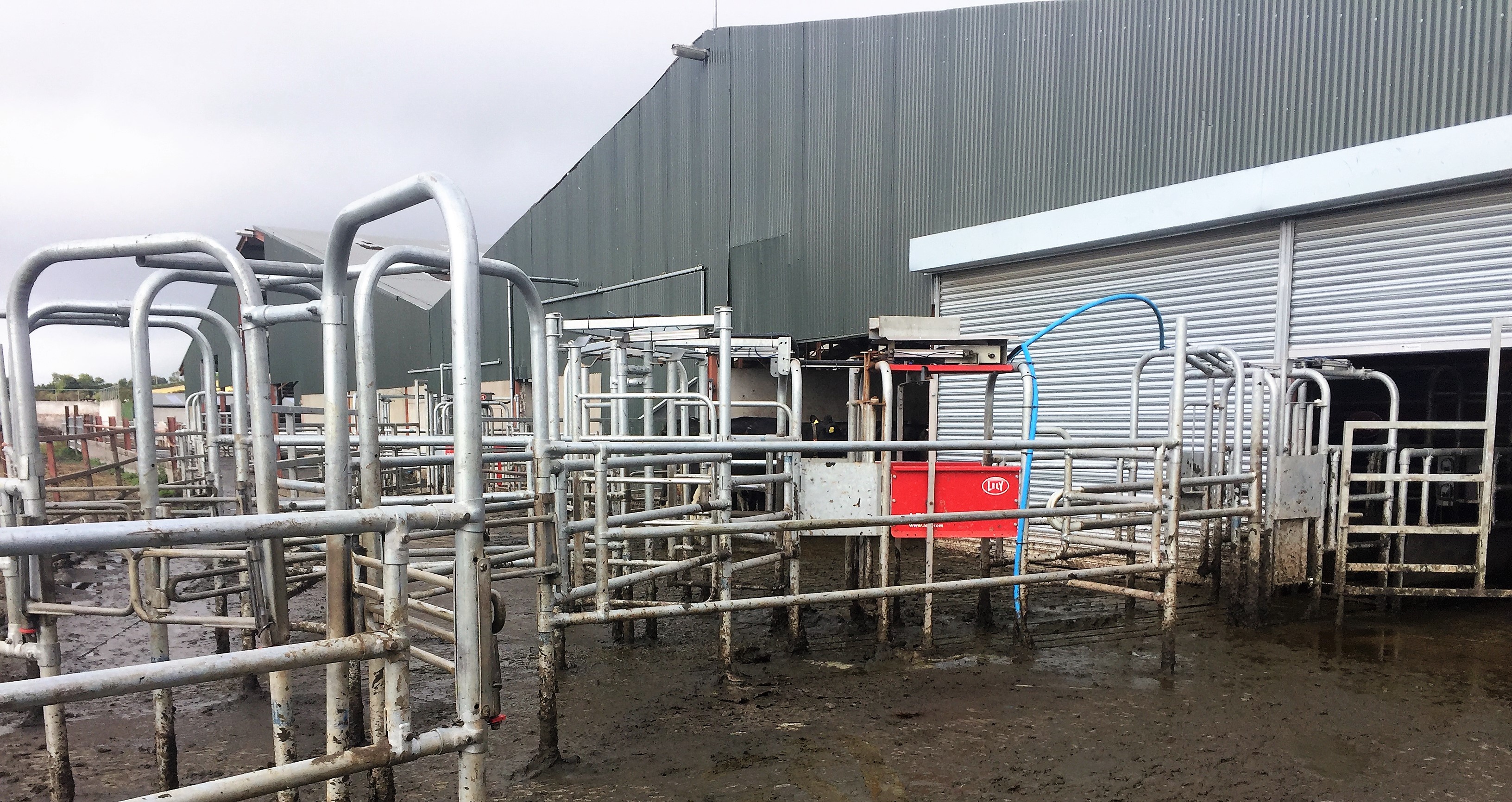 The 81.56ha milking platform on the farm typically grows 13-15t/ha each year. Recently, a focus has been placed on paddock size and procedures are well underway to reduce the size of the paddocks on the farm.

The milking platform currently has an average cover of 757kg/ha or 244kg/LU. Lately, the decision was made to move empty and late-calving cows back to the home farm to stretch out grass supplies on the four-robot block. 244 cows now graze this block.

Commenting on the grazing system, Michael said: “The movement of cows under an ABC system is totally to do with grassland management.

“We don’t go out with a calculator counting up the m²; you just get used to it by eye and put up the wire based on that.”

With an average EBI (Economic Breeding Index) value of €122 for the cows in the herd and a focus on fertility and milk solids, the herd’s within the top 10% of Lakeland Dairies’ suppliers for calving interval (364 days) and spring six week calving rate (100%).

Commenting on the breeding strategy, Michael said: “It’s very simple. For the last number of years, we’ve synchronised everything and used high-EBI Friesian on day one.

“28 hours later the bulls are released and that’s our breeding finished for the rest of the year.

“Maybe on day 17 – if we see a lot of cows actively bulling – we might pull the actively bulling cows out to a spare bull in a paddock and leave the team of bulls hunting the rest of the herd.

“The plus side to all of this is that every dairy female born on the farm in the last five years has been bred out of a cow that went in calf to the first service from synchronisation. It automatically improves the fertility of our herd.”

Touching on the reproductive performance this year, he said: “There were 165 heifers served and the bull ran with them for seven weeks after day one; there were three heifers empty when we scanned.

“We had 300 cows here and the bulls ran for 10 weeks and we had 20 cows empty. It’s just naturally improving our fertility the whole time by doing what we are doing.” 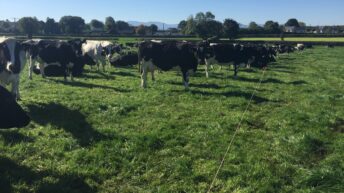