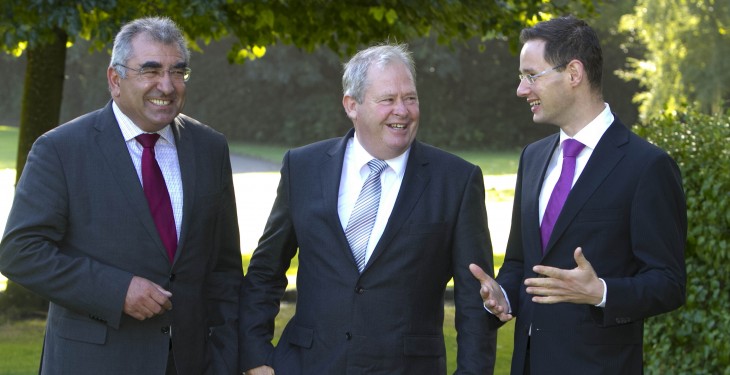 Ernst and Young France were commissioned to conduct an “Analysis on the future developments in the dairy sector” by the EC Agriculture and Rural Development Directorate-General.

Its report comprehensively rejects the so called ‘buy-out’ supply management proposals, describing them as unworkable.

Ernst & Young did however call for strong measures to help farmers to deal with the inevitable volatility which will occur when milk production quotas are abolished.

“ICOS calls on all the parties in the sector to work to develop support tools to protect dairy farming incomes. Neither farmers nor their co-ops can absorb the milk price volatility that looks likely in the future.

“EU market tools need to be strengthened, and new innovative financial measures – perhaps based on futures markets – need to be developed. The first step in the development of these mechanisms will be to introduce transparent and objective milk pricing tools. ICOS has worked hard to develop such just such an approach and will continue to do so.”

ICOS and a coalition of co-operative and farming organisations in 13 European dairy producing countries are opposed to suggestions for discretionary milk supply controls following quota abolition in 2015.  That had been originally suggested by French MEP Michel Dantin.

ICOS and its coalition of organisations are demanding that any such proposals should be unequivocally ruled out by the EU.