Laois on a high

‘Yes We Can’, has become a chant associated with enigmatic leader Barack Obama, however many of us will remember the amazing story of Offaly man Henry Healy’s links to the world’s most powerful man. Healy will tell attendees his intriguing story in the Laois Ploughing Village tent today at the National Ploughing Championships.

This year Electric Picnic celebrated its 10th anniversary placing Laois and Stradbally firmly on the events calendar. 2013 sees Laois also host the National Ploughing Championship for the first time since 1943 when the event was held in Lamberton. With such high-profile events taking place Laois representatives are keen to highlight all the county has to offer.

Laois Ploughing Village will showcase local and national genealogy, internationally renowned crafts as well as sanctuary for frazzled parents in the form of a top of the range playground.

Jessica Dowling, accommodation officer and co-ordinator of the Laois Ploughing Village, tells AgriLand about what is going on for the next few days.

“We have a panel of experienced genealogists talking about the land and the key role that has played in the history of Laois, we also have experts from Heritage Profile Ireland who will be hosting genealogy workshops on how to trace their ancestors with some practical tips on accessing archives.”

Henry Healy, 8th cousin of Obama, encourages everyone to get involved in the Gathering and ancestry. “We hope that the Gathering will provide a legacy for communities that will serve to lift them long after the excitement of 2013 subsides. Irish people have such a strong sense of place and belonging and that translates around the globe. Ancestral tourism in this country is huge, there are 70 million people worldwide with Irish ancestry with almost 40 million  coming from the US. In addition you have smaller pockets like Argentina and South Africa, at the international hurling event in Galway there was a team in Buenos Aires,” said Healy.

In addition to hosting international events Laois artist Ann O’Brien displays some of her world renowned Mountmellick Embroidery. Inspired by the events of the World Trade Centre in 2011 Ann created a piece named ‘Out of the Ashes’, which is based on the concept of a phoenix rising from the ashes. Ann won first prize at the Craft Fair in the RDS, the eye-catching piece was exhibited in New York where he held a lecture.

Many parents will welcome the news that a state-of-the-art playground has been provided by Go Play in association with Laois County Council. Keith from Go Play encourages community residents around Ireland to look into the ample funding the government will provide councils to build playgrounds. “The playgrounds can be funded through Leader, they will guide you through the funding and provide up to 75 per cent so the community only supplies 25 per cent.” 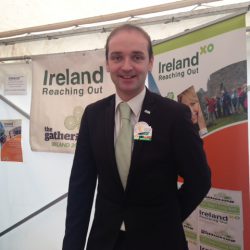 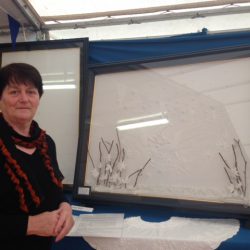 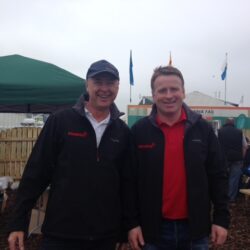 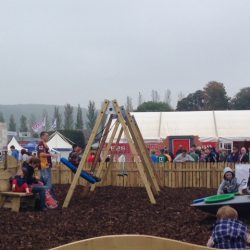