More than 350 people turned out for the first farm walk as part of the second phase of the Teagasc Green Acres Calf to Beef Programme in Co. Kilkenny today, Thursday, October 10.

It took place on the dairy calf-to-beef enterprise of father-and-son duo Thomas and Peter O’Hanrahan.

From the outset of the event, it was clearly explained that in order to achieve success through a dairy calf-to-beef system, the farm must commit to efficiency targets – right across the board. 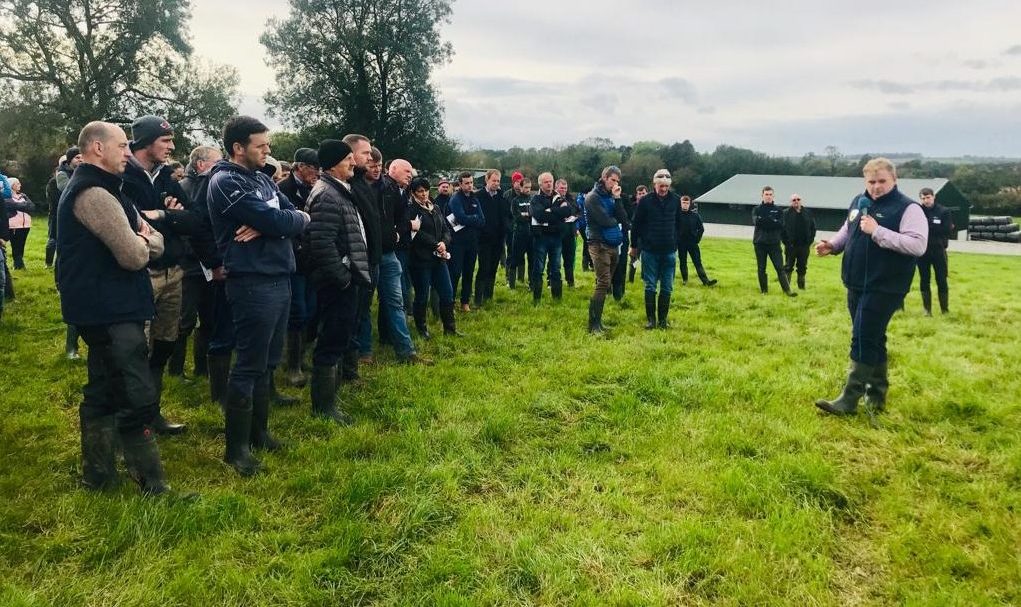 Originally, a suckler-to-beef operation took centre-stage on the farm, with Peter working off-farm as an electrician.

However, after Peter completed a two-year stint in Teagasc’s Kildalton College, a calf-to-beef enterprise was introduced on the farm in 2014 and the sucklers were phased out.

Peter puts a lot of emphasis on buying the right calf. He is a firm believer in buying direct off farms and has built up good relationships with dairy farmers in his locality.

These relationships maximise the value of the calves to Peter and Thomas and, when they arrive on-farm, they are housed in the correct environment, provided with the correct nutrition and a vaccination programme is implemented.

On the day, MSD Animal Health’s Sarah Campbell explained the importance of vaccination against disease, while noting that by putting a herd health plan in place, this will result in the use of the “correct products at optimal time”. 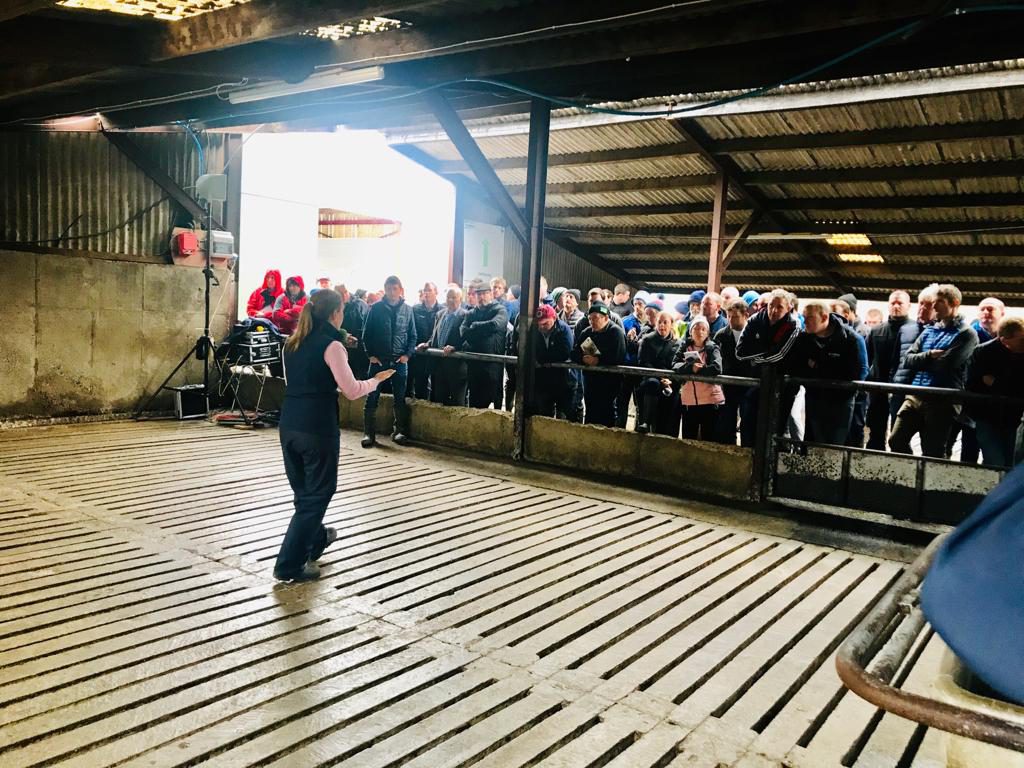 A new calf shed has been built under the Targeted Agricultural Modernisation Scheme (TAMS) on the farm, which Peter designed himself.

Yorkshire boarding was installed along both sides of the unit and an outlet is located at the apex; this provides the correct ventilation.

Micro-environments were created inside the pens and these movable features work well with the 7ft walls to prevent draughts. The floors of the pens are sloped to allow run-off to channels, which flow to a slatted tank located close to the shed.

Doreen also noted that key features – in terms of calf health – in a calf house should include: adequate light; adequate drainage; the correct bedding; a high level of hygiene; and adequate space. 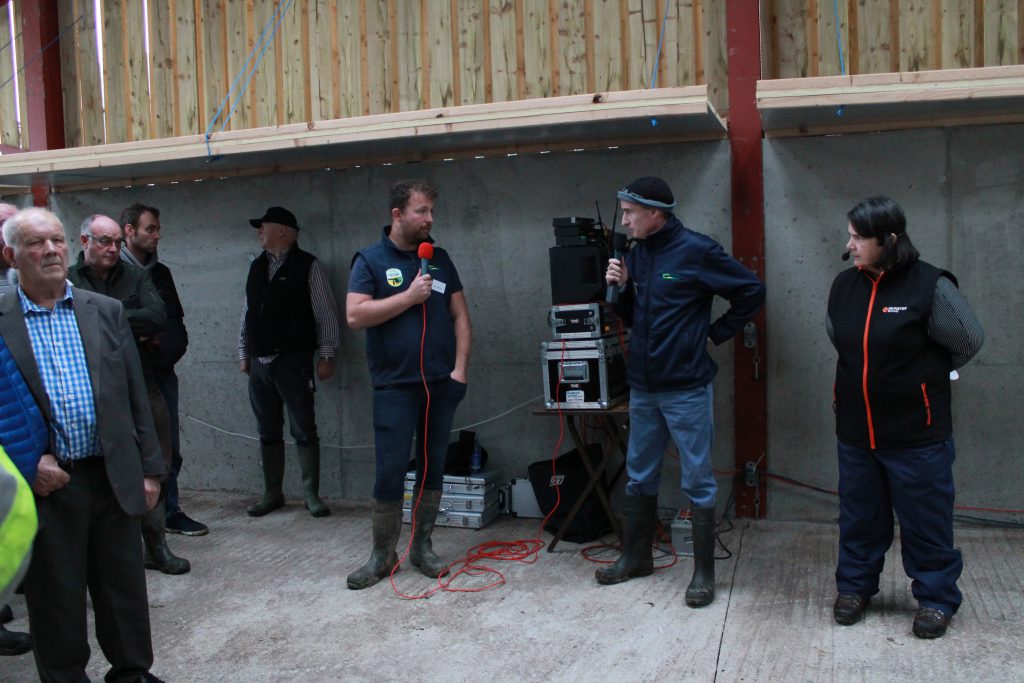 Along with the new calf house, a new slatted unit was also constructed under TAMS.

The five-bay unit contains 26ft-wide pens and double slatted tanks are located either side of the feed passage; vent sheeting and space sheeting on the roof aid ventilation.

The grazing platform stretches to 90.34ha and consists of a mixture of older, reseeded and low-input permanent pasture swards. The farm is dry in nature and grazing can be extended into the shoulders of the year through careful management.

Since the beginning of the year, a large degree of work has also been completed in terms of splitting larger fields into paddocks.

However, soil testing conducted in the spring of 2019 indicated that soil fertility is an issue.

Just 17% of the grazing area is at the optimum levels for pH, phosphorous (P) and potassium (K). P is the major limiting factor, as 80% of the soils are either at index 1 or 2, while 42% of the farm is at this level for K.

Teagasc’s David Argue said: “The plan is to target the paddocks that are low in index 1 and 2 with cattle slurry in the springtime and to spread compound fertiliser to increase these indexes.”

Meeting the soil’s pH requirements will be one of the first steps undertaken when correct soil fertility issues on this farm; 122t of lime will be spread to bring soil pH levels to optimum levels.

What is the plan for the farm?

Although stock numbers had increased steadily over the years, the large acreage of the farm meant that stocking rate and liveweight output (kg/ha) – both key performance indicators of profitable beef systems – were low.

The farm carried a stocking rate of 1.43LU/ha in 2018, while the liveweight output produced was 811kg/ha.

Over the duration of the programme, it’s planned to increase the stocking to 2.13LU/ha and 1,169kg/ha respectively, by purchasing 180 Holstein Friesian bull calves every year. 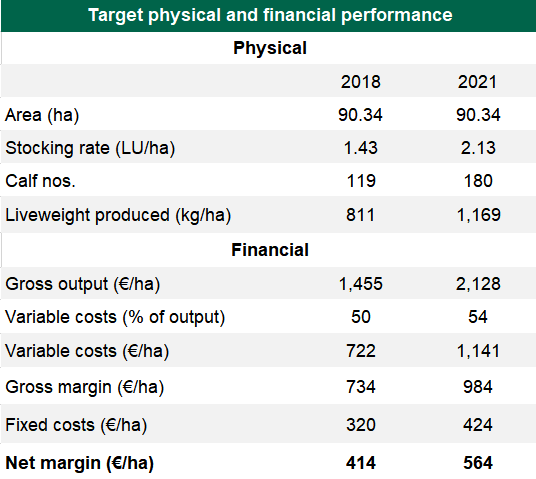 Additionally, variable costs are budgeted to rise to €1,141/ha over the course of the programme, but they will stay within the parameters of an efficient system.

“We’re expecting variable costs to come in at about 50% of gross outputs – which is generally what you see on an efficient calf-to-beef system,” Seán said. 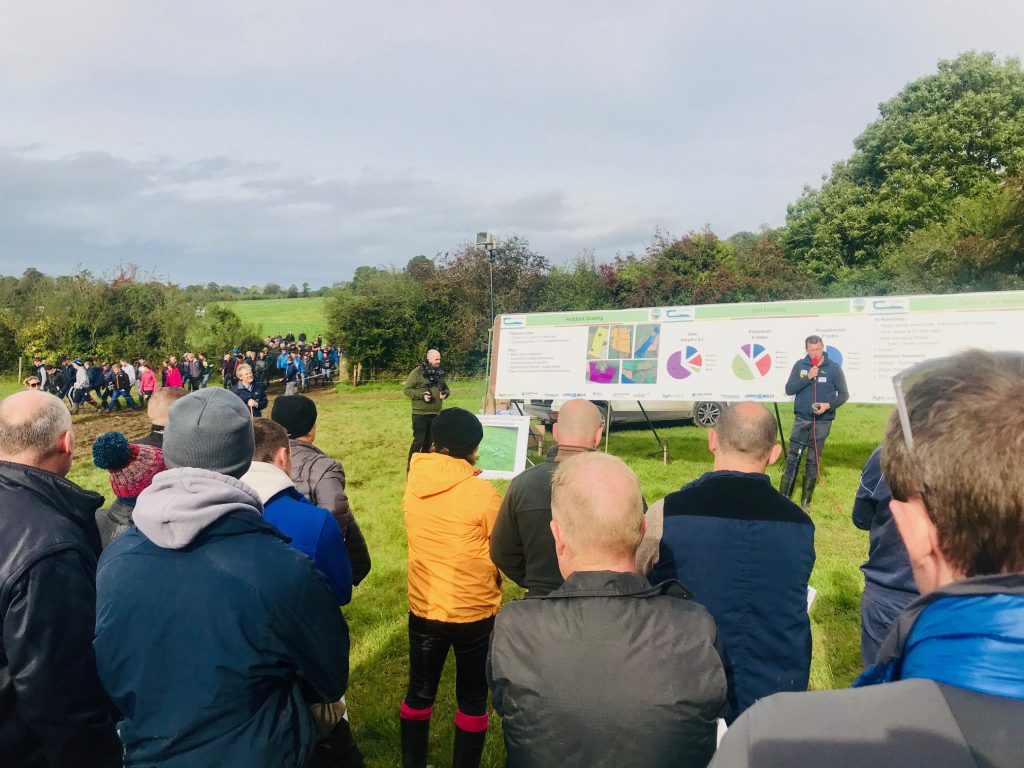 Due to the addition of loan interest and the requirement to purchase a new tractor, the farm’s fixed costs are also expected to rise to €424/ha to leave the potential net margin generated in 2021 at €564/ha.

However, Seán acknowledged that “we’re a long way from 370c/kg now”.

Getting the most from grass

Getting the most from grass is a top priority on the O’Hanrahans’ system and it will continue to do so into the future. As the farm is dry, 280-300 days of grazing are achievable when the correct management practices are used.

Teagasc’s Catriona Foley said that closing began on O’Hanrahans’ farm on October 7, starting with the wettest land on an out-farm. 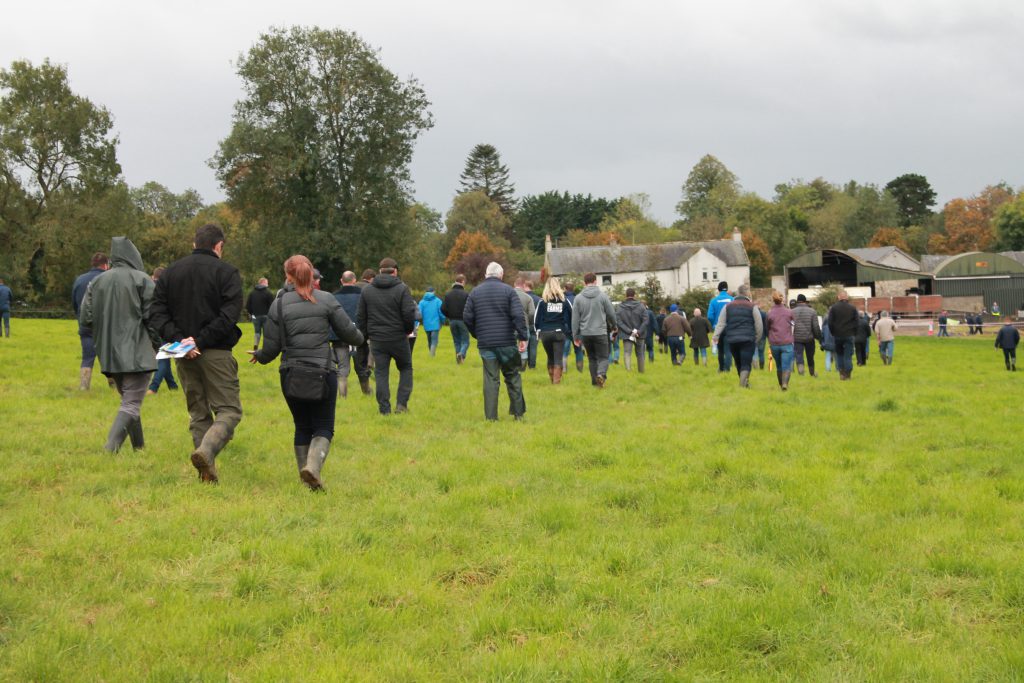 For this to occur, a flexible mindset and good grazing infrastructure are required.

An early turnout is targeted and yearlings were turned out in mid-January in 2019, before being rehoused for a short period in February due to inclement weather.

With this turnout date, and if grazing can be extended until mid-November, 283 days of grazing will be achieved in 2019. If cattle can remain at grass until December 1, this pushes the grazing season length to 298 days.

The O’Hanrahans will commence grazing in the springtime once conditions allow by following a spring rotation planner.

Teagasc’s Gavin Doherty said: “Peter is aiming to get cattle out again around January 15, 2020. As a rule of thumb, the aim is to have 30% of the farm grazed by the end of February, the second third by St. Patrick’s Day and the final third by the first week in April – that is the target.”

Again, similar to the autumn, cattle will graze small areas and will move into the next paddock quickly in order to maximise grass utilisation, while minimising poaching.

To start, covers of <1,000kgDM/ha will be targeted to allow cattle to settle into grazing. As cattle become accustomed to grazing once more, the targeted pre-grazing yield will climb to 1,000-1,300kgDM/ha.

Gavin pointed out that Peter is aiming to turn cattle out onto low covers next spring – of approximately 7-8cm.

“There is no point turning animals onto heavy covers because they won’t be able to clean them out. At lower covers the grass is sweet, so it will let them clean it out better,” he said.

Following a spring rotation planner allows the O’Hanrahans to strike a balance between providing quality grass, achieving a high level of utilisation and freeing up ground for early spring slurry applications. This will also allow Peter and Thomas to have the entire farm grazed between turnout and the first week of April.

Under normal spring growing conditions, the earlier grazed paddocks will have recovered over the previous six weeks and be ready for grazing again, providing enough grass for the second rotation.

Other talks on the day included: options for weed control; calf prices for spring 2020; the profitability of finishing at 21, 24 and 28 months-of-age; ration types/ingredients; silage quality; an update on Teagasc’s own dairy calf-to-beef herd in Grange; milk-replacer options; calf-feeding options; and calf health.

In addition, more information was provided around the Beef Emergency Aid Measure (BEAM) scheme and ways to reduce the carbon footprint on individual farms.

Stayed tuned to AgriLand for further extensive coverage of this event…

Transitioning from selling stores to a beef-finishing system in Co. Clare