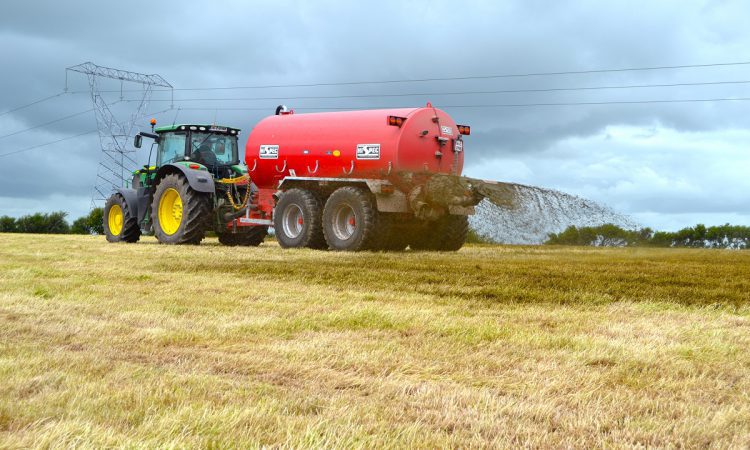 The Health and Safety Executive of Northern Ireland (HSENI) has launched its third Farm Safe Essential message, ‘Give Slurry Space’, which offers guidance when mixing slurry.

The Farm Safe Essentials messages aim to drill down into the key elements and key issues which are the main causes of major incidents and deaths on our farms.

The first Farm Safe Essentials message, ‘No Brakes, No Chance’, was launched during this year’s Farm Safety Week, while the second message, ‘Plan Safe Spaces’ focusing on bulls, was launched in September.

The third message, ‘Give Slurry Space’, encourages the farming community to consider the risks when mixing slurry and more specifically to stay out of the shed for at least 30 minutes after mixing starts.

‘You won’t even know it’s there’

It is extremely important for the HSENI to get slurry safety messages out now before the closed period for slurry spreading which starts at midnight on October 15.

Coming up to this date can be a particularly busy time for farmers and so HSENI is urging farmers to follow the slurry mixing code.

Slurry gas is a mixture of gases; at low concentrations it can knock out your sense of smell so you won’t even know it’s there.

“At higher concentrations you will find it increasingly harder to breathe; you can become confused or even become unconscious.

“At the highest concentrations during mixing operations just one breath of slurry gas can kill.”

The HSENI is proposing the following guidance:

Speeding driver claims he was rushing to help cow give birth