How will you celebrate national Potato day?

Moriarty will be joined by current potato ambassador, TV nutritional expert and dietitian, Aoife Hearne, to support the “Potatoes: More Than A Bit On The Side” campaign on potato.ie.

The potato remains one of Ireland’s favourite vegetables at mealtimes, according to Lorcan Bourke, Potato Sector Manager with Bord Bia.

“National Potato Day on Friday, October 7 is an ideal time to celebrate the huge role potatoes have in Irish culture,” Bourke said.

This year’s main crop has just arrived in stores and it is important people know how to cook this naturally fat free and gluten free food.

According to potato.ie, there are over 60 different recipes to choose from when cooking potatoes, which can be prepared in under 30 minutes.

Consumers and retailers have been called upon to support National Potato Day, by the Irish Farmers’ Association (IFA) President, Joe Healy.

The Irish potato industry is an important indigenous industry worth €75m at farm-gate, with 500 growers planting over 9,000ha annually, he said.

History Of The Potato

According to potato.ie the origins of the potato can be traced to the highlands of the Peruvian Andes-mountains in South America on the border between Bolivia and Peru, 8,000-years-ago.

How the potato came to be introduced into Ireland is not precisely known, though popular myth credits its introduction at Youghal, Co. Cork by Sir Walter Raleigh, it said.

There are now over a thousand different types of potatoes, it said, while potatoes have become an integral part of world’s cuisine. It is the world’s fourth-largest food crop, following rice, wheat, and maize. 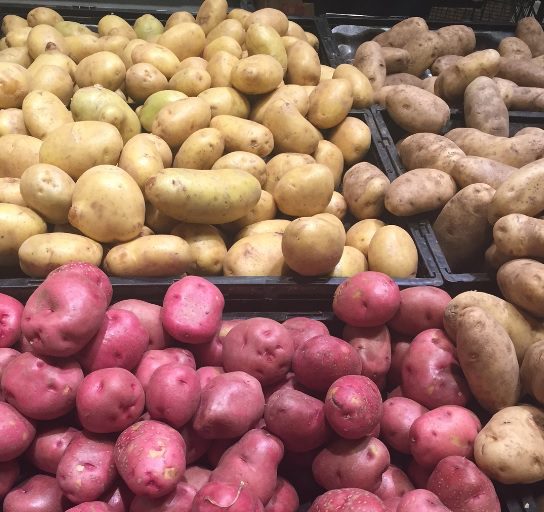 Potato varieties such as Roosters, Kerr’s Pink, Queens, Maris Pipers, Golden Wonder and Records are the most popular potatoes with Irish customers, it says.

With each variety having distinct looks, colour, taste and texture, while different potatoes are more suited to some cooking methods than others, it also said.