How one beef farmer tripled profits by focusing on grass 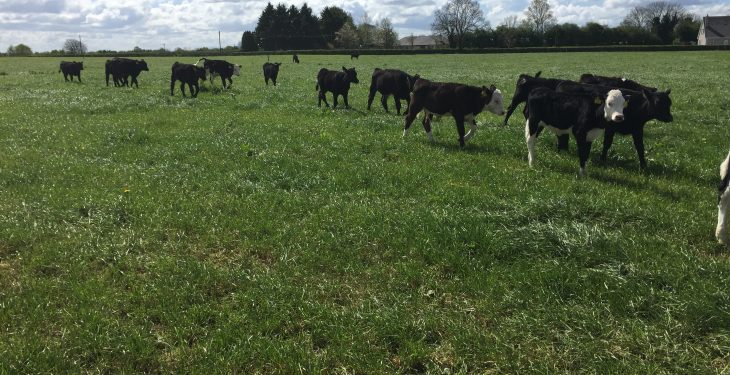 Some of the spring-born calves on Joe Farrell's farm

The Farrell family operate a dairy calf-to-beef operation, alongside a tillage enterprise, in Castledermot, Co. Kildare.

Last week, Joe Farrell – a participant in the Teagasc Green Acres programme – spoke about the changes the beef side of the business has experienced since 2012 at the BEEF 2018 open day. The most notable of these has been the tripling of profits.

Joe has increased his gross margin per hectare substantially over the last five years – increasing from €504/ha to €1,504/ha.

Telling his story, Joe said: “We buy in a mixture of Angus and Hereford heifers and bulls. It was all heifers we were doing [previously], but we’ve changed to some bulls now to try and increase carcass weights. We are doing Friesian bulls as well.

The Kildare-based farmer credits an increased focus on grassland management as the primary reason for this increase. He’s made big changes in this regard and they’ve pushed up his margins.

He changed from using seven large grass fields to now having 35 paddocks, which has allowed him to grow and utilise more grazed grass. This investment cost approximately €4/ac/year (over 10 years).

The paddock system of the family’s farm was developed after a visit from Teagasc’s Gordon Peppard.

“He was on to me about changing the fields into paddocks and I was looking at him as if he had two heads. My father and the men before him spent their lifetime trying to make fields bigger and here’s this guy telling me to go back into gardens; but it worked.”

During the first year, Joe said, two large fields were converted into paddocks and “we saw the effects of it immediately”.

“There’s no comparison to the grass that you can grow. You can put the cattle into it for three days, close it up for three weeks and nice, fresh, leafy grass comes back.”

Another big change on Joe’s farm over the last couple of years has been the improvement in calf health. He has a vaccination programme that he follows rigorously and has extremely low mortality in his calves.

Before the next batch of calves arrives, the housing facilities are completely cleaned out and disinfected to limit the disease pressure on the new additions to his herd.

A vaccination programme has also become an integral part of Joe’s system and all calves are vaccinated for pneumonia, IBR and clostridial diseases .

“We drew up a plan with our vet and we stick to it religiously,” Joe said.

Every calf that comes in is vaccinated and goes through the whole programme.

“There was a time when we were buying weanlings in September or October; but we didn’t know what they had got beforehand, so we decided that we would rear all our own calves,” he said. 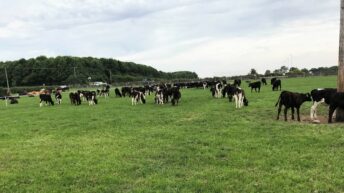