Farming 140ac in Vicarstown, Co. Laois, Eoghan Miller is a new-entrant dairy farmer. Originally Eoghan – who is married to Laurna and has two young children, Robin and Dearbhla – operated a suckler-to-beef enterprise; bulls were finished under 16 months and replacements were bred on the farm.

Eoghan, with the help of his father Chris, also runs a tillage enterprise. However, this has decreased in size since the Millers have made the switch from beef production to dairy farming; all grain harvested is used for feed.

Unhappy with the returns from beef production, Eoghan began looking at dairy farming in a serious way prior to the unshackling of quotas. And – after much consideration – the herd of Simmental cows was sold and replaced with 56 Holstein Friesian in-calf heifers.

There was adequate housing on the farm. Therefore, Eoghan focused his start-up costs on improved infrastructure, including: larger water troughs; and a second-hand, 14-unit herringbone milking parlour.

The start-up costs of dairy farming are extremely expensive. When it came to sourcing the milking machine, Eoghan opted to go for a second-hand Fullwood machine that was purchased in Northern Ireland.

This is equipped with automatic cluster removers (ACRs) and automatic feeders. Eoghan is extremely happy with it and highlighted that the machine was fully serviced prior to installment and the after sales service is excellent.

Prior to the build, Eoghan looked at many different projects to get ideas. The entire build was finished during the back end of 2017 and it was ready for work in spring 2018.

The parlour was constructed as close to the centre of the grazing platform as possible, without going too far away from winter housing and the calving area. 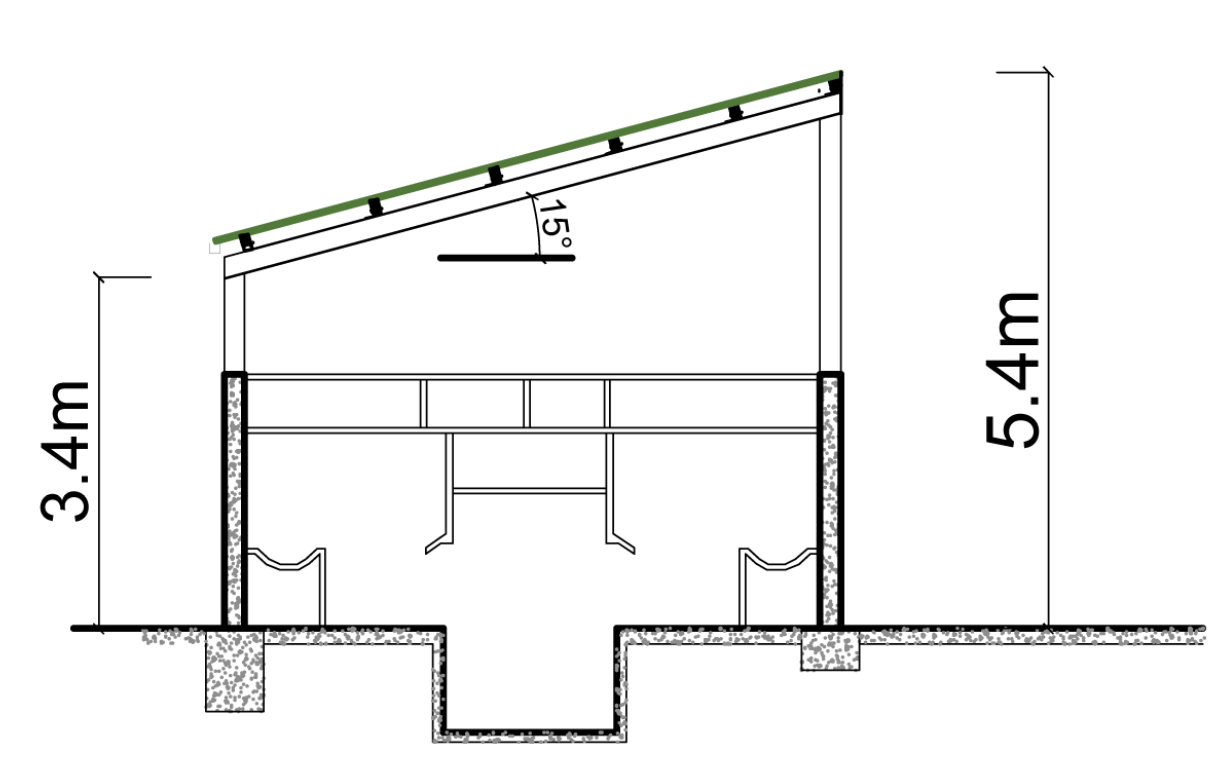 The overall length of the parlour stands at 33m; this includes the plant room and the holding yard.

In addition to the parlour, Eoghan also installed a slatted tank in the collecting yard; this measures 12m long, 4.4m wide and 2.4m deep. An agitation point was installed at one end. 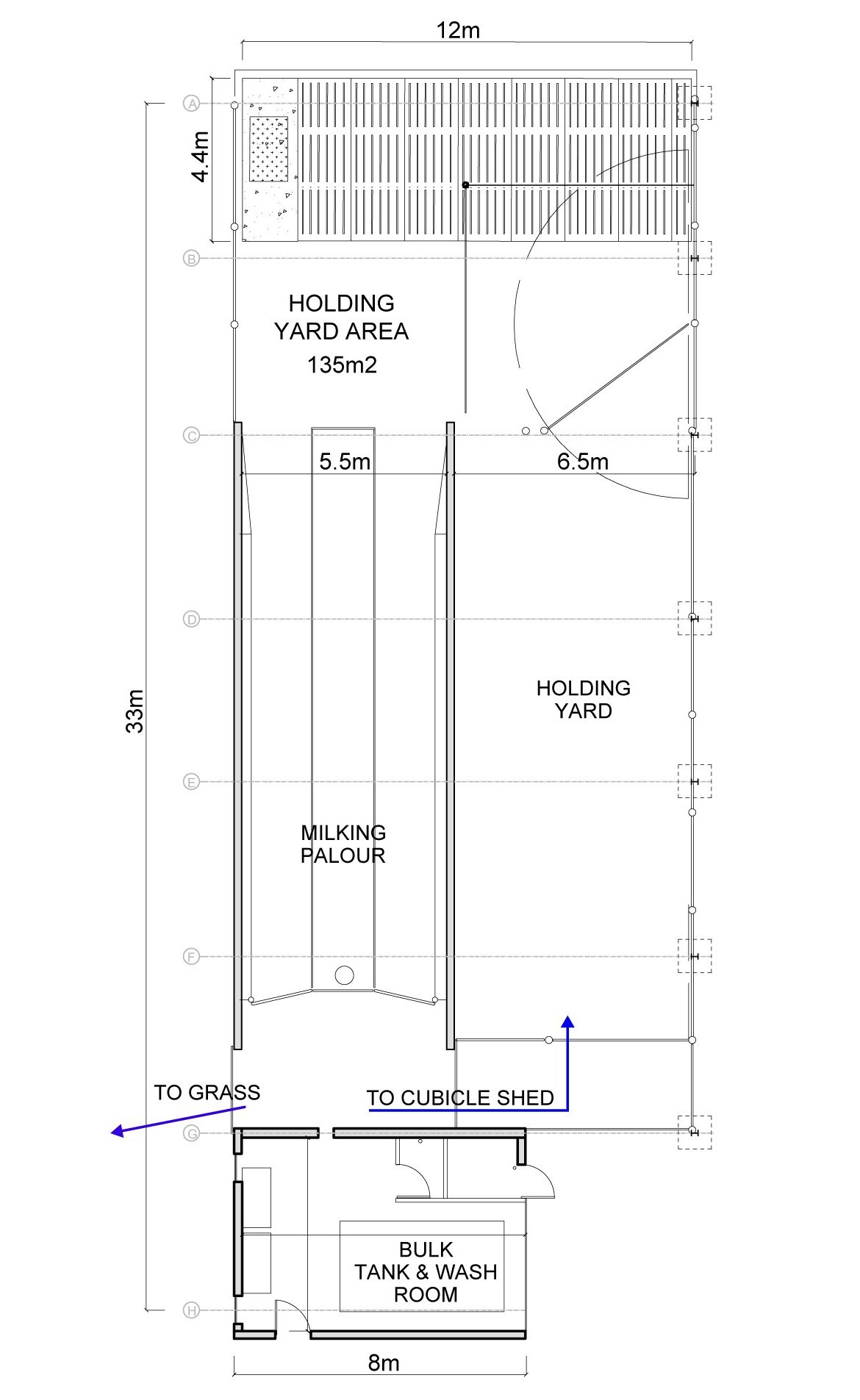 Artificial lights are placed in the unit; they are also located in the pit area, which reduces shadows during the milking process. Flow channels are located throughout the parlour, which catch any run-off; these are piped back to the slatted tank.

The bulk milk tank was purchased under the Targeted Agricultural Modernisation Scheme (TAMS). It has a capacity of 10,500L. 14 cows can be milked at a time and it takes Eoghan approximately two hours to milk the herd of 56 cows.

A difficult year for starting out

Touching on the unexpected weather experienced in 2018, Eoghan said: “The land type we have here isn’t too bad; we have free-draining soils. I had the heifers out quick enough after calving; the snow was the biggest problem.

“If the snow didn’t come, the cows would have been out all the time. I had plenty of grass and they didn’t do too much damage.

“The cows were in for a week during the snow and back out then. During this period, they were fed supplements in the parlour and they were getting good-quality silage and 1-2kg of rolled barley mixed in the diet feeder.”

The Millers upgraded the roadways throughout the farm. This, Eoghan said, was expensive; but without these roadways, the cows would not have made it to pasture during the spring of this year.

He added: “Any roads that we put in, I can drive heavy machinery on. I can let cows into paddocks anywhere along the wire; I have multiple gaps.”

So far this year, Eoghan has all his pit silage harvested. The Laois-based farmer will continue to make surplus bales; however, he noted that plenty of rain will be needed.

The cost and future plans

The total cost of the milking machine was €40,000. This included the installment of the machine and the automatic feeders.

The parlour – which was designed by Aidan Kelly from Agri Design and Planning Services (ADPS) – cost approximately €20,000; this included the cost of the concrete and Eoghan received the TAMS grant for the bulk milk tank.

Commenting on the future, he said: “The plan is to increase cow numbers gradually over time. The milk price is steady. However, lads that were at it last year might think it’s not great; but I think it’s not too bad.”

Eoghan also provided some advice for farmers who are currently considering making a switch to dairy farming.

He said: “I would recommend going with what you are happy with and not to get too big too quick. Do the small things right first and anything that you do, try and do it right.

“The workload is very structured and you know what you are going to do everyday; other farming enterprises are very unpredictable,” he concluded.