How much does it cost to produce a forage crop? 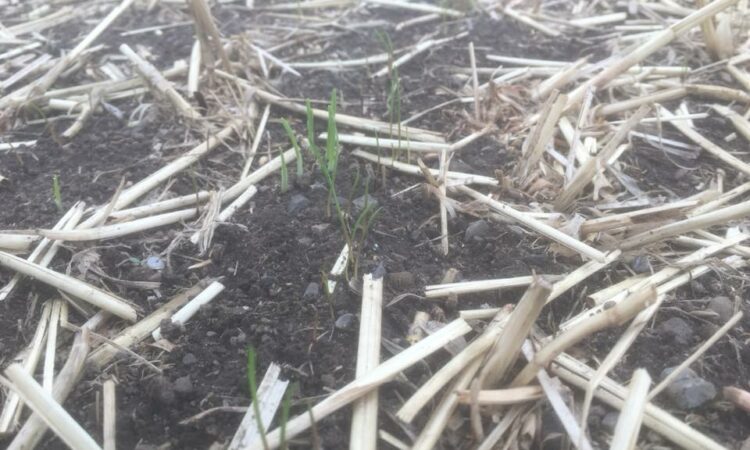 The most important factor to consider when sowing a forage crop is the cost of that crop and if it delivers value for money. The costs associated with growing these crops and the cost per tonne of dry matter are outlined below.

Teagasc’s John Pettit spoke at a farm walk, which discussed fodder options, in Co. Wexford earlier this week. A full breakdown of the costs involved in producing Westerwold ryegrass, Italian ryegrass and brassicas was outlined.

John made it clear that this is not a cheap fodder option, but farmers who have a large feed deficit may need to use this option to fill the gap.

It’s not necessarily the cheapest option in the world, but your options at this stage are limited.

The break-even cost of producing Westerwolds – according to the data supplied by Teagasc – is €35/bale, where eight bales are produced per acre.

John added: “The other thing in terms of Westerwolds is that it doesn’t tolerate heavy winters or frosts. If the crop experiences heavy frosts, it will thin out and its yield potential next spring will be diminished as a result of that.”

All costs are considered in the figures above, including: sowing; fertiliser and the plastic to wrap when baled. Where it is intended to graze the crop, harvesting costs should be replaced by fencing and water costs.

The cost of producing a brassica crop is much lower, mainly due to harvesting and baling costs being taken out of the equation. The cost comes in €105/ac less for brassicas than for the ryegrass crops above. 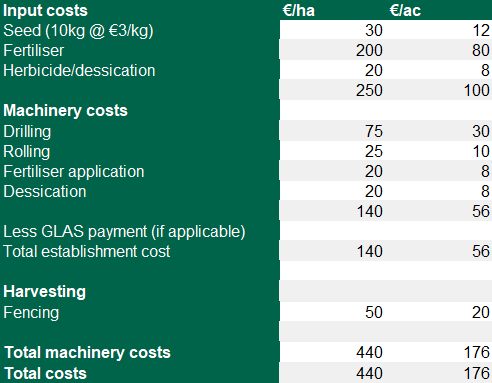 John also outlined an opportunity cost. This might take the opportunity to sow winter crops into account. To get a high yield from the crops, that justifies the investment involved in establishment, the grasses will have to remain in place until March at least.

One of the best ways to compare these crops is by the cost per tonne of dry matter (DM). Teagasc estimates that Westerwold ryegrass or Italian ryegrass will produce 1.4t/ac of DM at a cost of €201/t of DM.

Brassica crops will produce 1.8t/ac of DM, 0.4t above the grass crops outlined. The cost per tonne (€/t of DM) produced is also much less at €98.