How many hours do farmers actually work per week? (CSO says it’s a lot!)

Farmers continue to work the longest hours per week in Ireland, according to latest statistics released by the Central Statistics Office (CSO).

Interestingly, according to the CSO, farmers worked longer hours so far this year than any year since 2010. Last year farmers only worked 47 hours per week – some three hours less than this year. 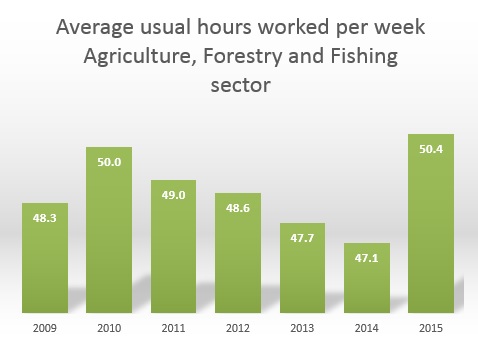 Time is a valuable resource.

According to Teagasc, how a farmer’s time is used influences both their effectiveness at work and their lifestyle. It says that having adequate time for leisure and rest has a significant impact on quality of life.

According to Teagasc, a balanced lifestyle with approximately equal amounts of time devoted to work, leisure and rest is crucial for long-term contentment and health.

Teagasc research shows that there is considerable scope to improve the effectiveness of labour use on many farms. However, it says it takes conscious effort to make the appropriate changes in practices and facilities.

Teagasc note that every farm has a different set of circumstances. Accordingly, it says approaches to improving labour efficiency will vary from farm to farm.