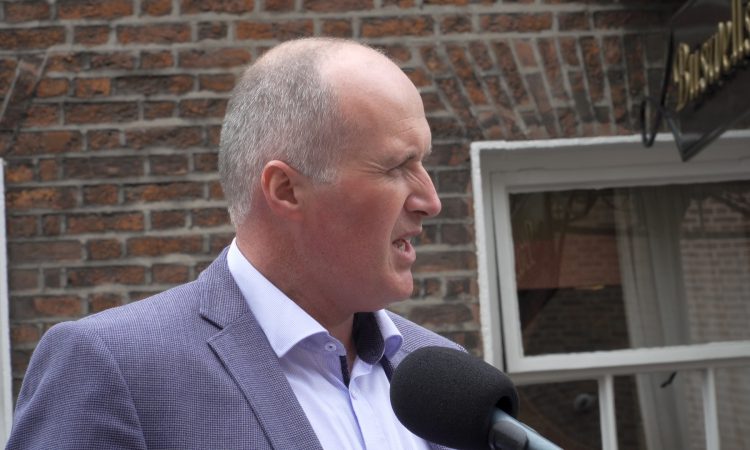 Farmers will be reassured by the tone of the recently-announced programme for Government with regard to its dealings with agriculture. That’s according to the president of the Irish Creamery Milk Suppliers’ Association (ICMSA) – Pat McCormack.

McCormack said that efforts had been made to avoid the kind of crude ‘’farmer-bashing’’ that many had feared. This, he said, had to be acknowledged.

However, he said that was balanced by a troubling lack of specifics on the question of how farmers would be paid to help lower emissions amongst other objectives. Nowhere, he said, was this more obvious than on the question of the Rural Environment Protection Scheme (REPS) type approach envisaged in the programme.

Obviously, the programme can’t go into micro-detail; we understand that. But it is already obvious that if this scheme is to be meaningful then it is going to have to accommodate over 70,000 farmers – including commercial farmers – and the funding will have to reflect that number of participants and the step-change such a scheme represents.

‘Clarity on this is hugely important’

”The funding allocated will reveal whether this new scheme is a real option for farmers. Clarity on this is hugely important,” said McCormack.

The document covers a vast amount of issues around agriculture and the ICMSA is concerned about how all these issues will be addressed, while maintaining the economic viability of farmers and rural areas.

”We will also look very closely at the wording committing the Government to actual regulation and enforcement of fair margins on food supply, as opposed to the hopeless hand-wringing that is all we’ve gotten for years.

The ICMSA’s concerns arise from previous false promises on this issue and previous failures to carry through cannot be repeated.

”The ICMSA wants to believe that this can be a new start for the relationship between environmental concerns and family farms, but that can only be on the basis of mutual respect and a willingness to accept uncomfortable realities.”

Concluding, McCormack said: ”Policies and solutions must come from an understanding of context and pragmatism – and not ideology imposed from outside or above. We will work as closely as we’re allowed but we’ll watch even more closely.”