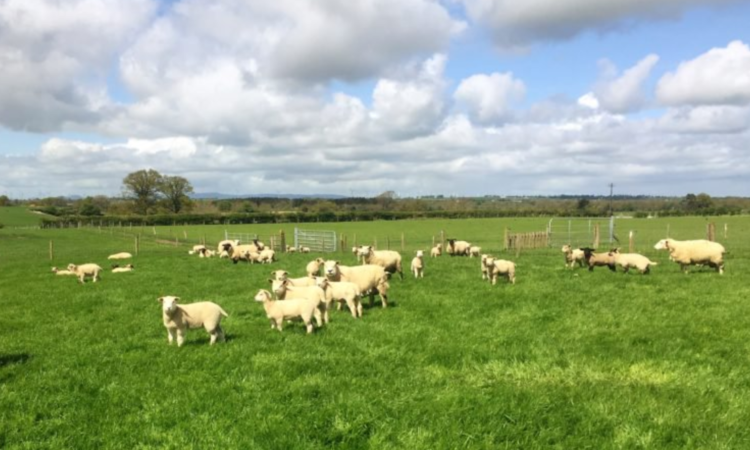 A study carried at UCD (University College Dublin) Lyons Farm during 2015 and 2016 showed that lambs produced from multi-species swards were heavier at weaning and reached slaughter weight quicker than those on grass only swards.

There were four sward types investigated:

The experiment started at turnout (post lambing) and continued until all lambs reached slaughter weight and the ewes were housed in early December 2015 and late November 2016.

All swards were rotationally grazed by ewes and their lambs from turnout – post-lambing – until housing. Each sward type was managed as a separate farmlet at a stocking rate of 12.5 ewes/ha. Each farmlet consisted of 30 twin-rearing ewes.

At 14 weeks post lambing, all lambs were weaned and thereafter a leader–follower system was operated, whereby lambs grazed ahead of the ewes within their allocated sward type.

Lamb live weight was recorded fortnightly to calculate average daily gain (ADG) and lambs were drafted for slaughter at 45kg.

Advertisement
Lambs from multi-species swards (6S and 9S) had the highest ADG from birth to weaning and birth to slaughter – estimated at 243g/day and 193g/day, respectively.

On average, lambs produced from these swards took 24 weeks to reach the targeted slaughter weight from birth.

In contrast, lambs produced from the grass-only sward (PRG) had the lowest ADG from birth to weaning compared to all other sward types.

In addition, these lambs also took an extra two weeks to reach the target slaughter weight of 45kg compared to those on multi-species swards.

A faecal egg count (FEC) was recorded fortnightly from each individual lamb in each of the four farmlets. When a FEC above 400 eggs/g was detected, then the infected animals in the corresponding farmlets were treated with an appropriate wormer.

Lambs from multi-species swards required fewer treatments for worms than lambs from grass only (PRG) and grass-clover (PRGWC) swards. 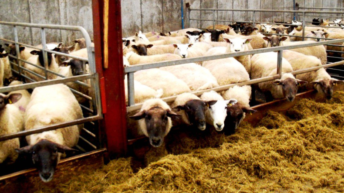 Housed your flock yet? Here are some points to consider for the lambing shed