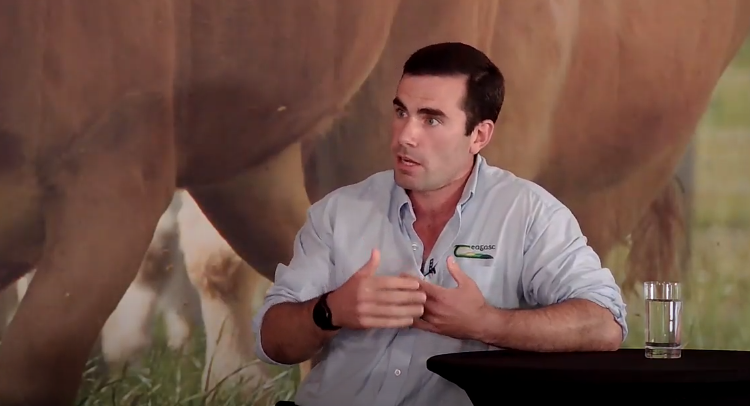 This evening, at day three of [email protected], Dr. Mike Egan, a Teagasc grassland researcher, spoke about how white clover can be incorporated into grass swards for beef production and how artificial fertiliser use can be lowered.

He also spoke about the advantages of white clover in a sward and how to maintain it once it’s there.

What are the advantages of white clover in a grazing sward?

The main advantages of white clover are related to animal performance, herbage growth, sward quality and, most importantly, the reduction in the use of chemical fertilisers.

Generally, white clover has a high-crude protein and a low-fibre content, so by the animals grazing white clover in a sward, it increases not only the animal’s intake, but it can also increase that animal’s live weight gain by 13-14%.

As well as that, another big advantage of white clover is its ability to fix nitrogen N.

White clover is a plant that has the ability to take in N from the atmosphere, bring it down the plant, into the root nodules and convert that into a plant usable source and release that N into the sward.

What’s the best way to establish white clover in a permanent pasture?

There are two main methods when it comes to establishing clover in a sward. One option is a full reseed, which involves including white clover in the seed mix, with perennial ryegrass, for example.

Generally, if you were to carry out a full reseed, in terms of seeding rates, we would recommend including 1kg/ac of white clover in the seed mix.

The second option is oversowing, which involves including white clover in an existing perennial ryegrass sward.

This is a little bit more challenging, as you are incorporating a new seed into a sward that is already growing, so the difficulty is to try and get that new seed to germinate and persist against a rapidly growing grass sward.

Timing is key; the earlier in the year you can sow white clover the better, so that it has enough time to establish before it comes into the cold winter period.

I would be saying anywhere from March, depending on the year, up as far as May, would be the best time to sow white clover. Earlier in the year [to sow] is ideal, because soil temperatures are high. Also, to get the seed to persist in a sward you need moisture.

Once we have clover in a sward, how do we maintain it?

Keeping white clover in a sward long term is about having the correct soil fertility. The optimum soil fertility for phosphorus (P) and potassium (K) is a soil index of 3 and having a lime pH status of 6.3-6.5. 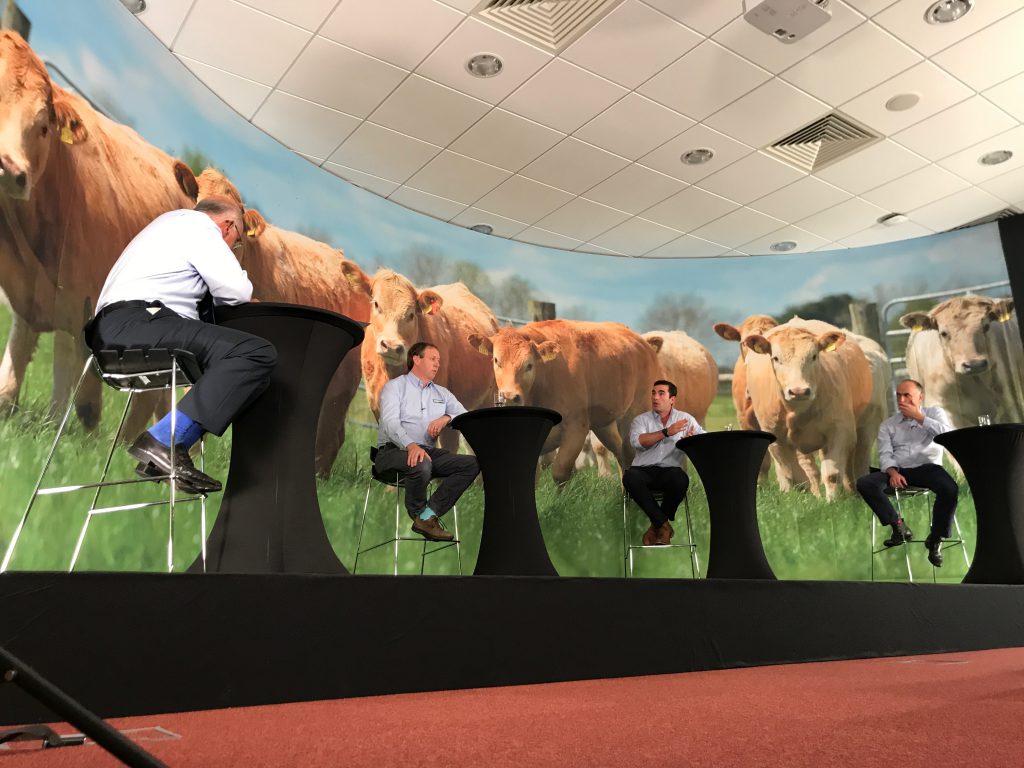 If you can get that right, it will help to maintain clover within a sward long-term. As well as that, if you can keep a short grazing rotation in the middle of the season of 20-25 days so that swards are grazed tight enough, it will mean that the grass plant won’t be able to tower over the clover plant and smother it out.

However, after four or five years, you will see a decline in clover in a sward. Although, if you can oversow 15-20% of your farm every year, it will be a benefit in the long run in being able to maintain that clover.

If you can, target the older swards if you are planning to oversow. In an oversowing scenario, ideally, you should be including 2-2.5kg/ac of clover seed.

Can there be too much clover in a sward?

There can be too much clover in a sward. We have seen in some of our trials that if you go above 50% of dry matter (DM) of clover in a sward you can get issues such as open pastures in the spring and low growth rates.

It can also cause animal health problems such as bloat. We would recommend not to incorporate white clover in silage swards because it can lead to animal health issues. 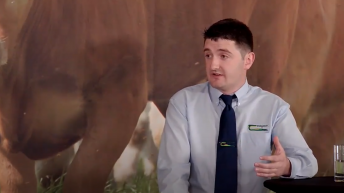