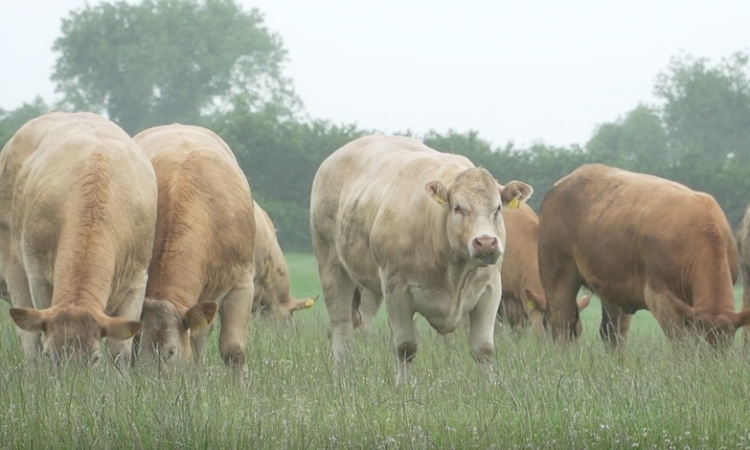 Beef farming in Roscrea, Co. Tipperary, Tim Meagher, is no stranger to clover usage on his farm. In the early 2000s, his farm was involved in Teagasc trials for the establishment of clover.

After a positive result, clover was introduced to a large proportion of the farm at that stage. However, a wet year in 2010 led to a lot of poaching and subsequently a reduction in the amount of clover present.

“I went back with nitrogen (N) after that and had quite a high stocking rate,” Tim explains in the video below.

“I said I have a plot at home that I’m going to try this on and that’s what I’m doing here today. We have this group of heifers using no N on a low-input system and I’m still getting the same results as I was getting beforehand,” he explained.

Tim has used two methods for the establishment of clover.

“Historically, we used oversowing creating small plots at a time. I had a 50% success rate doing that largely because of lack of moisture through the summer and the clover seed just died off.

“Secondly, we have a tillage enterprise here as well and we rotate that throughout the farm – tillage in a field for three or four years and then go back in with grass seed.

“We introduced more clover seed in the grass – an extra kilogram/ha and that’s how I reseeded this plot,” he added.

Tim has witnessed many benefits from including clover in his paddocks. Firstly, the amount of chemical N fertiliser used on the farm has reduced, if not ceased, resulting in reduced input costs. However, kilograms of beef produced off the farm were maintained.

“I need to do that; I need to sell kilograms of meat off the farm and if I can maintain that with lower inputs, that’s ideal,” he said. 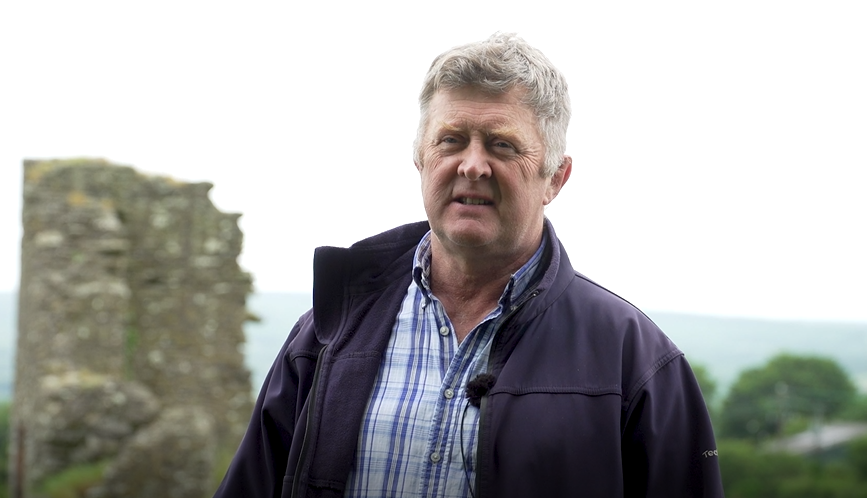 In terms of management, Tim notes that clover swards are no harder to manage than any other grass sward.

“I started off on this plot and I had five paddocks. I then brought that up to 10 paddocks by splitting the paddocks down the middle and I now have gone to 20.

“It gives me much more control over the heifers when we are grazing it in that we can decide to move every day or every 36 hours – as I like doing,” he explained.

Additionally, Tim stresses that soil fertility must be at optimum levels when including clover in a pasture sward.

“A third of the farm is soil sampled every year and decisions are based on those results, with a target of getting to or maintaining a soil index of three.

“We spread the P [phosphorus] and K [potassium] throughout the season – not all at the front or backend. I think it helps the clover throughout the summer with a little bit of a boost at times. If I’m spreading lime, it’s normally done in January,” he said. 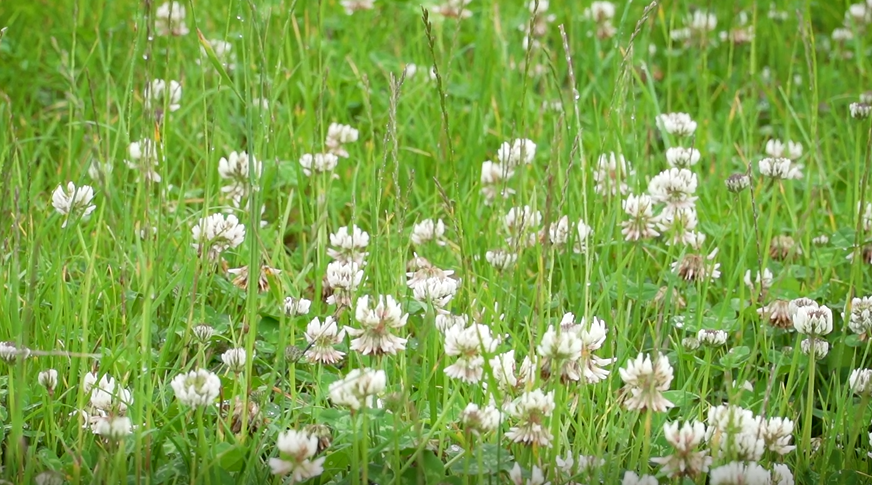 “The plan for the future would be that we will continue to use clover. So, I hope to have no N on this plot, plus maybe introduce it to more of the farm as we move forward,” he concluded. 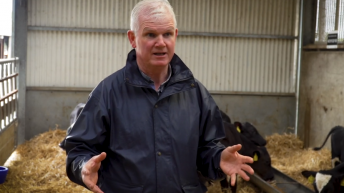 A vet’s view to herd health in Teagasc Grange