Grass growth: The grass is jumping out of the ground…in parts

That long-awaited rain finally hit last week, but has created huge variations in grass growth rates across the country.

Rainfall amounts were highest in the midlands and west of the country and lowest in the southern and eastern coastal areas.

Looking at the soil moisture deficits (SMDs), some parts of the northwest have reached saturation, with deficits still remaining large in the south of the country – which is affecting growth rates. 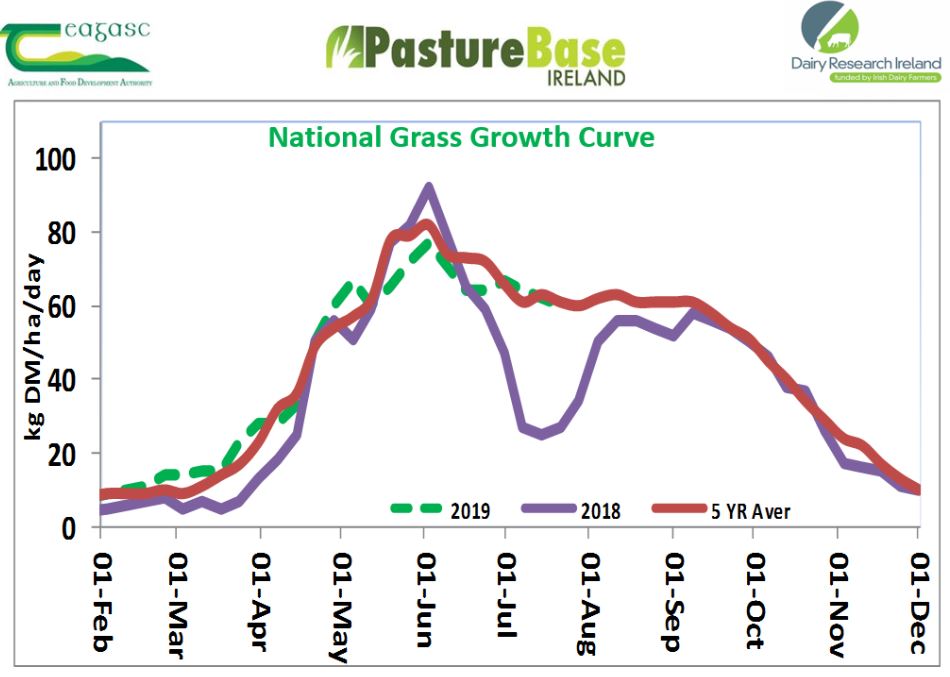 According to Met Éireann, SMDs will “decrease in the western and southern areas in the next seven days, but will increase elsewhere”.

For next week, Met Éireann is predicting more unsettled conditions with above average rainfall, so hopefully more rainfall will hit southern areas.

Plan for the end of fertiliser use

It is about time to review the amount of nitrogen (N) used on the farm this year versus your farm’s allowance, and plan from there.

We are nearly at the end of July which means there may be only two rounds of N dressings left – between now and the year end – of approximately 28 units/ac each.

The second-last round is due out now, and the last round in early or mid-September. Many farmers opt to bulk spread the last application promoting grass growth until closing and over the winter.

If you haven’t already done so, switching to protected urea should be considered. It is about 10c/kg of N cheaper than CAN; so, it saves you money and reduces greenhouse gas (GHG) emissions.

If soil indexes for potassium (K) are low, August is the best month to apply K.