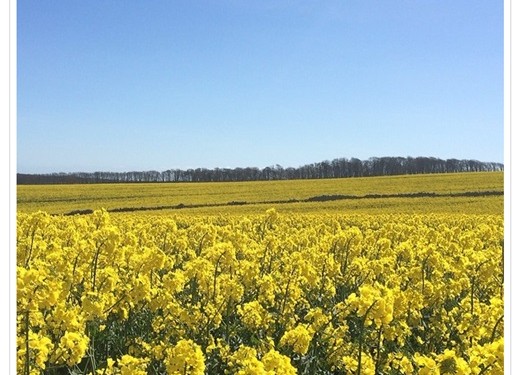 Heavy infestations of pollen beetle are now apparent in winter oilseed rape crops across the south east of the country, according to Teagasc Tillage Specialist Ciaran Hickey.

“Normally, this is a problem with spring crops only,” he said.

“However, the past week of hot weather has encouraged a tremendous growth in beetle populations, who are now making a beeline for pre-flowering oilseed rape crops. If not treated, these insects will cause significant damage, as they eat the flower buds.

“The accepted pollen beetle threshold, which growers can live with, is in the range 20 to 30 insects per plant. Growers should spray with an approved aphicide as soon as beetle numbers rise above these levels.

“Teagasc is strongly advising growers to walk their winter rape crops now. It will become quickly apparent if a beetle problem does or does not exist.”

The Enniscorthy-based advisor confirmed that spring barley sowing has continued apace this week.

“There is a large area of malting barley grown in the Wexford area,” he said.

“Crops sown out three to four weeks ago are currently being top dressed with nitrogen. This adds to fertiliser that would have been applied to the seed bed. The target overall N application level for malting barley crops is in the range 110 to 120 units per acre.

“The protein content of malting barley is a critically important component of crop quality. Growers are targeting a final protein threshold of between 8.8% and 10.0%.

“Sulphur is now recognised as an important fertiliser source for malting barley crops. Spreading Sulfa Can is the most effective way of meeting this requirement.”

Hickey admitted that the new greening regulations had caused headaches for malting barley growers in the south east this year.

“Farmers who would have traditionally grown the crop year-in, year-out as a stand-alone tillage enterprise must now establish an agreed rotation programme,” he said.

“In practical terms this means reducing the malting barley acreage by 20% and including winter barley and/or beans in their overall planting programme. Initially, it was thought that growers could circumvent the greening requirement. But this did not turn out to be the case.”