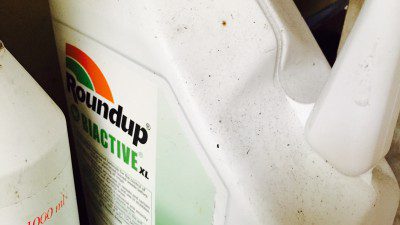 EU Member States today supported a European Commission proposal to restrict the conditions of use of glyphosate in the EU.

It comes following a decision in recent weeks to extend the current market authorisation of the well-known herbicide by 18 months.

The Member States today voted in favour – in the Standing Committee on Plants, Animals, Food and Feed (meeting of national experts) – a proposal by the Commission, to restrict the conditions of use of glyphosate in the European Union.

These conditions include a ban of a co-formulant (POE-tallowamine) from glyphosate-based products.

POE-tallowamine, one of the co-formulants used for glyphosate-based products, has raised concerns regarding its toxicity.

Other restrictions include obligations to reinforce scrutiny of the pre-harvest use of glyphosate as well as to minimise the use in specific areas (public parks and playgrounds).

The proposal was made in parallel with the extension of the approval of the Glyphosate for the limited time. And it will apply for the duration of the extension until ECHA issues its opinion.

The announcement by the Commission last month to grant an extension to Glyphosate’s authorisation came as some relief to farmers who said that the failure by the EU to renew the approval of the herbicide glyphosate in the absence of alternative active ingredients to control economically important weeds will deliver a killer blow to the Irish and wider EU tillage sector.

Following the failure of Member States to reach a decision over the past number of months, the Commission had until June 30 to decide whether or not to renew the chemical.

This following a European Food Safety Authority (EFSA) report in November of 2015 which also found that glyphosate is unlikely to pose a carcinogenic hazard to humans.

Meanwhile, a contrasting report by the International Agency for Research on Cancer (IARC) in March last year, found that glyphosate probably has the potential to cause cancer in humans.