Proper grass measuring and budgeting is simply a matter of trusting the figures, according to Agriland’s Farm Free Competition winner Michael Harlin.

Earlier this year, the Meath-based dairy farmer was announced as the the winner of the Agriland Farm Free Competition, making him one of the luckiest farmers in Ireland.

As part of the competition, Harlin won a year’s free subscription, training and support to the full suite of Agrinet products which included grass management, herd and farm account software. 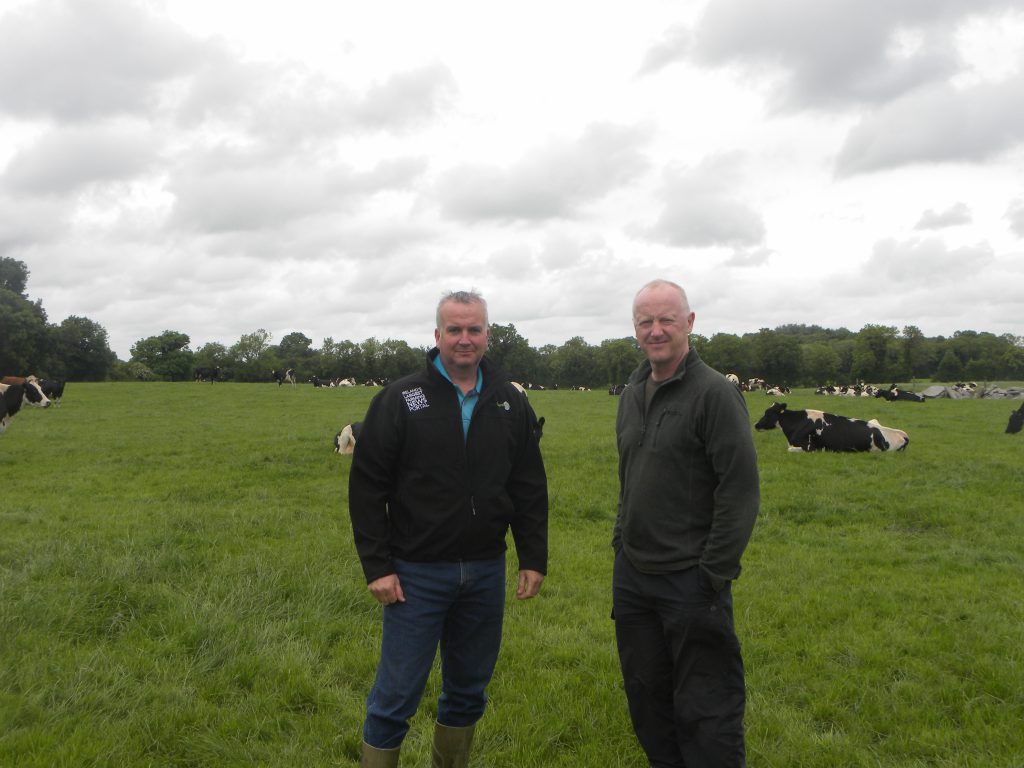 Recently, Barry Lynch of Agrinet gave the Meath farmer an intensive workshop on grassland budgeting and how to get the best results from the software on his farm.

The day kicked off with a grass measuring refresher course, which seen both Lynch and Harlin walk every paddock on the farm to assess the amount of grass available for the herd of 118 cows. 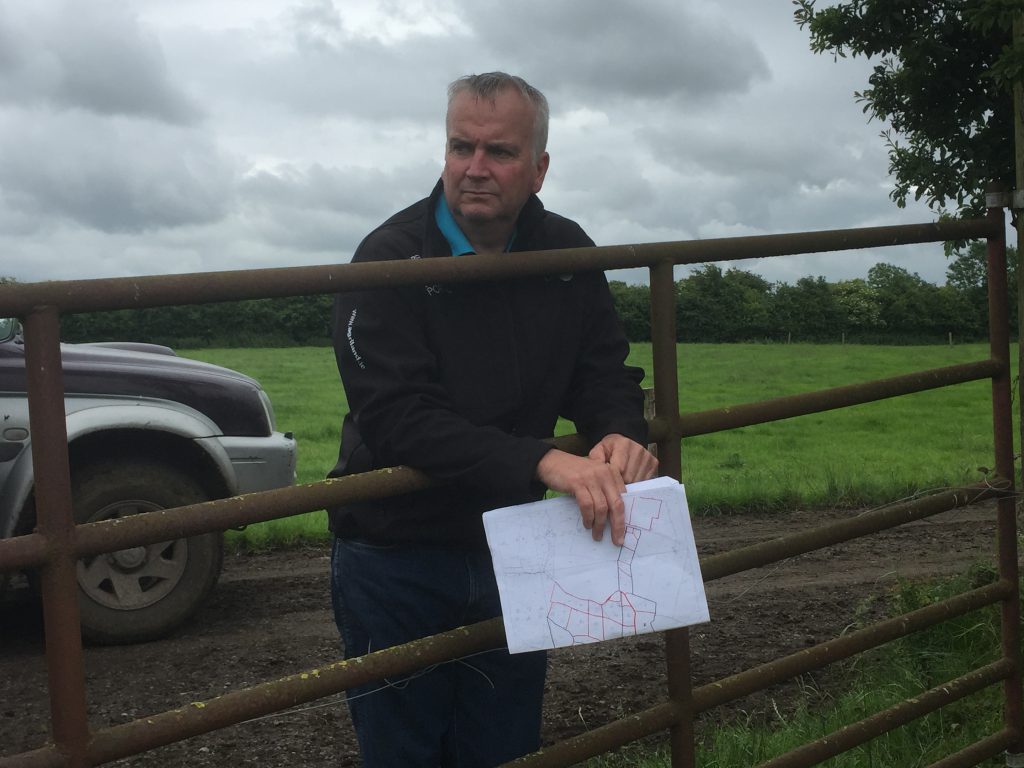 Budgeting decisions made at the kitchen table

After getting accurate covers from each paddock on the farm, Lynch and Harlin began to upload the information onto the Agrinet grass measuring system.

Back in the house, Lynch showed the Farm Free winner the workings of the Agrinet site and how to enter the data correctly.

Once the covers were entered, Lynch explained how to read the data and how to find important figures like the average farm cover, cover per cow and grass grown on the farm to date. 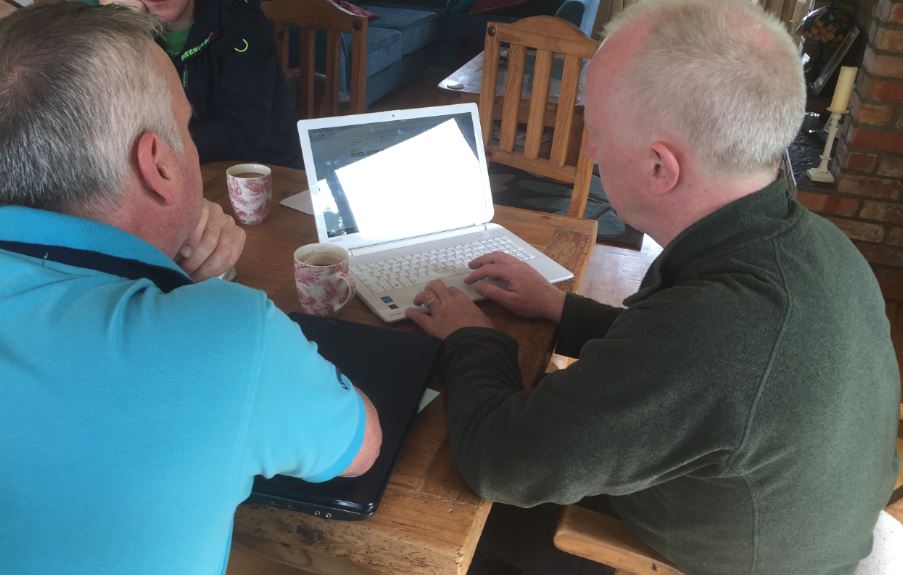 Lynch also said that the graph produced is the easiest way to understand the grass situation on the farm.

He explained that the demand line stretches across the width of the graph and it shows how much grass the cows in the herd need.

If the bars on the graph fall below the demand line, he said it indicates that the farm is running short of grass and supplementation with meal or silage should be considered.

However, if the bars on the chart pass the demand line, it shows that there is more grass than the cows need and farmers may be able to take out surplus grass as bales or increase the stocking rate on the grazing platform. 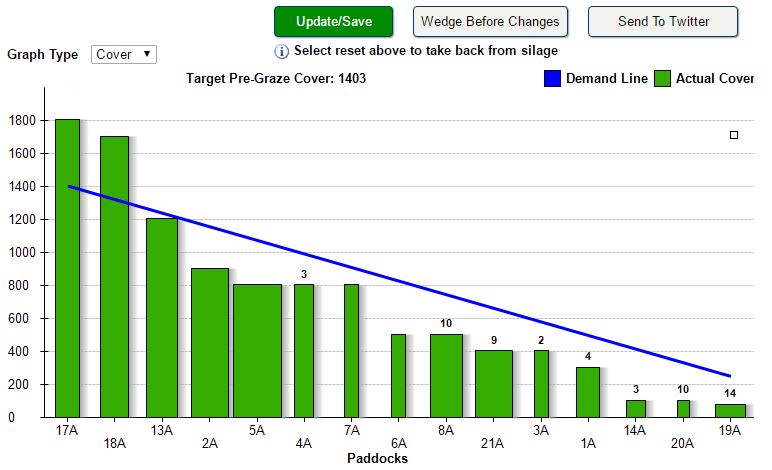 Was there too much grass on the winners farm?

After entering the data into the Agrinet system and carefully examining the graph generated, both Lynch and Harlin agreed that one of the heavier paddocks ( either17A or 18A) could be taken out as silage.

These two paddocks had covers in-excess of 1,700kg of Dry Matter per hectare and were starting to get stemmy and as result the milking performance of the cows would drop if they grazed both paddocks.

Harlin added that it is all a matter of trusting the figures and had he not been using the software the cows would have grazed these paddocks next.

I have paddocks to take out, so it would be no problem to take out the extra grass as silage. That would be the reasonable call.

He also said that using the software allows you to easily see how much grass you have on farm, which is important when making grazing decisions.

“The easiest option is to leave the paddock and graze it, but it is all about trusting the figures,” he said. 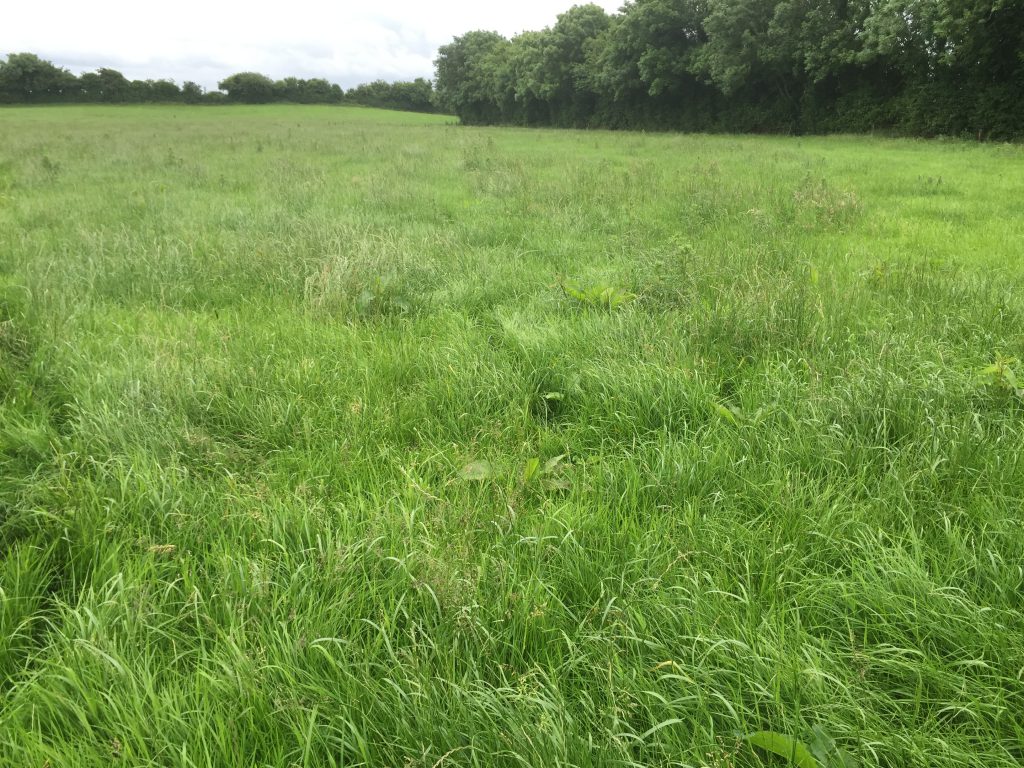 Paddock 17A had a cover of 1,700kg Dry Matter per hectare and was ear marked for silage

Harlin said that he has seen an improvement in milk solids production since he started measuring grass earlier this year.

He also said that he will continue to measure and budget grass on his farm on a weekly basis, as the results so far have been better than expected.

Is this Ireland's luckiest farmer?

'Not measuring grass is like driving a tractor without diesel'