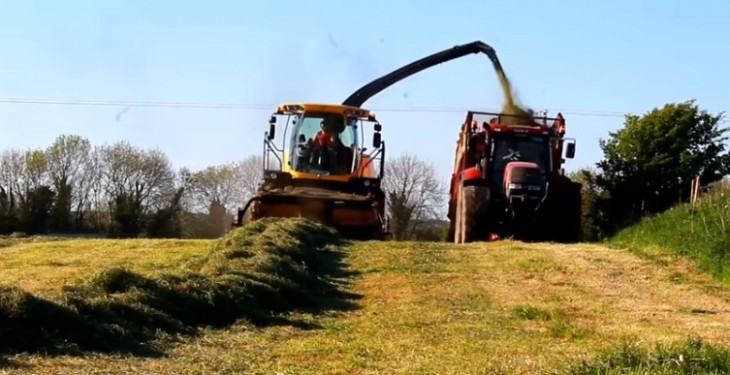 The week is forecast to start off with sunshine and showers, while from Thursday on it will become more humid and warm with temperatures in the twenties, Met Eireann has said.

It is forecast to be mostly cloudy this morning, but brighter this afternoon and evening, with some sunny spells.

Occasional showers today are in store today also, these generally light, but a few heavy ones in eastern areas, while top temperatures will range between 15 to 19 degrees.

Moderate to fresh west to northwesterly winds will decrease later today and tonight will be mainly dry with clear spells and just a few isolated showers, these mainly in Atlantic coastal counties.

Met Eireann has said that lowest temperatures will range between 8 to 10 degrees tonight, in mainly light westerly breezes.

The coming week is expected to be drier than average, though western coastal regions may receive average or above average amounts.

Meanwhile, windy conditions this week will hamper spraying activities for a time on today, but spraying conditions will improve for Tuesday and Wednesday.

Tomorrow, Tuesday, is forecast to be another day of sunshine and showers, with a few heavy ones in places.

It will be a little fresher, with temperatures of 14 to 18 degrees, in light to moderate west to northwest winds. Winds will continue to ease off through Tuesday night falling light from a westerly direction.

Temperatures will fall back to 8 or 9 degrees tomorrow night and it is forecast to become largely dry with clear spells developing, although there’ll still be a few showers along western and northern coasts.

Wednesday will see most of the country dry with some sunny conditions developing but Met Eireann has said that once again there’ll be showers too, mostly well scattered and fairly light and dying out in the evening.

Temperatures on Wednesday afternoon will be still rather low for the time of year at just 15 to 17 degrees in moderate northwest winds.

The winds are to decrease light later and temperatures overnight will come back to 8 or 9 degrees once again with clear skies.

According to Met Eireann, Thursday will be a rather cool day with southwesterly winds bringing some rain on to the west coast, while the eastern half of the country will fair better with mainly dry weather for much of the day.

The rain is then forecast to spread further east late in the afternoon or evening and then clearing eastwards overnight, possibly turning heavy before it clears the east coast on Friday morning.

Current indications suggest that the clearing rain will introduce a much more humid and warm airmass as winds become southerly in direction for Friday and temperatures rise to the twenties.

It is forecast to be mainly dry with some good spells of sunshine too although the high temperatures and increasing humidity increase the risk of showers developing and there are also likely to be sea breezes in the afternoon.

For the next weekend, it looks set to be warm and mainly dry weather however there’s also a risk of a few showers developing here and there.