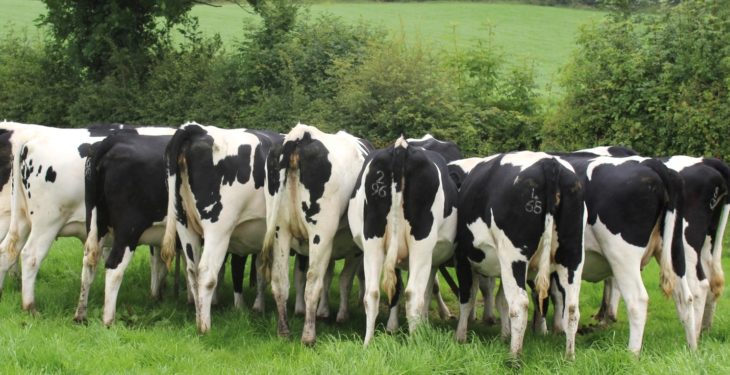 And just for good measure the opposing goal keeper has opted to leave the field-of-play altogether.

Volatility remains the greatest challenge facing the dairy sector. The lessons of 2009, 2012 and 2015 should still be fresh enough in all our memories to make this assertion an unequivocal fact.

So hats off to Glanbia for coming up with a scheme that provides farmers with a strong element of certainty, from both a milk price and feed cost perspective.

It’s not often that any sector of Irish agriculture is presented with a win-win scenario. However, the recent proposals emanating from the powers-that-be in Kilkenny are, in my opinion, pretty close to meeting this definition.

Certainty is a very powerful concept within any business context. In the first instance, it provides the parties involved with an ability to accurately project their cash flows and income scenarios moving forward. This, in turn, ticks all the boxes with organisations like the banks.

The potential for growth within Irish dairy is immense. But this must be put on a sustainable footing. The last 24 months have seen significant number of new entrants coming into the industry. They have brought with them a tremendous enthusiasm for what is their new way-of-life.

However, they have also amassed significant investment costs, in terms of getting them to where they are today. And it is this grouping, more than any other, which will benefit most from the Glanbia offer.

Adding to the attraction of the co-op’s plan is its recognition of the role that will be played by young farmers within the dairy sector.

It also builds on the previous dairy support measures put in place for Glanbia members.

The history of Irish dairy over the past 10 years has been one of feast followed by famine and then more of the same. There is a line in the recent Deadpool movie, emanating from the star of the piece Ryan Reynolds, characterising life as an endless series of train-wrecks with only brief, commercial-like breaks of happiness.

No doubt, every milk producer in Ireland can fully appreciate this sentiment. The good news is that Irish dairy is in a good place at the moment. Prices are at sustainable levels and the short-term prospects for the industry as a whole seem to be moving in the right direction.

But who knows where we will be in 12 months? The outcome of the upcoming Brexit deal has yet to be determined while global production trends alone could act to dampen future milk prices.

As the old saying goes: a bird in the hand is worth two in the bush. Above all else, the Irish dairy industry needs stability moving forward. And I firmly believe that the Glanbia combined milk and feed price offer meets this requirement in spades.