Glanbia has defended its plans to increase the salaries of two of its highest ranking directors after some of its shareholders were advised to reject this plan.

At the group’s annual general meeting (AGM) next week, shareholders will be presented with a plan to increase the salaries of group managing director Siobhán Talbot and group finance director Mark Garvey.

According to Glanbia, of the approximately 20 resolutions that will be put to investors at the AGM, these two companies were in favour of all of them except the salary proposal.

In the Glass Lewis report, provided to AgriLand, the firm says: “Glass Lewis has severe reservations about supporting the remuneration report at this time…we are concerned by the significant salary increases awarded to the group managing director and the group finance director.”

According to the agri-food company, the discrepancy between itself and these groups has arisen because of different methods used for calculating salary.

“Base executive salary is set by reference to the relevant market median of Europe and the US, based on independent evaluation against appropriate peer companies,” said a Glanbia representative in a statement to AgriLand.

Separately, a Glanbia spokesperson who spoke to AgriLand further argued that one of the advisory firms, ISS, had primarily looked at comparable salaries among its client companies in Ireland and Europe to determine if a change of remuneration for these executives was appropriate.

Glanbia, on the other hand, mainly looked at salaries in Ireland and the US when it was determining the change in pay. This, the group says, is because 80% of its earnings are in US dollars.

As well as that, Glanbia also argues that it is “important to retain senior leadership” at a “time of significant planned transition for the board”.

The planned salary changes have the support of shareholders, according to Glanbia.

At the company’s AGM in 2018, the remuneration policy was approved by 99.8% of shareholders. Glanbia claims the group argues that these salary increases follow on from that policy.

Glanbia also said that both advisory groups were in favour of that policy when it was presented last year.

The spokesperson also claims that, following consultations with investors on this change, the response has been positive. 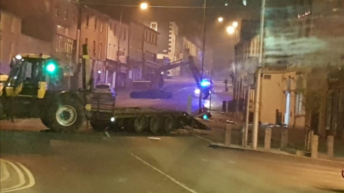