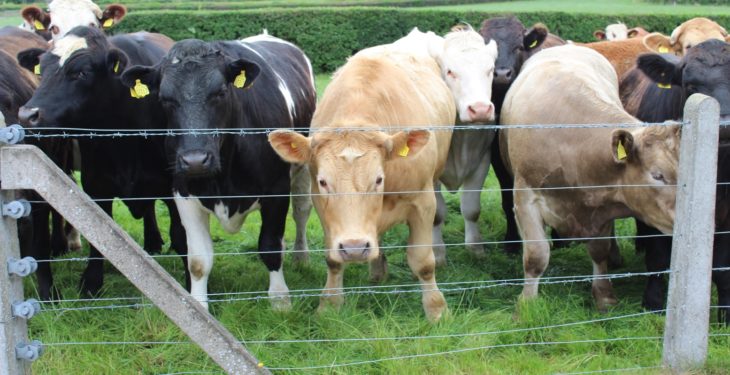 Economist Jim Power has confirmed he is continuing to conduct interviews and compile the necessary information with regard to his review of the beef sector.

The former chief economist of Bank of Ireland is carrying out the beef review on behalf of the Irish Farmers’ Association (IFA).

The review aims to “bring more transparency to the beef sector” and will explore a number of areas including: Common Agricultural Policy (CAP) direct payments; supply chain; beef price index; feedlot specifications; and oversight which will examine the effectiveness of department inspectors and controls in factories on classification, trim, weights and prices.

Speaking to AgriLand, Power said that he has already determined that “beef is in serious, serious trouble”.

“I am still meeting lots of people; just last week I spoke with IFA’s livestock committee; I’m meeting people across the country and have compiled a lot of information in relation to all of this,” he added.

One thing is for sure – and it is very clear that as a farming sector – beef is in serious, serious trouble.

Power went on to say that over the past few weeks he has been afforded ample opportunity to gather information in respect of the matter.

He also pointed to the Oireachtas Joint Committee on Agriculture, Food and the Marine – which took place on Tuesday, April 16 – and highlighted the difficulties posed by sentiments that were expressed on the day suggesting there was a cartel operating within the beef sector.

“I have gathered a lot of information in terms of prices and the factories at this stage. I know that following the Oireachtas meeting there was a lot on social media about a cartel operating in the beef sector – but that is something that has to be proven – and I would imagine that the competition authority is perhaps the only entity that could do that,” he added.

I’m compiling the facts as I go along and next week I go to the UK where I am meeting with purchasers of Irish beef there.

“I want to discuss with them the quality that they expect – I want to determine if these standards measure up.”

Before concluding, Power pointed to the beef supply chain.

He says that relative to the dairy sector it is not integrated.

“The other thing that strikes me is in regard to the whole supply chain in beef relative to the dairy sector; it is totally unintegrated and there is no trust there,” he added.