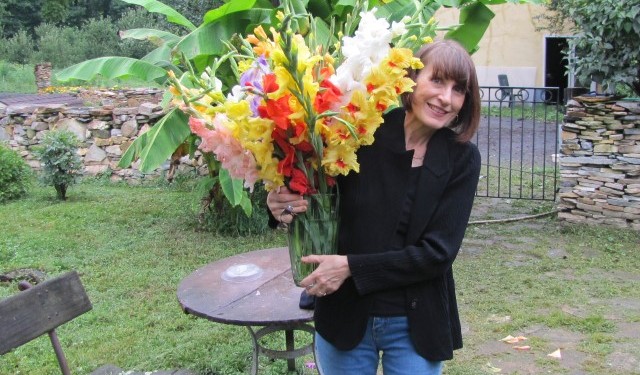 Talks, debates, demos,  Q&A sessions and workshops, will be served up this weekend for the Grow Your Own (GIY) Ireland Gathering 2013.

The event is entering its fifth year and takes place on September 14th and 15th 2013 as part of the Waterford Harvest Festival in Waterford City.

One of the highlights of the weekend will be the debate asking if Ireland needs GM foods. Following last year’s controversial field based trial by Teagasc of a GM potato, the debate will ask if this trial is just the beginning, if we need GM potatoes in the wake of threats of potato blight and what is the full story with GM? The debate will be hosted by RTE’s Ella McSweeney.  Senior Research Officer of the Teagasc study, Dr. Ewen Mullins will be joined by Dr. David Shaw the head of the Sarvari Research Trust, a not-for-profit that breeds low-input, blight resistant non-GM potatoes; chair of Slow Food Ireland Darina Allen and founder of SPUDS Kaethe Burt O’Dea.

Wenonah Hautor (pictured) will be the keynote speaker. The author of Foodopoly grew up on a family farm that her husband runs today as a Community Supported Agriculture Project (CSA), which is part of the growing local food movement and she’s also the executive director of Food and Water Watch.

Other talks and debates include a talk outlining what exactly “food empathy” is, and a talk starting with the provocative question; “Can urban food save the world?”

This event is aimed at anyone with an interest in GIY, from seasoned veterans to those hoping to plant their first seeds and anyone with a curiosity of where their food comes from.