Getting results in Dairygold 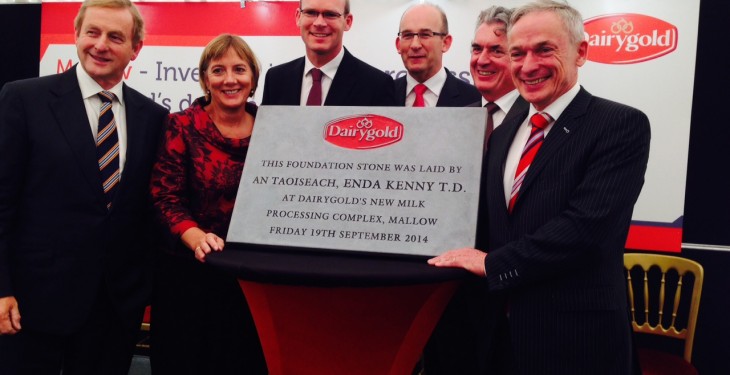 Dairygold recently unveiled expansion of its site in Mallow.

Getting results in Dairygold doesn’t happen by accident and are driven by a culture of performance, according to Dairygold CEO Jim Woulfe.

Speaking at the Nuffield farming scholarships annual conference, he said that the three essential components of good leaders are: passion; moral character; and vision.

His advice to the Nuffield scholars was that fear of failure should not paralyse people and more should be done to recognise achievements.

Good leaders, he said, are driven by passion for their jobs, but they also need to have good moral character. “We have shareholders, customers and employees and people who invested in the business. They have trusted in the business and there is an obligation on us to serve and serve honestly.

“Then you have to have the vision. You must know what the picture is ahead. How people will view the organisation in five or 10 years time. They will remember the organisation and the difference the leadership has made. that has to be executed down through the team.”

He went on to say that 2009 was a defining period for Dairygold. “The perception of the organisation was maybe poor, but the fundamentals were sound. Serious initiatives were being brought in and there was great people in the organisation.

“There were financial challenges, low profitability and high debt. There was also a lack of stakeholder confidence and there was low morale. There was a lot of energy being spending in the wrong areas of being defensive.”

Building the team and getting the right people around you in the right positions, is key to a good team, he said. “It’s not just having a team of stars – that’s not a functioning team – the team must be the star. We have to ensure we get the talent and help it emerge. In an organisation that is 100 years old, there is a lot of generational issues, but continuous improvement is ongoing.”