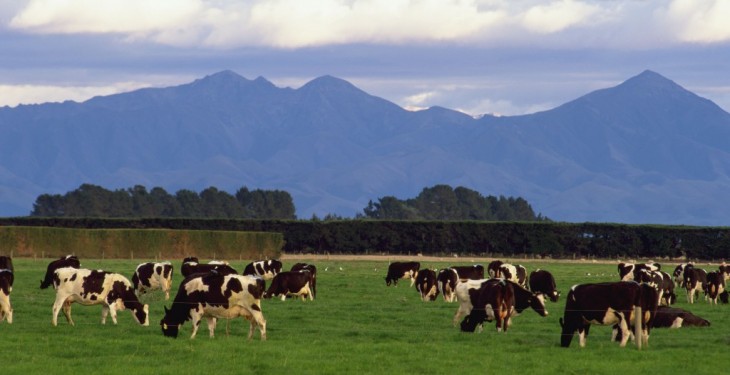 New Zealand bank ASB has cut its 2015/2016 milk price forecast to $5.00/kg after the Global Dairy Trade tumbled for the eight consecutive time.

The latest auction on July 1 fell by 5.9%, its biggest drop since April 1.

ASB says that as dairy markets remain very well-supplied with New Zealand dairy products, and Chinese demand remains weak and this has moved the bank to cut its forecast payout by 70c to $5.00/kg.

With weak demand from China any demand pick-up is now likely to be subdued, the bank says.

It says that weak dairy prices continue to reflect this market imbalance, with the large dip in Whole Milk Powder (WMP) (down 10.8%) indicative of excess Kiwi supply; so what’s got to change for prices to firm?

ASB expects that New Zealand supply will tighten and that production data will be thin on the ground until the new season hits its straps in August.

As a result, markets are unlikely to factor this in until September at the earliest (when August data become available), it says.

The Kiwi bank says that while the prospect of a lower New Zealand Dollar and lower interest rates helps, the new season is shaping up as a tough one.

Dairy prices continue to be at their lowest since mid- 2009 and sit 40% below a year ago, ASB says.

With the exception of Anhydrous Milk Fat (AMF), the remaining products recorded falls.

Unless markets get a firmer pointer of a weak New Zealand production season ahead (or a strong rebound in demand), we expect this to translate into continued weak prices for most of 2015, ASB says.

Chinese demand is weak and unlikely to lift quickly

On the demand front, Chinese consumers remain subdued and June consumer sentiment is well below the average of the past five years, it says.

While these measures are likely to stabilise growth, we now expect that a larger bounce in demand is unlikely, it says.

In particular, any cyclical lift in growth later this year is unlikely to see corporate profits lift to the point where it translates into lifting wages and such as demand for food, including dairy products, it says.

Underlying (and long run) Chinese dairy demand does remain in place, and we continue to view it as positive for dairy in the long run.

ASB says that both Kiwi and Chinese dairy production need to slow over the next year for demand to catch up.

ASB bank says that the falling New Zealand Dollar is partly offsetting some of the dairy auction price falls, but not by enough to prevent its forecast revision.

However, the bank says that it still views dairys long run prospects as largely positive.

As mentioned above the underlying demand growth from markets such as China is still there, but for the moment is being swamped by large (and mostly cyclical) increases in supply.

In addition, ABS has moved its call to three further official cash rate (OCR) cuts (totalling 75 basis points) this year from one previously, for a 2.5% low in the OCR.

This will also offer some interest rate relief to farmers, particularly those on floating rates, it says. 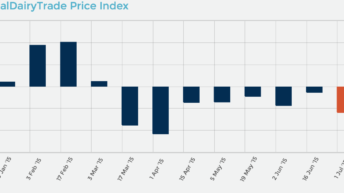 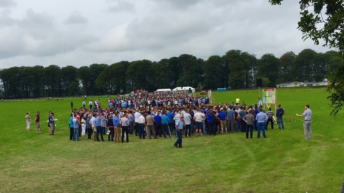